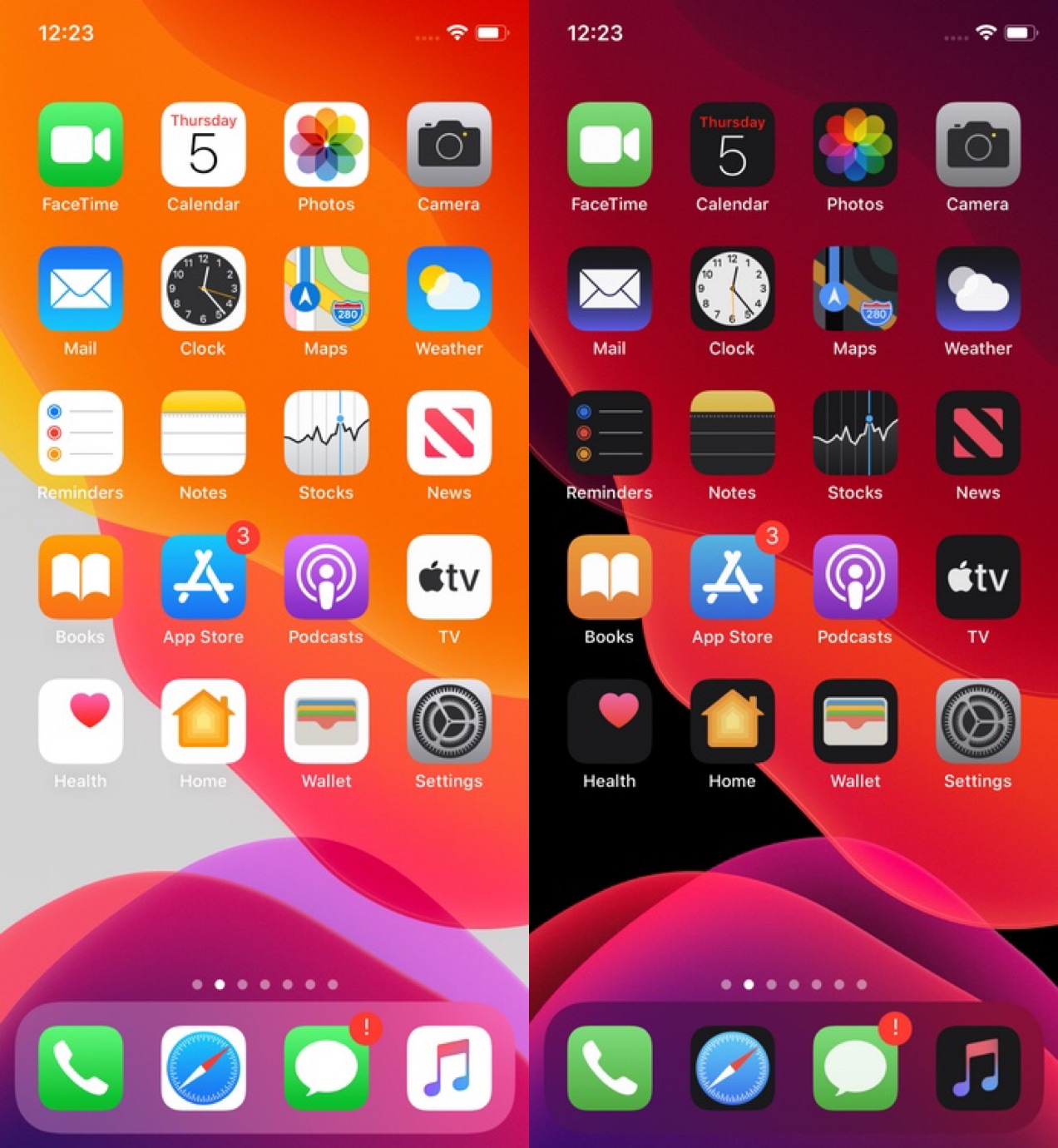 One of my favorite features that shipped with iOS 13 was a native system-wide dark mode that’s both aesthetically pleasing and easy on the eyes at night. Unfortunately, Apple left the Home screen’s app icons out of the picture when making dark mode a reality for stock iOS devices.

Here to address that issue head-on is a newly released jailbreak tweak/theme hybrid called Ayedapt by Surenix – a renowned graphic designer in the jailbreak community.

Depicted in the screenshot examples above and below, Ayedapt transforms your Home screen’s app icons to better align your handset’s dark mode settings: 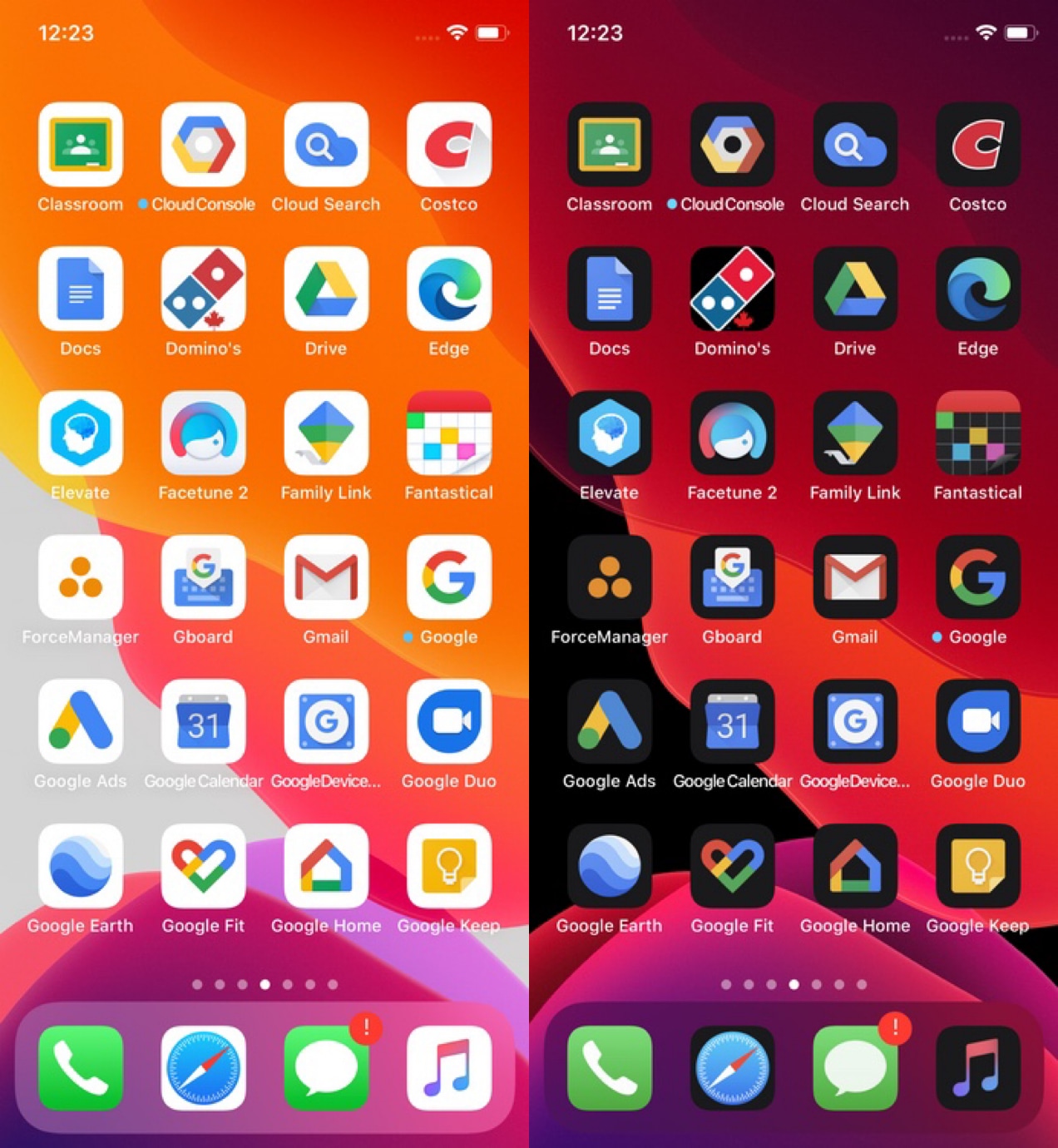 While Ayedapt makes certain system app icons look a whole lot nicer with dark mode enabled, such as the Calendar icon, the Photos icon, and the Health icon among others, it’s worth noting that more than 200 third-party app icons from the App Store are also supported, with a substantial number of those being Google’s notorious all-white app icons.

As we noted earlier, Ayedapt isn’t a jailbreak tweak or a theme, but rather a hybrid between the two. You can either manually designate between light or dark mode-friendly app icons in the SnowBoard theme manager, or you can have iOS toggle between them automatically with iOS’ native dark mode settings located at Settings -> Display & Brightness -> Automatic. Either way, you’ll still need to enable Ayedapt via SnowBoard. 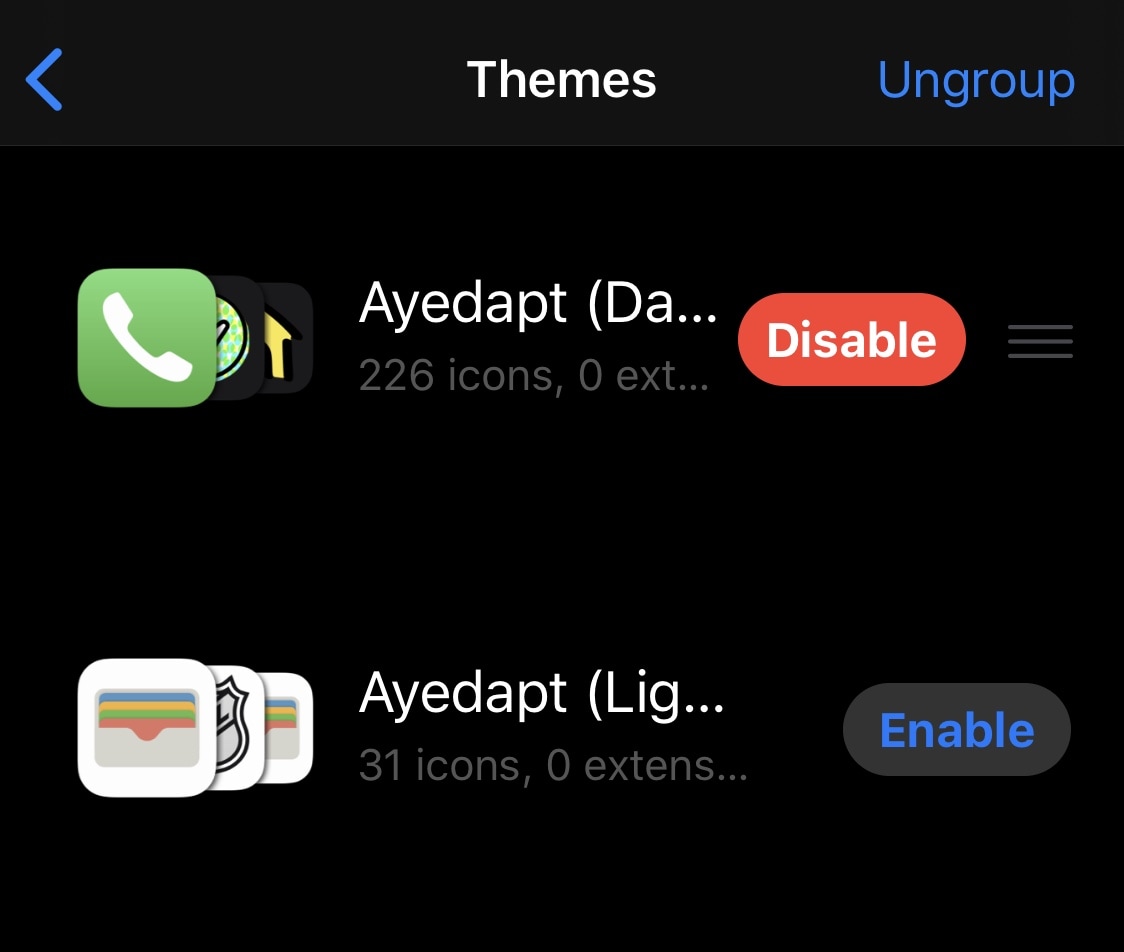 It’s also worth noting that Ayedapt works alongside the dark mode toggle in Control Center, allowing you to control your Home screen’s appearance with just a tap. The flawless synergy with iOS’ native dark mode is rather jaw-dropping to say the least.

For those interested, a promotional demonstration video uploaded by Surenix himself can be found below:

If you’re ready to give your jailbroken iPhone or iPad with iOS or iPadOS or later the refreshing aesthetic makeover it needs, then you can purchase Ayedapt from the Dynastic Repo repository for $2.99 via your preferred package manager.

Will you be downloading Ayedapt? Tell us why or why not in the comments section below.