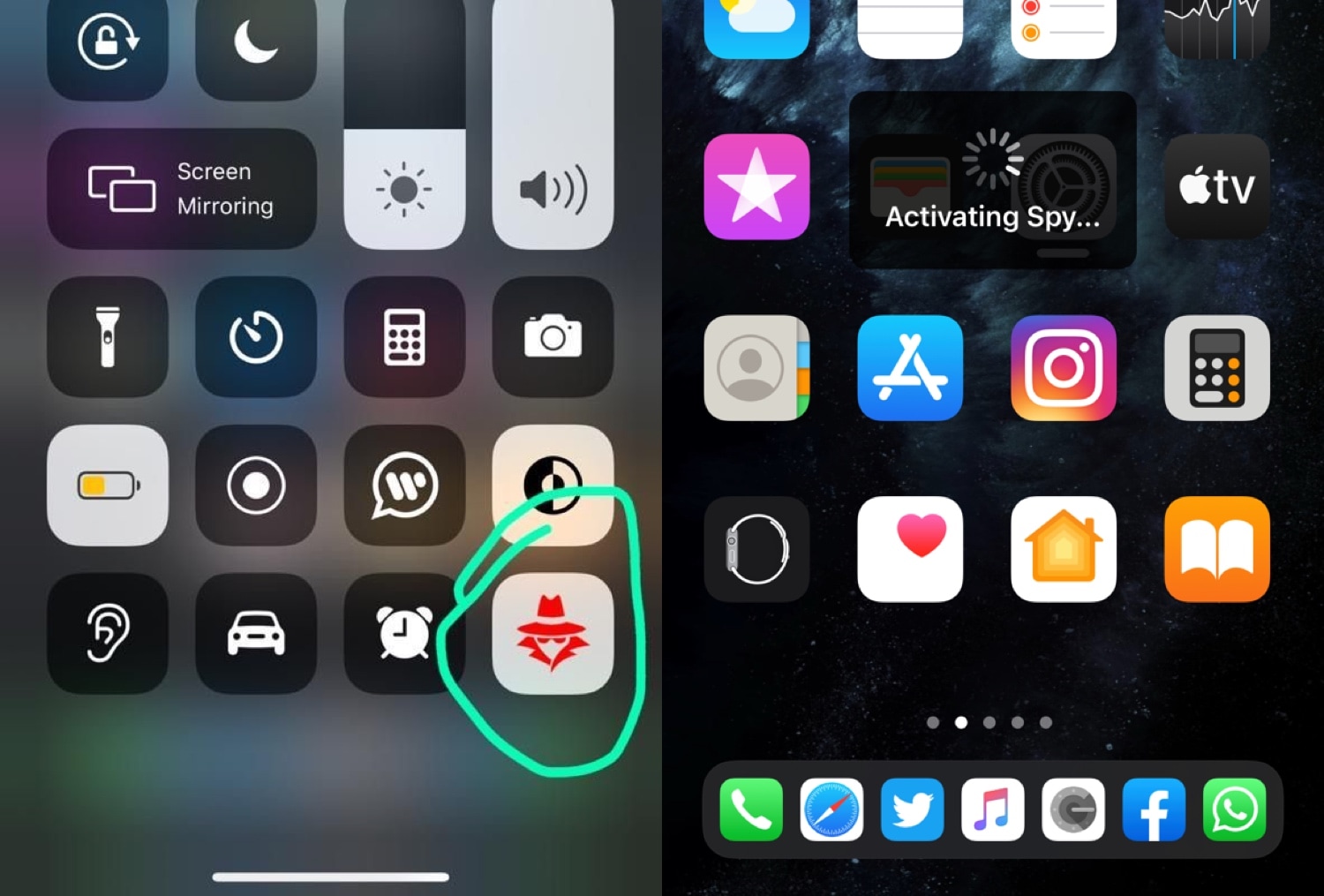 When you’re generous enough to loan your iPhone to a friend or family member, or even worse a complete stranger to make a phone call, one thing that probably weighs heavy on your mind is whether that person is invading your privacy by launching apps they shouldn’t be, such as Messages, Notes, or Photos to name a few.

I’ve found myself in this situation quite a few times myself, and that’s why I’m particularly excited about a newly released jailbreak tweak dubbed Spy by iOS developer Elias. This tweak works to your advantage in situations like the one above by logging the apps that a user opens with the mere flip of a toggle switch.

Spy can be activated one of two ways: 1) by swiping to the right on the Status Bar; or 2) by tapping on a dedicated toggle button in the Control Center interface. Once turned on, the device begins logging what apps are opened and when so that you can see what happened on your device after you get it back from the other user. 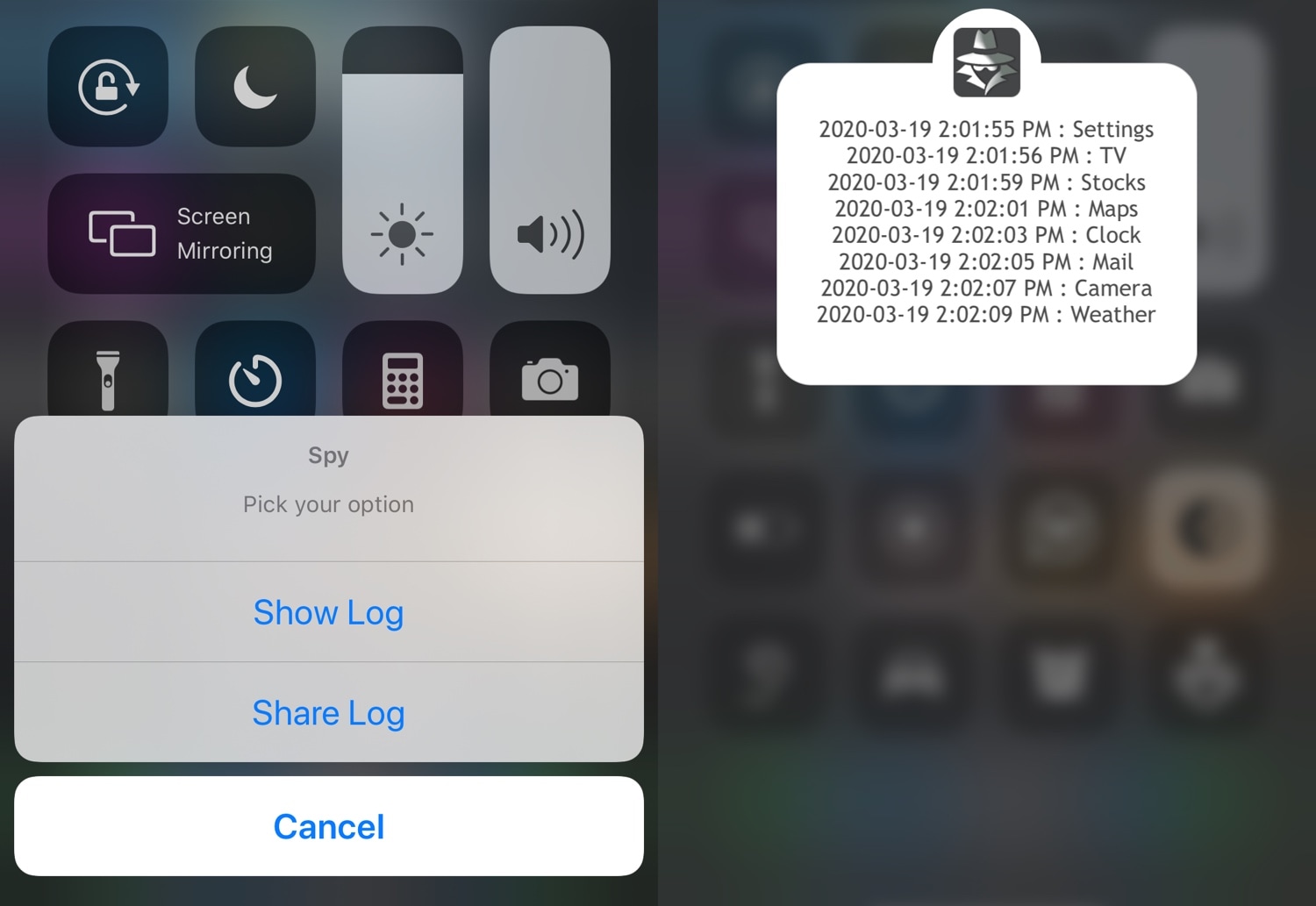 As you can see in the screenshot examples above, Spy lends users the option of showing or sharing their usage log after toggling logging mode off. On the right, you’ll see an example in which the user opened various apps, including Settings, TV, Stocks, Maps, Clock, Mail, Camera, and Weather. If you handed your iPhone to someone to make a call, then you probably wouldn’t expect to see all these apps in this list unless that person was being nosy.

We should also note that Spy can help protect your private information by locking users out of user-designated apps. You can even configure the tweak to fire an alarm when a locked app sees an attempted launch by a user besides you.

Here’s a video demonstration of the tweak at work, provided by the developer:

Once installed, Spy adds a preference pane to the Settings app where you can configure the tweak to fit your needs: 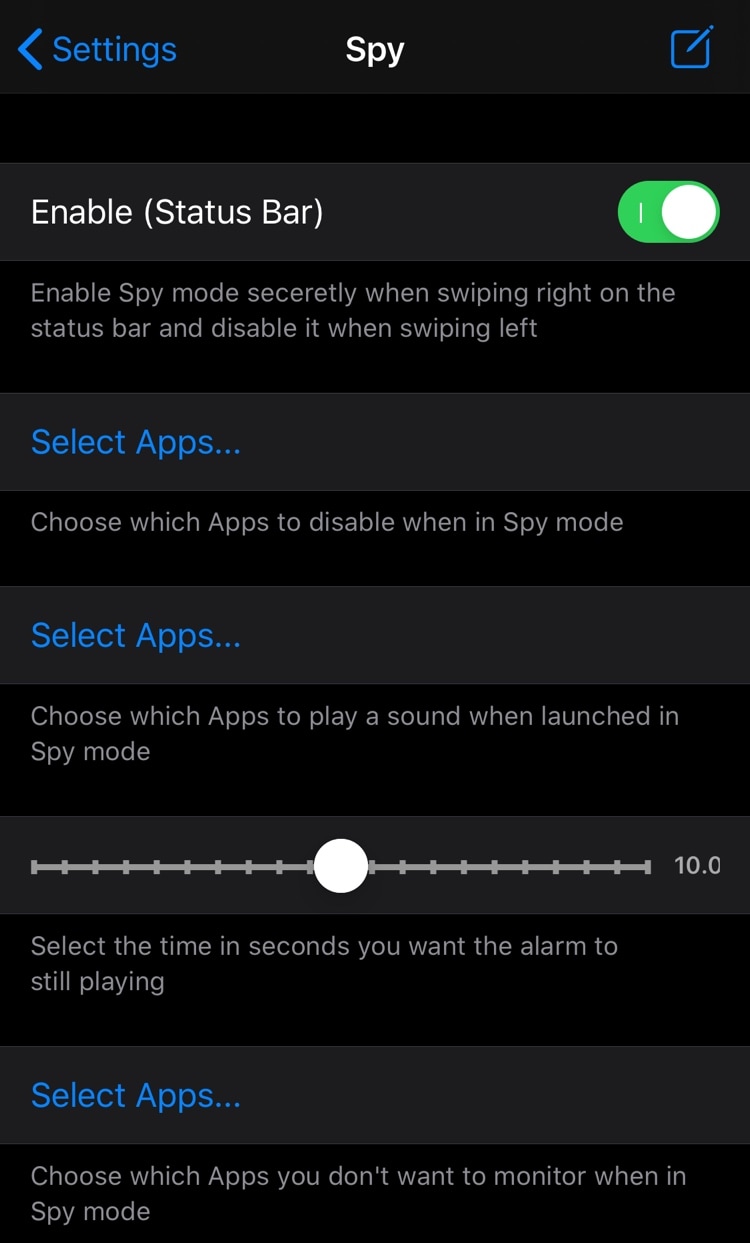 The developer includes an Apply button at the bottom of the preference pane that can be used to save all changes on demand.

Spy is a great solution for paranoid folks who want a better peace of mind when handing their handset off to someone else. It offers a plethora of ways to protect your information and to find out if someone else is mishandling your device and taking advantage of your generosity.

Those interested in trying Spy can purchase the tweak for $1.99 from the Packix repository via their preferred package manager. The tweak supports jailbroken iOS 11, 12, and 13 devices.

Do you have a need for a jailbreak tweak such as Spy? Discuss your circumstances in the comments section below.