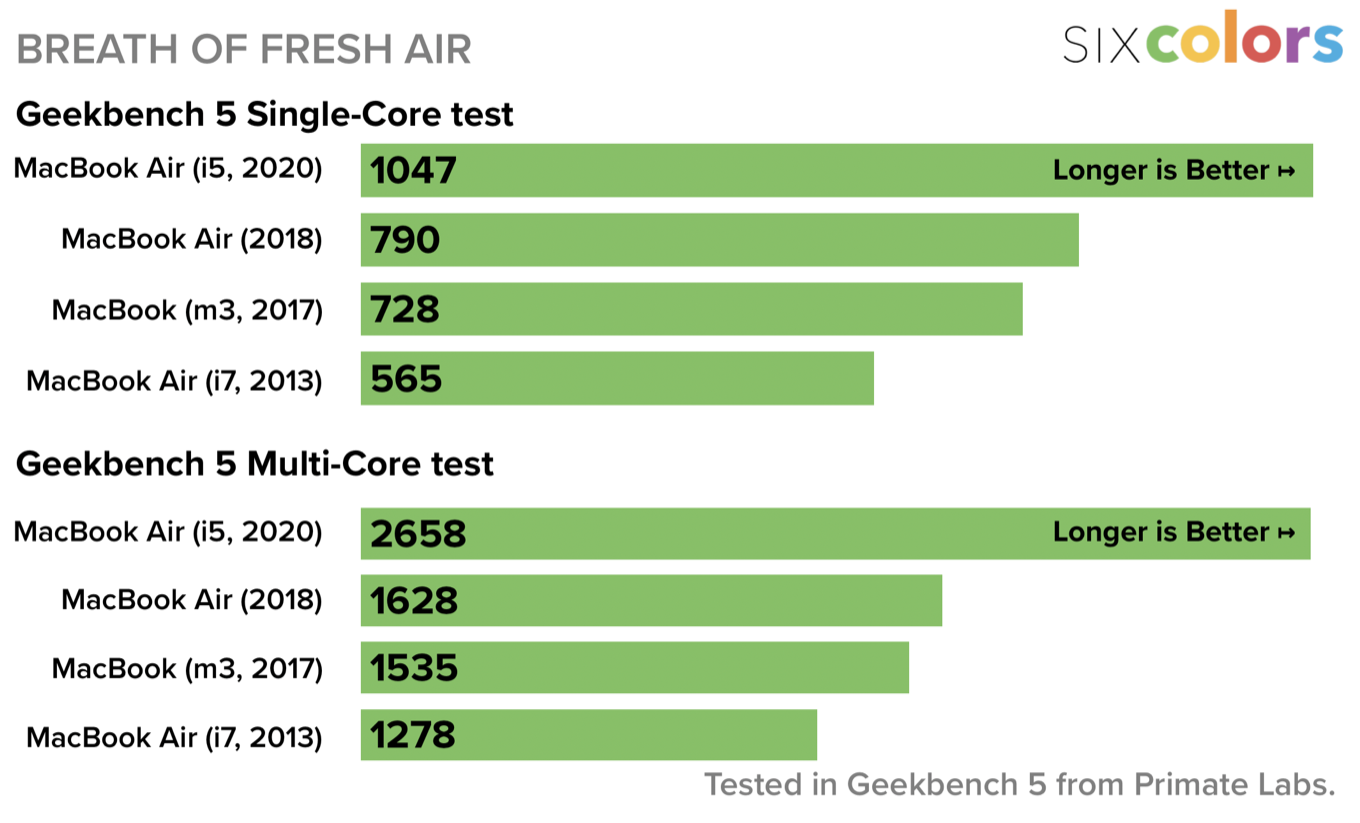 Jason Snell of Six Colors ran the Geekbench synthetic benchmark from Primate Labs on a mid-range version of the new MacBook Air, equipped with Intel’s quad-core 1.1GHz Core i5 CPU.

That configuration produced the following Geekbench scores in Snell’s testing:

By comparison, here are the scores for the mid-range MacBook Air from 2018:

Even if we accept that macOS and iPadOS are different beasts and that a Mac built around Apple’s own A-series processors wouldn’t necessarily score quite as high, it’s a clear sign that Apple’s state of the art iPad processor from eighteen months ago is faster than the mid-range MacBook Air processor today.

MacRumors has averaged Snell’s results for the mid-range model of the new MacBook Air (again, running a 1.1GHz quad-core Core i5 chip) with ten other Geekbench 5 results:

The publication said that these averaged numbers suggest that the mid-range 2020 MacBook Air with a 1.1GHz quad-core Core i5 is up to 76 percent faster than the 2018-2019 model which was only available with Intel’s eighth-generation 1.6GHz dual-core Core i5 chip whereas the current machine is based on the latest tenth-generation CPUs.

On the online Apple Store, you can configure your MacBook Air with up to a 1.2GHz quad-core Core i7 chip featuring Turbo Boost speeds up to 3.8GHz (the base model has a dual-core Core i3 chip). This is the first time Apple has offered quad-core CPUs in the MacBook Air.

As for the baseline 1.1GHz Core i3 configuration, average Geekbench single and multi-core scores are currently 849 and 1,685 respectively, according to MacRumors, suggesting that the entry-level $999 model could be up to ten percent faster than the 2018-2019 MacBook Air.

According to Apple’s official numbers, the new notebook provides up to two times faster CPU performance and up to 80 percent faster graphics performance. The Cupertino company recorded those CPU numbers using a preproduction machine equipped with a 1.2GHz quad-core Intel Core i7 processor with Intel Iris Plus graphics, 16GB of RAM and 2TB SSD. 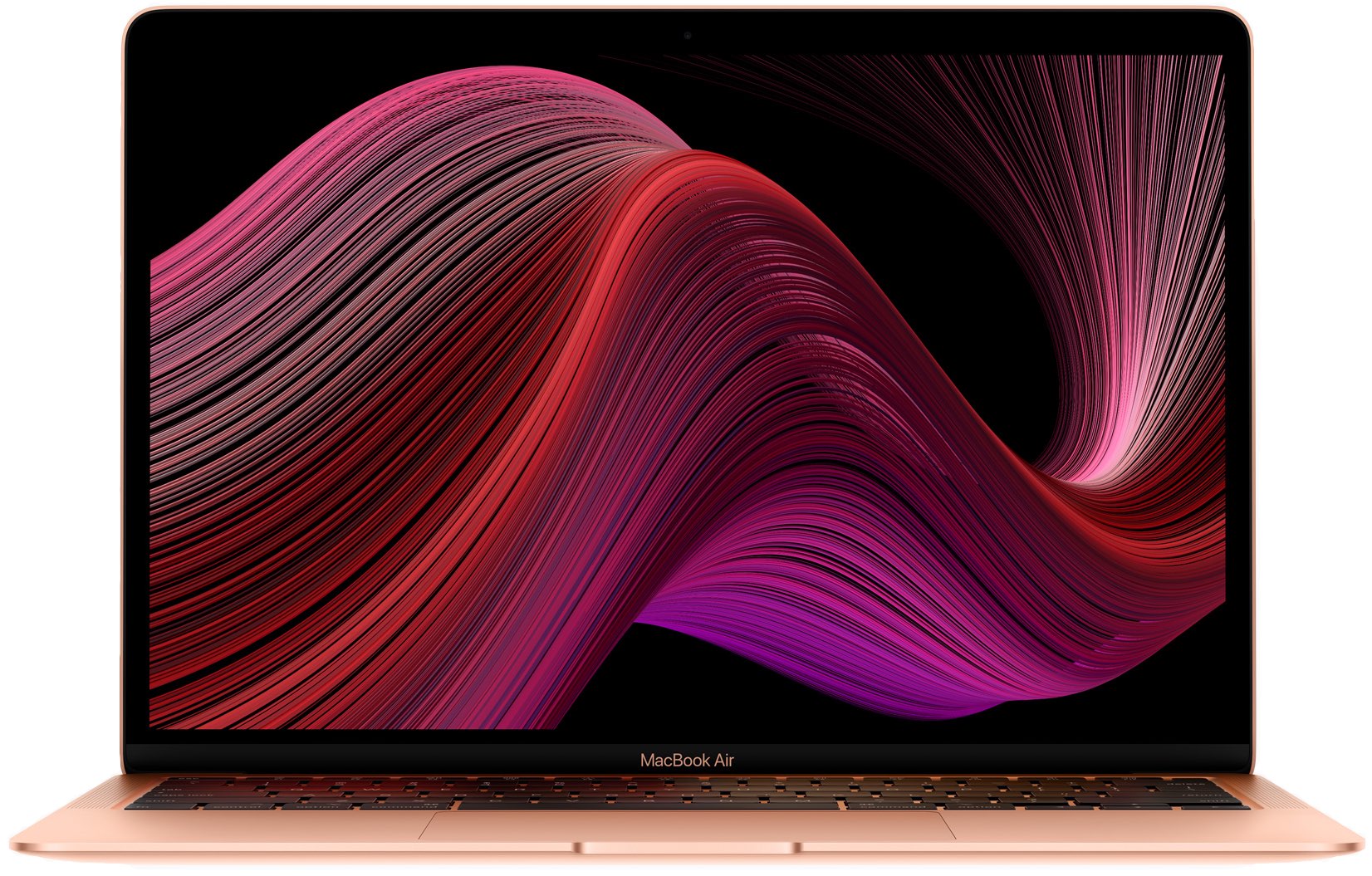 It also ran the same barrage of tests on a shipping model with a 1.6GHz dual-core Intel Core i5 processor, Intel’s UHD Graphics 617, 16GB of RAM and 1TB SSD.

Bottom line: Apple wasn’t lying when it said the new MacBook Air is significantly faster in terms of CPU and GPU performance compared with the previous model.

What do you make of those numbers?