The checkra1n team launched an experimental pre-release build of the checkra1n jailbreak tool Wednesday afternoon with preliminary support for Apple’s upcoming iOS and iPadOS 13.4 release, which Apple intends to release to the public next week. Developers got their hands on the iOS and iPadOS 13.4 Golden Master earlier this afternoon just after Apple finished announcing its 2020 iPad Pro and brand-new Magic Keyboard.

The experimental checkra1n build, dubbed v0.9.9 experimental isn’t available from the official checkra1n website, but rather from a link that was included in one of checkra1n team member Luca Todesco’s Tweets. 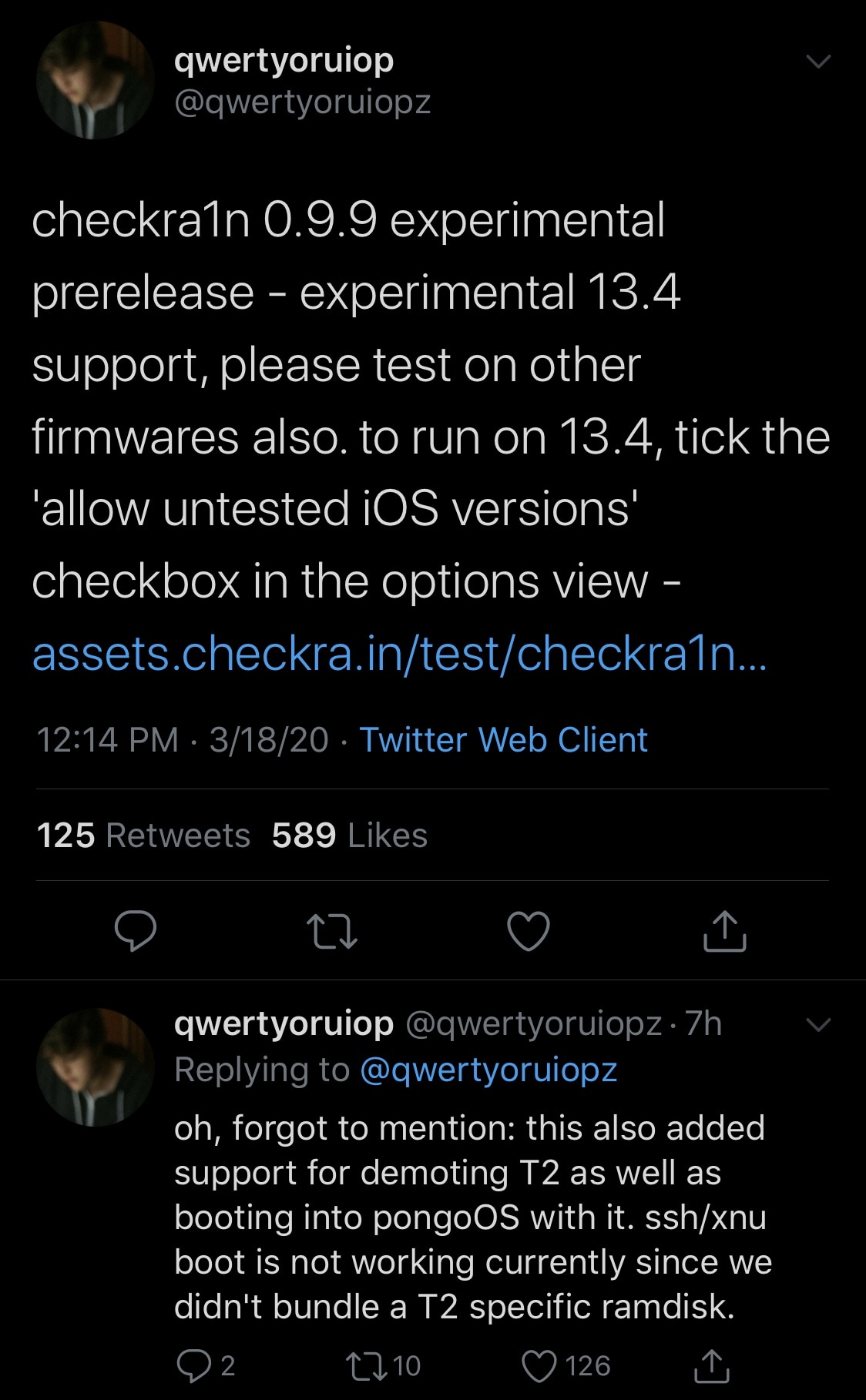 The fact that this experimental pre-release hasn’t been posted on the official checkra1n website should speak volumes about its target audience and purpose. This isn’t something that the average jailbreaker should go out of their way to download and use, but rather something that developers can deploy to ensure that their jailbreak tweaks and extensions work with iOS 13.4 before it launches next week.

Once the update comes out of its experimental pre-release stages, it will likely be published to the official checkra1n website, after which we can recommend that the average jailbreaker downloads the update. But that isn’t yet the case.

Todesco’s Tweet went on to explain that the latest experimental pre-release for checkra1n needed additional testing on other versions of iOS besides 13.4, almost as if to urge experienced members of the community to assist with beta testing. For what it’s worth, there isn’t much risk involved as checkra1n-compatible devices can be pwned on basically any firmware due to the primary exploit targeting the device’s hardware instead of its software.

In a follow-up Tweet, Todesco mentioned that this experimental pre-release also added support for demoting the T2 chip in Macs. This is something that Todesco showed off just over a week ago whilst showcasing a plethora of hacks running on a MacBook Pro’s Touch Bar.

If you aren’t a developer or an advanced jailbreaker, then you should ignore this experimental pre-release and wait for the official public release. Nonetheless, if you feel comfortable in beta testing, then have at it.

Are you excited about how quickly the checkra1n team is working to add support for an unreleased iPhone/iPad firmware? Discuss in the comments section below.