If there’s one thing that’s been around since the dawn of the iOS jailbreak community, it’s the concept of quick application launchers. We’ve witnessed a plethora of different concepts in this department over the years, but one of the latest is a jailbreak tweak being called B3rry by iOS developer MegaDev.

As you can discern for yourself in the screenshot example above, B3rry permits users to configure up to four apps that will appear on the Lock screen at all times for faster access. The app launcher interface appears just beneath the Camera and Flashlight toggle buttons, and right below that, a complimentary and fully customizable waveform-like animation mesmerizes the user at idle.

As for how B3rry works, most would be inclined to think that tapping on the app icons would launch their respective app, but this isn’t the case. Instead, users will need to tap and drag the icon to the bottom-center of their screen (over the waveform-like animation) and release the icon to launch the app. Simple enough, but here’s a demonstration video from the developer just in case you didn’t follow:

As we mentioned earlier, B3rry is fully customizable, and in more ways than one. In addition to picking the apps you wish to have present in the app launcher, you can also customize the aesthetics of the waveform-like animation.

Once you’ve installed B3rry, you’ll find a dedicated preference pane for the tweak in the Settings app: 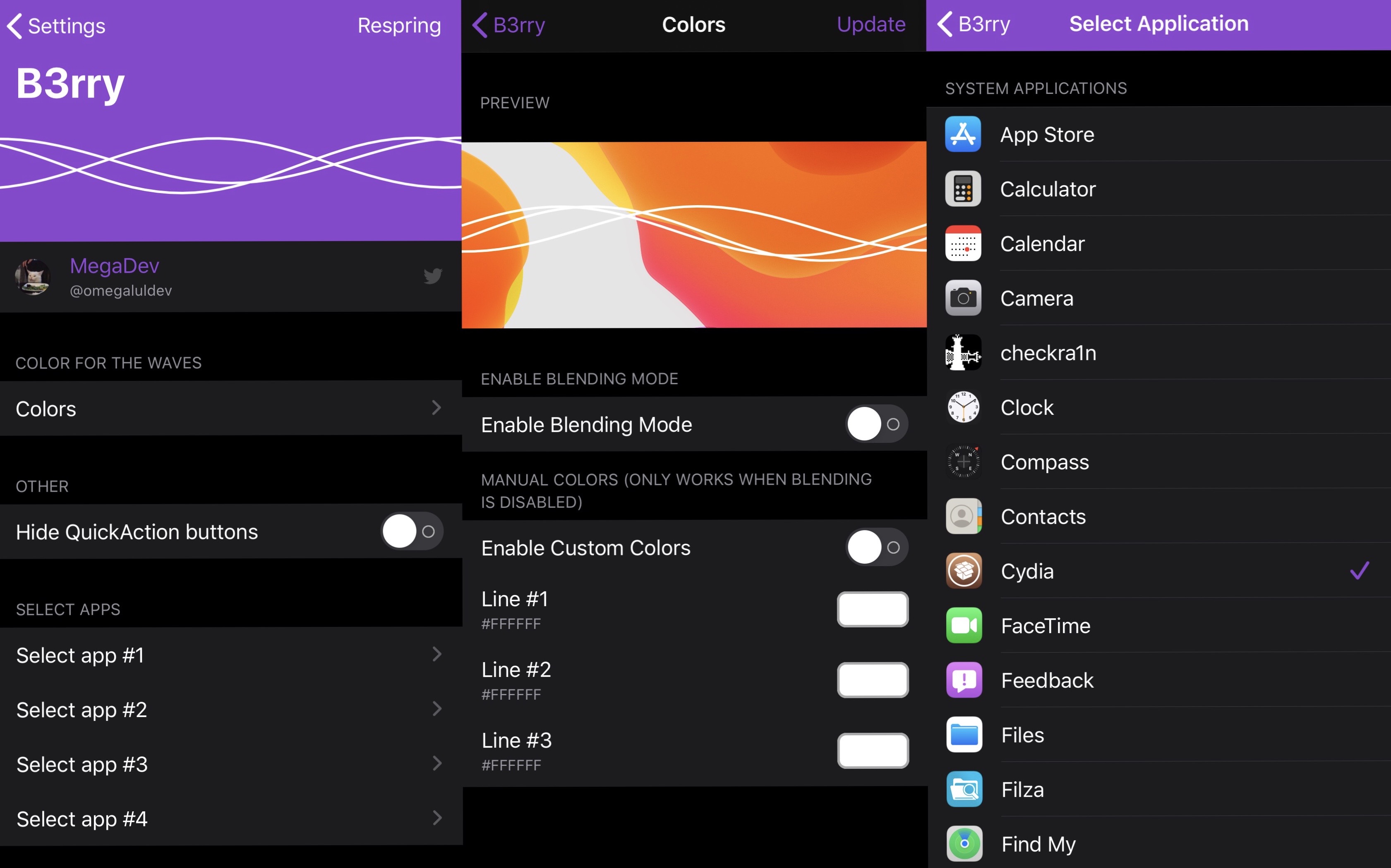 The developer provides a Respring button at the top right of the primary preference pane that will help you save any changes you make on demand.

Those interested in trying B3rry can purchase the tweak for $1.99 from the Packix repository via their preferred package manager. The tweak supports jailbroken iOS 13 devices.

Will you be installing B3rry on your checkra1n or unc0ver device? Discuss why or why not in the comments section below.