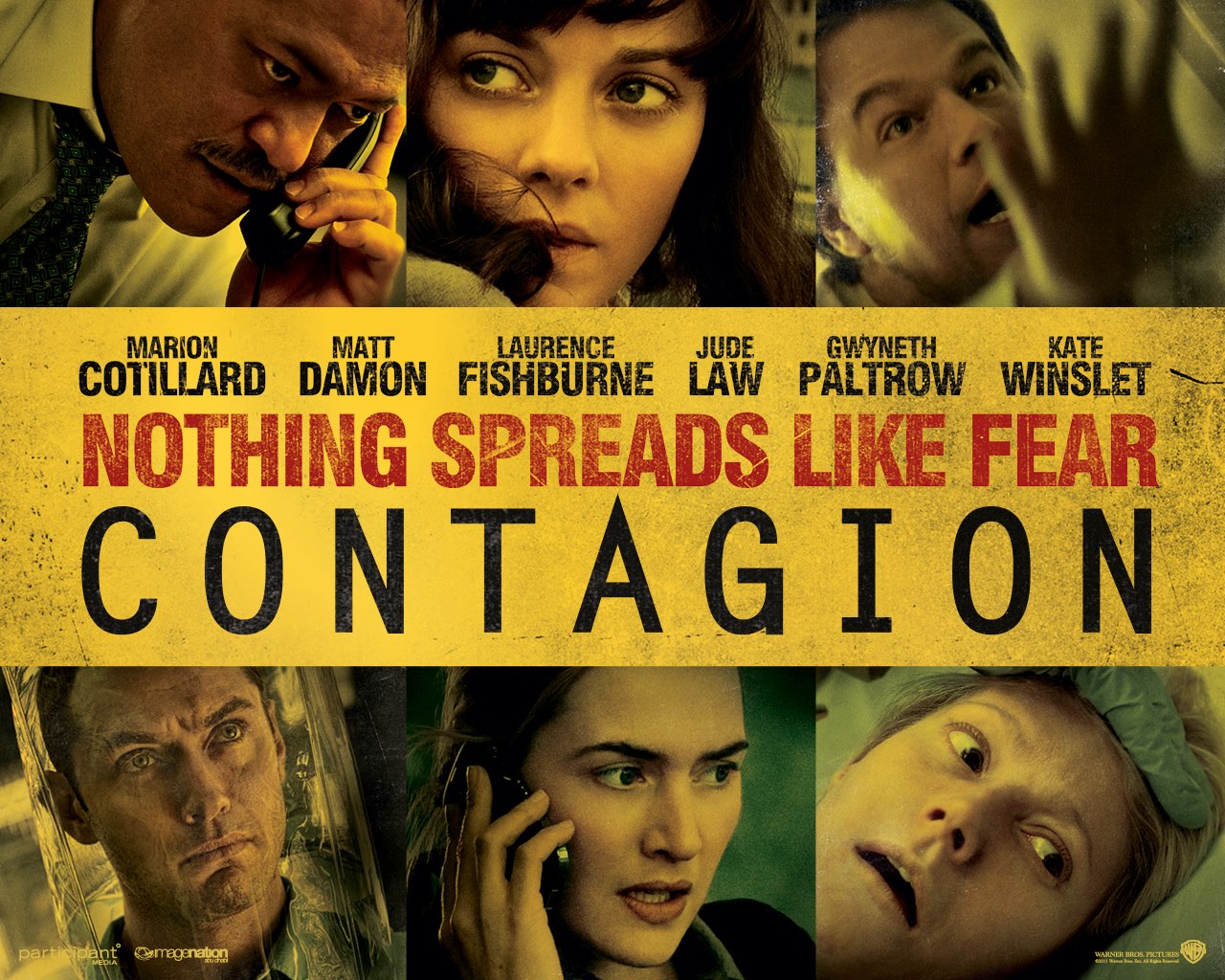 “Contagion”, the 2011 pandemic thriller directed by Steven Soderbergh, has climbed its way up the iTunes movie charts to reach the tenth place, nine years since its premiere.

According to a spokesperson for Warner Bros, the film’s distributor, the movie is currently at #10 on the iTunes Movie charts and at #21 on Google Play. It’s also trending on Amazon. That achievement should obviously be “credited” to the current coronavirus scare.

Across the entire collection of titles in the Warner Bros. catalog (i.e., films not considered new releases), “Contagion” was the 270th most-watched WB film in December. So far in 2020, it is the second most watched.

Starring Marion Cotillard, Matt Damon, Laurence Fishburne, Jude Law, Gwyneth Paltrow, Kate Winslet and Jennifer Ehle, and inspired by pandemics such as the 2003 SARS epidemic and the 2009 flu pandemic, “Contagion” revolves around the spread of a virus (stop me if you’ve already heard this) and attempts by medical researchers and public health officials around the world to contain the disease and come up with a vaccine to stop its spread.

Screenwriter Scott Z. Burns even consulted with representatives of the World Health Organization and medical experts to make the movie as realistic as possible.

“It was very deliberately designed to be a cautionary film,” producer Michael Shamberg told BuzzFeed in a phone interview Thursday. The director acknowledged that the team consulted many experts at the time, saying “we got the science right.”

9to5Mac notes that “Contagion” even anticipated fake news, via the iTunes blurb:

When Beth Emhoff (Gwyneth Paltrow) returns to Minneapolis from business in Hong Kong, what she thought was jet lag takes a virulent turn. Two days later, shes dead in the ER and the doctors tell her shocked and grieving husband (Matt Damon) they have no idea why.

Soon more cases are reported as the virus begins to spread. Researchers mobilize to break the code of this unique biological pathogen as it continues to mutate.

Deputy Director Cheever (Laurence Fishburne) tries to allay the growing panic despite his own personal concerns, and must send a brave young doctor (Kate Winslet) into harms way.

As the death toll escalates and people struggle to protect themselves and their loved ones in a society breaking down, one activist blogger (Jude Law) claims the public isnt getting the truth about whats really going on, and sets off an epidemic of paranoia and fear as infectious as the virus itself.

BuzzFeed wrote the following excerpt about the movie’s opening (for those of you who haven’t seen the movie, brace for spoilers):

The movie starts with a black screen and my least favorite genre of cough: deep and dry. And guess whose gross cough it is? Patient zero: Goop herself, Gwyneth Paltrow, and she’s munching on some peanuts and coughing all over the place at a Hong Kong airport.

We zoom in. The peanuts she’s eating are communal bar peanuts. They’re now contaminated. She hands her credit card to the bartender. Contaminated.

For the next two hours we get gratuitous zoom-ins on everyday objects with our grubby little human hands on them. An elevator button? Tainted. This cup of water? The new home to a deadly disease.