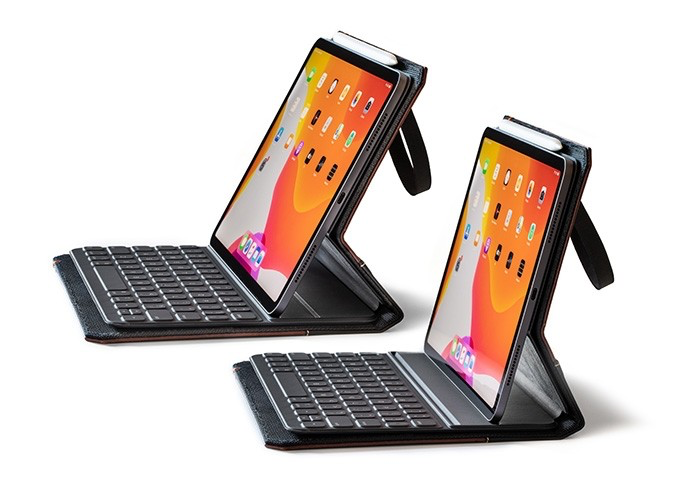 Apple hasn’t announced a third-generation 12.9-inch iPad Pro, or even any new iPad Pro models for 2020. But that isn’t stopping one of the most well-regarded third-party accessory makers from opening pre-orders for new accessories for new iPads.

As first noted today by MacRumors, Pad & Quill has just launched pre-orders for a new Aria leather bound case for the 11- and 12.9-inch iPad Pro. This particular case will fit the new iPad Pro while it’s outfitted with the Smart Keyboard accessory as well. But of course, the more striking element is the fact that these leather cases are for the unannounced 2020 11-inch iPad Pro and the 2020 12.9-inch iPad Pro (Gen 3).

The leather cases look as top-notch as Pad & Quill is known for, so there’s no surprise here. The company also includes a rounded square-shaped rear camera cutout on the back of the case, which would line up with plenty of rumors regarding Apple’s upcoming (and, again, unannounced) new iPad Pro models. 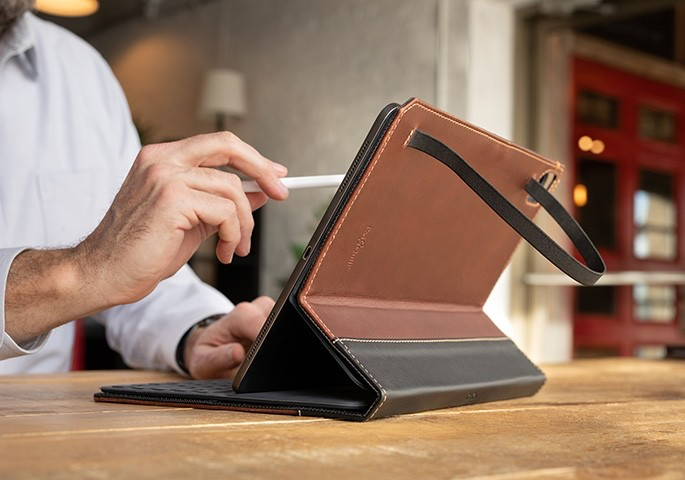 For example, it was just yesterday we saw a leaked image of what was being called a case for the 2020 iPad Pro, and that does indeed feature a rounded square cutout for the triple camera setup that’s rumored to be equipped in the iPad Pro lineup this year.

The new iPad Pro models are said to feature the same designs and screen sizes as the previous models, so the same 11- and 12.9-inch display sizes with minimal bezels. No physical Home button, of course. The fact that Pad & Quill is getting in on the preorder game so early is an interesting change of pace. It’s not unheard of for accessory makers to jump the gun like this, though.

When will the 2020 iPad Pro see the light of day? That remains to be seen, too. There was some speculation that we’d see the new design launch before the end of 2019, but that obviously did not happen. So now we turn our attention to 2020. Some rumors have said we should expect to see a new iPad Pro in early 2020, likely as soon as March. However, there are also reports that Apple is planning to unveil new iPad Pro models in September of this year, alongside the iPhone 12 lineup.

Meanwhile, as far as other rumors are concerned, we’ve heard that Apple’s new iPad Pro models will boast 5G connectivity right out of the box. The new, more powerful tablet lineup is also said to feature 3D-sensing cameras as well. And we certainly can’t ignore yet another rumor suggesting Apple is going to switch to a mini-LED design for the iPad Pro, and that it could debut later this year.

Does this mean we should expect an announcement soon? Maybe! There is a rumor that Apple is going to host a media event on Friday, March 31, so maybe that’s when we’ll see a lot of new hardware get introduced.

So, if you’re feeling adventurous, you can pre-order the Aria leather case for the 2020 11-inch iPad Pro and the 12.9-inch iPad Pro right now. Who’s diving in?