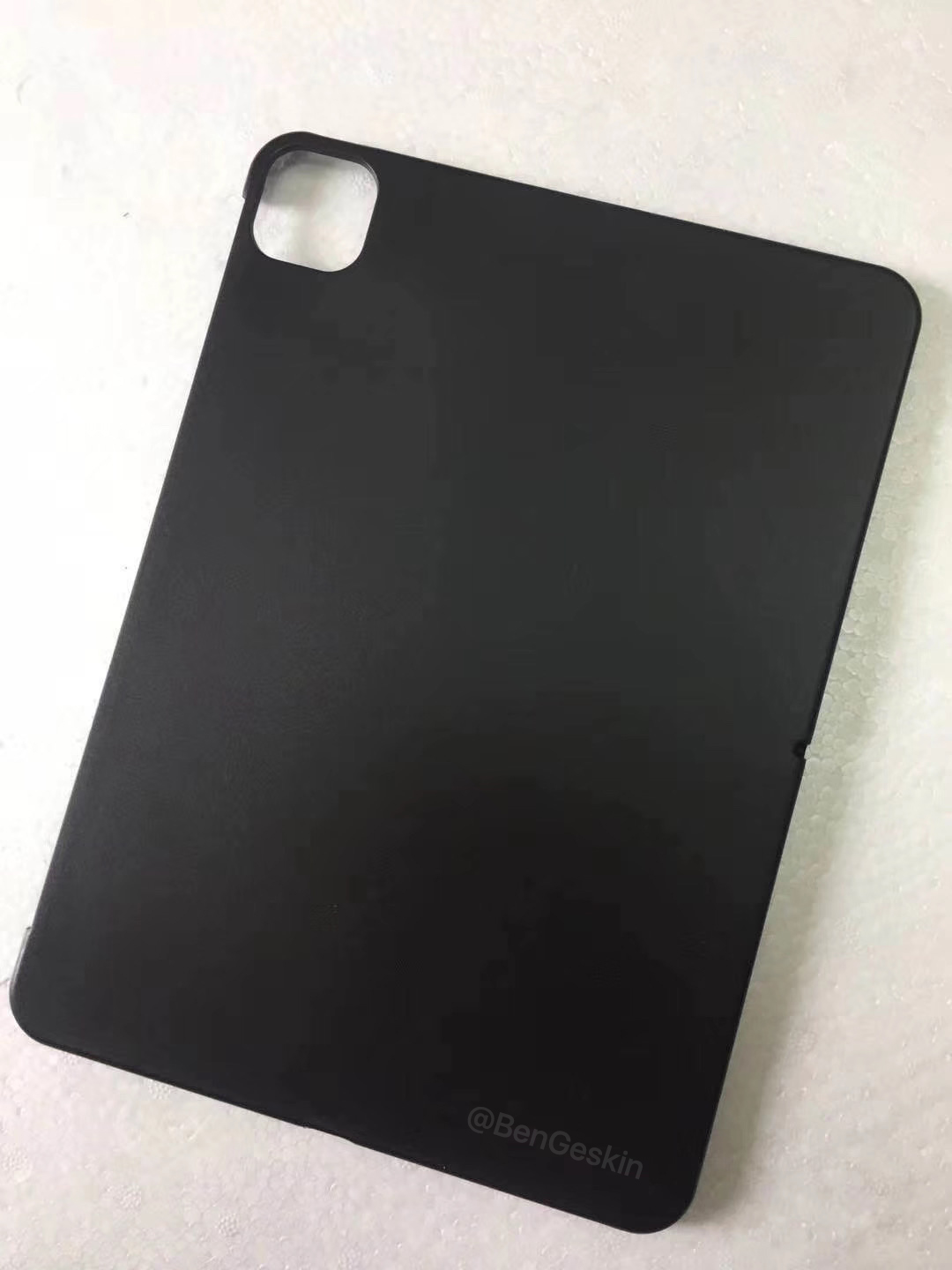 With the launch of the iPhone 11 and iPhone 11 Pro, Apple welcomed a new, rounded square-shaped camera setup on the back of the handsets.

And now it looks like the company may be bringing the same design choice to the iPad Pro lineup. At least, that’s what it looks like based on a newly leaked image of what’s being described as a case for the oft-rumored 2020 iPad Pro. The image was shared by serial leaker Ben Geskin recently, and the primary focal point is the opening in the case for the rear camera(s).

Based on the case, Apple’s rounded square shape for the rear camera housing will be making the leap over to the iPad Pro as well. The case also reveals a USB-C port on the bottom for wired charging. The usual gaps for other hardware buttons, like standby, are also present.

Unfortunately that’s about all we can glean from this particular image. There isn’t much else to go on. And, of course, it should be taken with the standard grain of salt because there’s no confirmation that this is an actual case for the 2020 iPad Pro. The rumor mill has informed us over the last few months that the new iPad Pro lineup will share similar dimensions to the 2018 iPad Pro, and the design will probably be exactly the same.

The exception to that rule is the rear camera setup, which not only welcomes the rounded square-shaped design, but will reportedly also boost things to a triple camera setup. That’s quite the design decision from Apple if that is indeed the case.

When will the 2020 iPad Pro see the light of day? That remains to be seen, too. There was some speculation that we’d see the new design launch before the end of 2019, but that obviously did not happen. So now we turn our attention to 2020. Some rumors have said we should expect to see a new iPad Pro in early 2020, likely as soon as March. However, there are also reports that Apple is planning to unveil new iPad Pro models in September of this year, alongside the iPhone 12 lineup.

Meanwhile, as far as other rumors are concerned, we’ve heard that Apple’s new iPad Pro models will boast 5G connectivity right out of the box. The new, more powerful tablet lineup is also said to feature 3D-sensing cameras as well. And we certainly can’t ignore yet another rumor suggesting Apple is going to switch to a mini-LED design for the iPad Pro, and that it could debut later this year.

There are a lot of questions swirling around regarding the 2020 iPad Pro, and not a lot of answers right now. Based on the rumors alone we could see a lot of new models introduced this year, so it’s at least a little possible that Apple could unveil a new model not only in March, but also later this year.

Are you hoping to see new iPad Pro models introduced this year? If so, what are you hoping changes, and are you already planning to upgrade to one of the newest models?