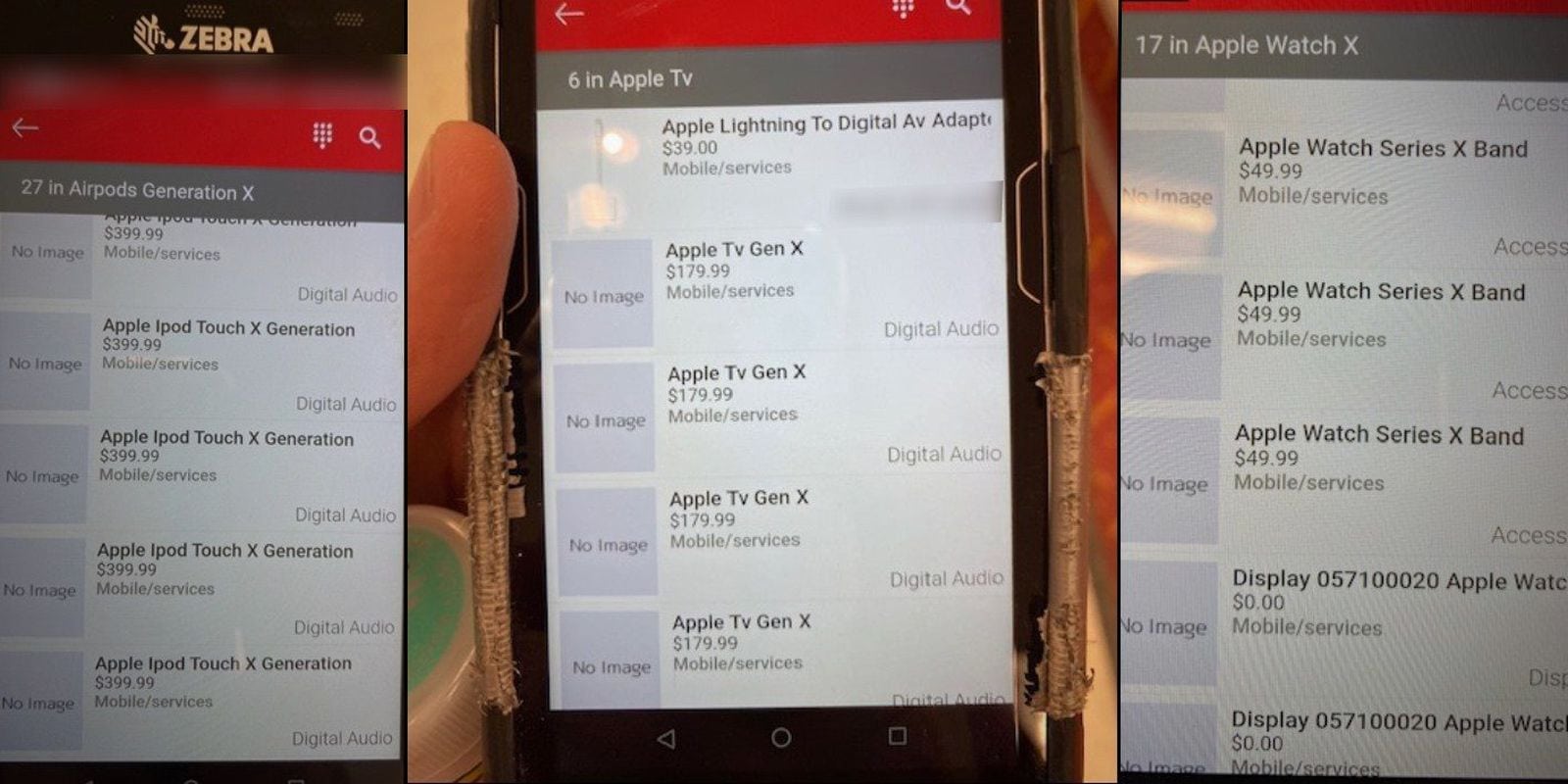 Aside from leaking a possible premium AirPods model with a price tag of $399, Target employees followed up on Sunday evening with additional alleged images from the company’s inventory system which suggest that other new Apple products could be on the horizon.

According to the leaked images, a brand new iPod touch model could be coming soon, perhaps less than a year since the Cupertino technology giant refreshed its media-player-slash-App-Store-machine in May 2019 with an iPhone 7-era A10 Fusion chip and other perks.

Maybe the refresh includes the latest A12 or the upcoming A13 chips to give the product enough oomph for the rumored augmented reality headset that could drop this or next year.

The leak also implies that there might easily be a refreshed Apple TV set-top box model in the works, something that was recently hinted at by strings code in the upcoming tvOS 13.4 update. As iDB’s Sebastién and Cody discussed in episode #331 of iDB’s “Let’s Talk iOS” podcast, there’s a lot the next Apple TV could bring to the table.

Multiple Target employees have started reaching out to me about this

Showing up in their systems and on UPC scanners is this mysterious “Apple AirPods (X Generation)” listing, priced at $399.

Here’s a quick summary of the leaked item and their list prices:

According to Front Page Tech analyst Jon Prosser, the “X” names are probably “just placeholder to hide the real device names”. The fact these entires include prices could mean that the retailer has received advance information from Apple as to the upcoming launches.

Keep in mind these “X” names are just placeholders in the system to hide the real devices.

The fact that they are in the system means that launch is most likely within the next month.

Indeed, we heard there might be an event planed for as soon as March 31.

The “iPod Touch X” is almost CERTAINLY the new $400 iPhone. It comes in 6 SKUs, so possibly 6 color options.

The “iPad 10.5 X” is most likely the new iPad Pro. pic.twitter.com/eCz1gVvfkb

The rumored March event might be warranted given the next AirPod, Apple TV, iPod touch, iPhone 9 and AirTag models are all rumored for introductions before the summer.

Keep in mind these “X” names are just placeholders in the system to hide the real devices.

The fact that they are in the system means that launch is most likely within the next month.

Prosser, however, states that Apple may choose to skip the March event altogether and instead choose to announce these refreshed products with press releases.

My sources within Apple are saying that Apple still hasn’t decided if they are going to have the March event yet. They say they’re 60/40 on if the event will happen or not.

Products are ready in Target just in case — whether Apple has an event, or does a website refresh.