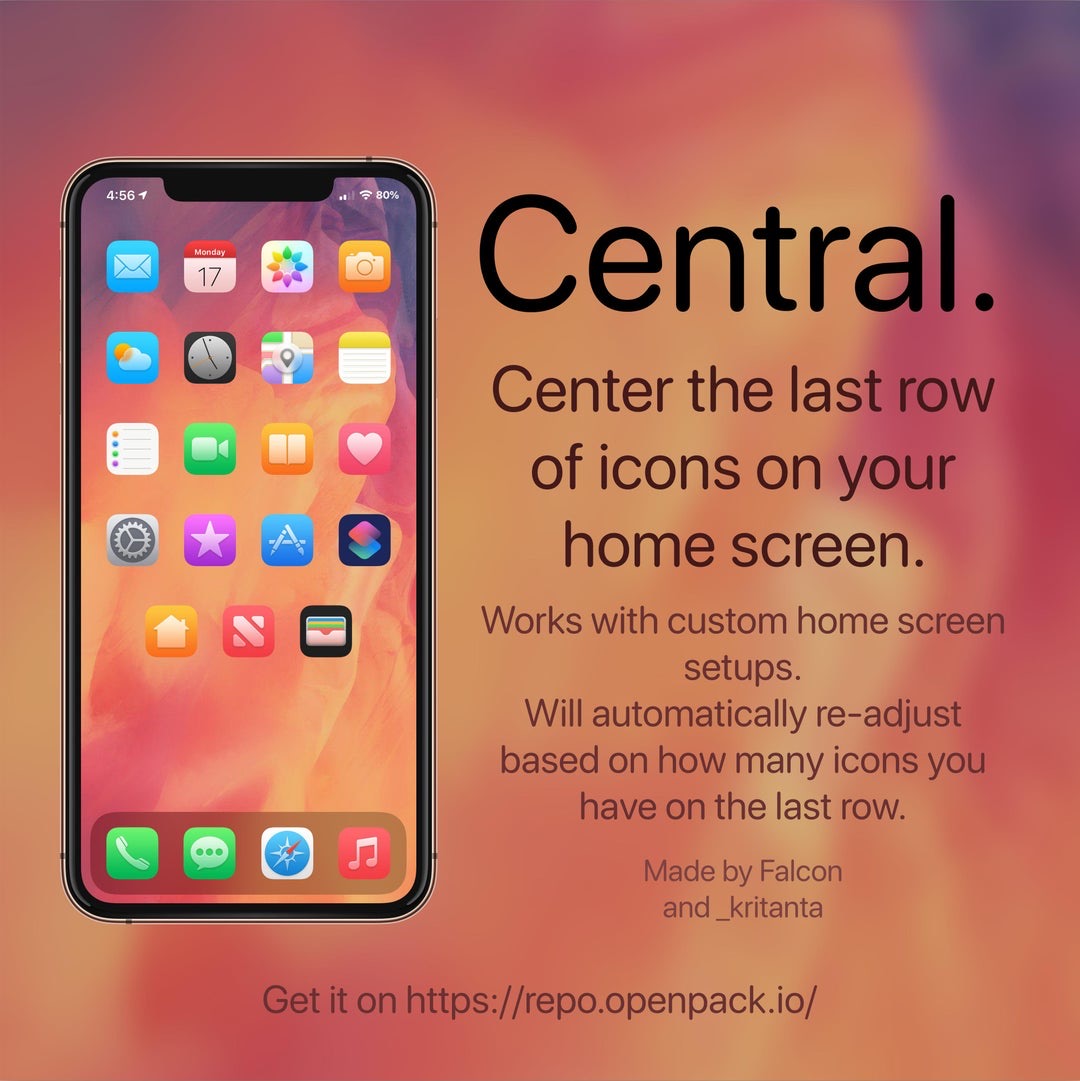 If you’re lucky enough to have a jailbroken iPhone or iPad at your disposal and you’re looking for a fun and quirky way to make your handset’s Home screen stand out from the average Joe’s, then you just might come to appreciate a newly released and free jailbreak tweak called Central by iOS developers Kritanta and Falc0nDev.

As depicted in the screenshot example above, Central adjusts your Home screen’s application icon layout in such a way that the final row on the Home screen funnels down to just three icons in the center of your display.

There aren’t any discernible benefits to this setup apart from the fact that it’s subjectively aesthetically pleasing. It draws the eyes in such a way that it visually separates the final row of your Home screen from the application Dock.

Once installed, Central puts a preference pane in the Settings app where you can configure a couple of options: 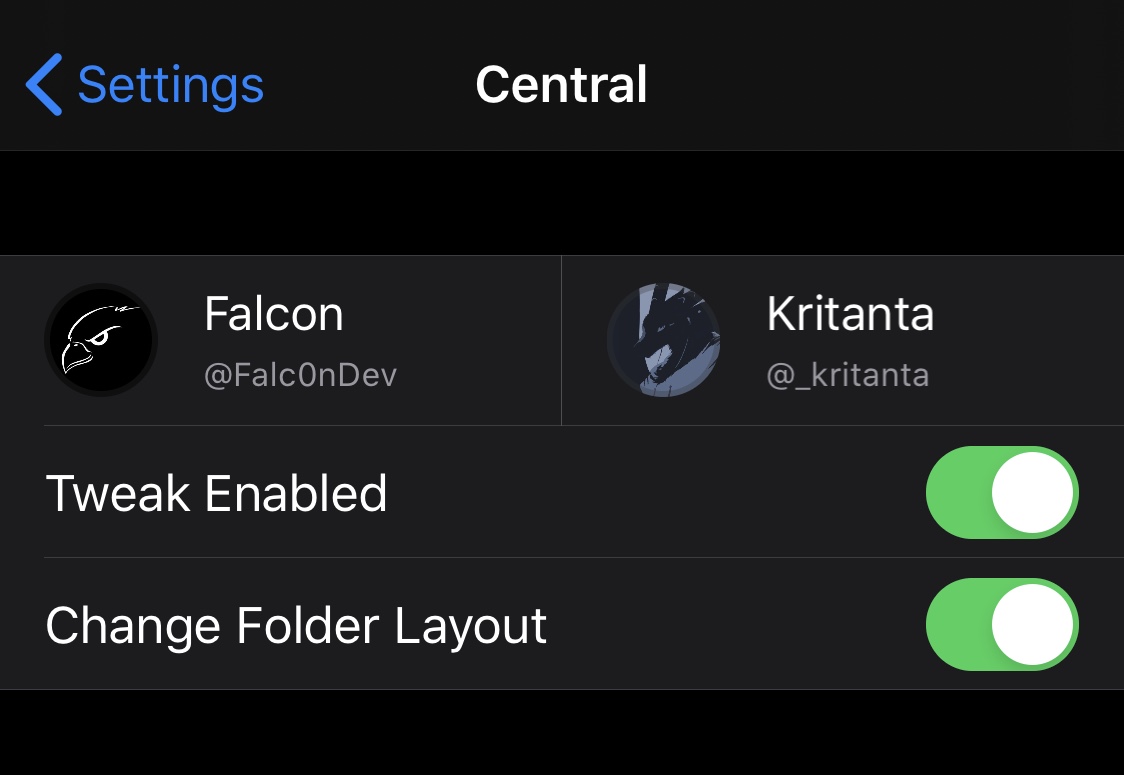 For those wondering, the tweak plays nicely with the iPad’s brand-new Today view in iOS 13, so there’s no need to worry if you’re using any kind of custom Home screen setup, be it with the aforementioned case example or with a third-party jailbreak tweak.

Those interested in trying Central out for themselves can download it for free from the Twickd repository via their preferred package manager. Central supports jailbroken iOS 13 devices.

Do you like the aesthetic that Central brings to the table, or will you be sticking with what Apple provides out of the box? Let us know in the comments section below.