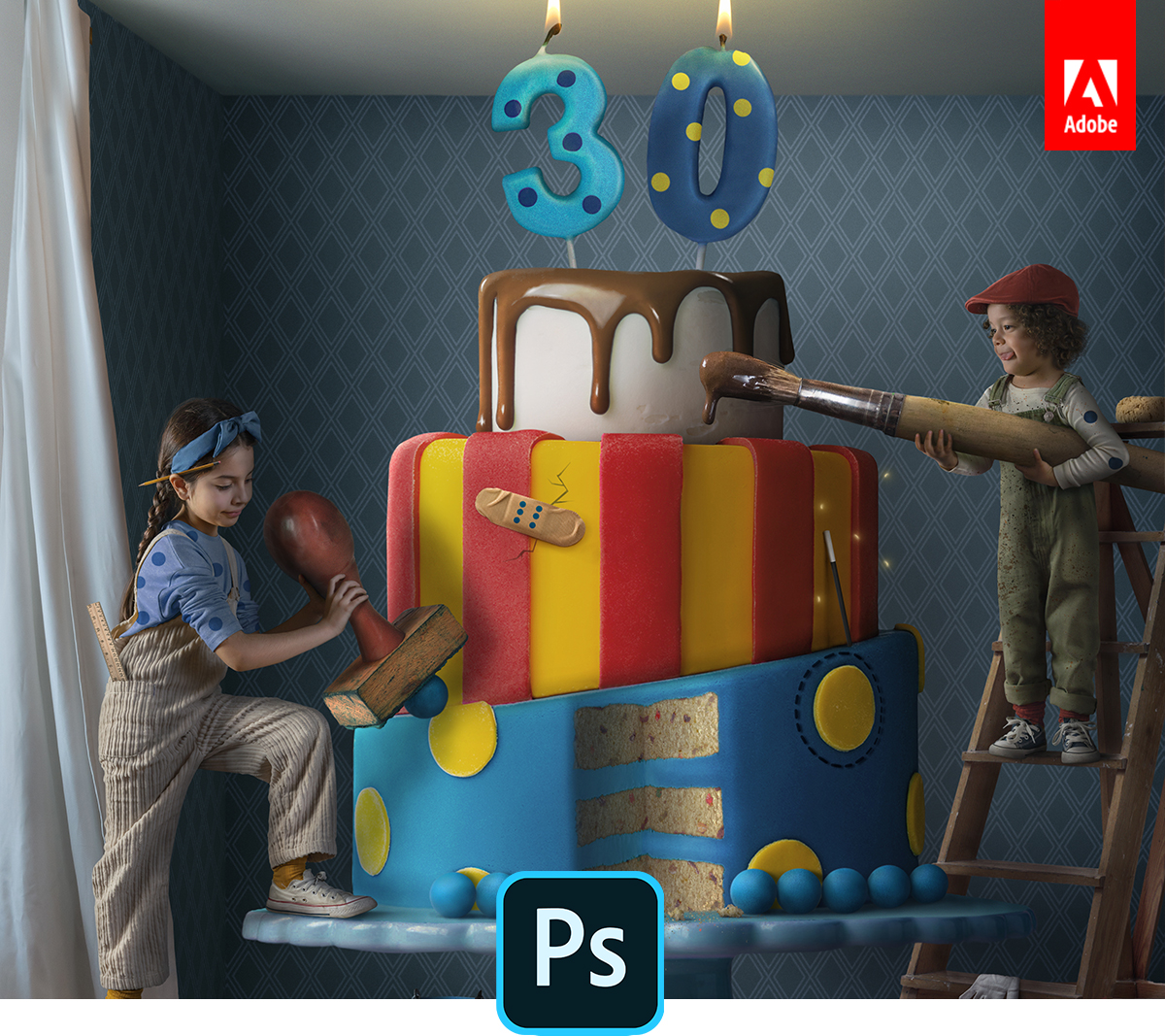 Today marks Photoshop’s thirtieth birthday. To celebrate the anniversary, its maker Adobe released updates to both the desktop and iPad apps.

Dark UI has been one of the more popular features of macOS. Photoshop now supports the new Dark Mode. System dialogs like File → Open and File → Save now match the settings of your macOS.

The results are created by an algorithm the team built by studying the first principles of physics and how light interacts with objects in the real world. It is carefully tuned to simulate a 3D environment to create the most realistic results possible, while also consuming the least amount of compute power so you don’t burn up your machine.

The app also includes performance improvements with “a more buttery and seamless mousing experience”. You’ll notice the biggest performance boosts in Photoshop for Mac with larger documents and when using the hand tool to zip around the canvas. 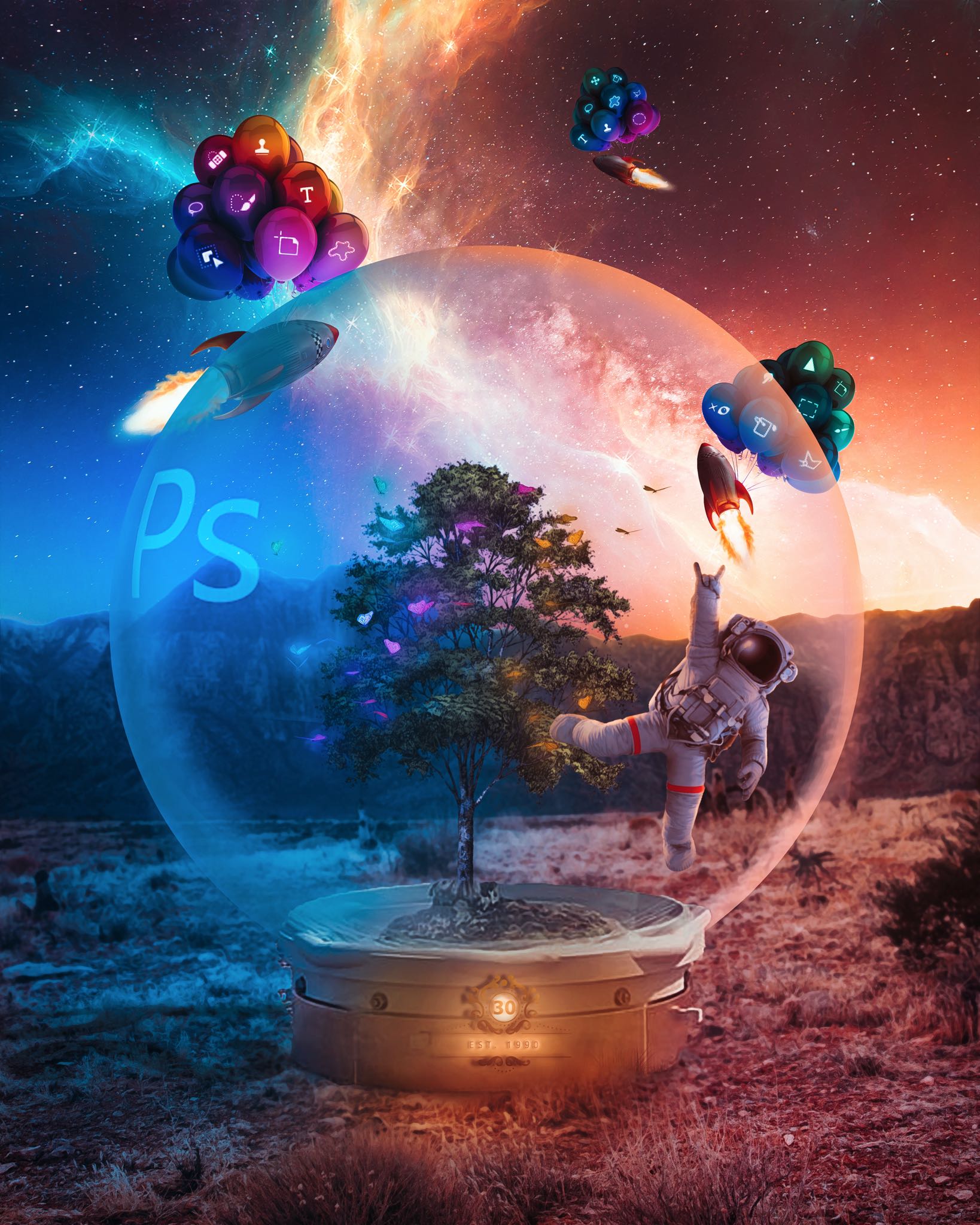 The iPad app saw several feature additions of its own that help bridge the gap between the tablet and desktop experience, starting with a new Object Selection tool. Adobe says this is better than anything that was available in any other apps on the iPad.

Here’s a video showing it in action.

According to Adobe, other new capabilities in Photoshop for iPad, such as rich capabilities and high-quality output that matches Photoshop for desktop, will ship once the user experience has been fully fleshed out and adapted to the iPad, touch and mobility.

Photoshop first made its debut in 1990 and has had an indelible impact on the visual arts and culture ever since, the company said via email.

The product team behind Photoshop has continued to innovate at a rapid pace, reinvent the experience, and enable artists, designers, photographers and many others to bring their imaginations and visions to life. Last year alone, Photoshop received an Academy Award, launched on the iPad, and continued to make huge strides in integrating Adobe Sensei AI and machine learning powered features to allow even more people to create.

The company conducted a survey of more than a thousand US adults that indicates Photoshop’s impact on popular culture.

The full results can be found on the Adobe website.