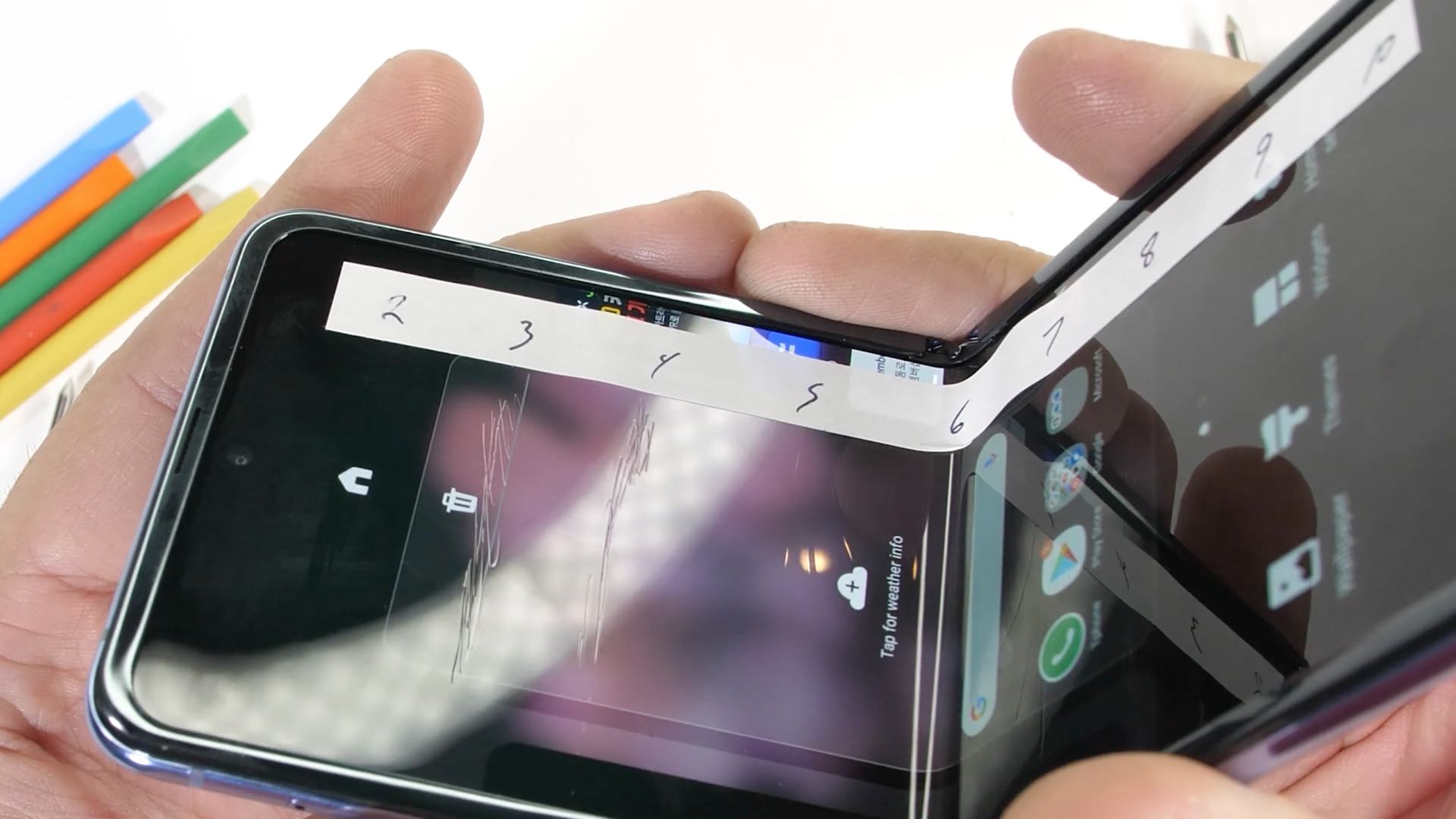 We wanted the Galaxy Z Flip to succeed where other folding smartphones have failed thus far in order to sort of legitimize the trend, but it appears the technology just isn’t there yet.

The gist of the video is that the scratch marks show far earlier on the Z Flip screen than they would on actual glass. Most smartphones have scratches starting at a level 6 on the Mohs scale of mineral hardness, but the Samsung device starts picking up damage at level 2.

“This screen is in no way scratch resistant whatsoever,” he said.

Samsung insists that it’s using real folding glass that “bends the laws of physics”. However, there’s no escaping the fact that the screen starts showing scratches with similar hardness as the plastic OLED screens in Samsung’s Galaxy Fold and Motorola’s Razr folding devices.

As The Verge notes:

Nelson thinks Samsung could be using a hybrid plastic polymer (with microscopic bits of glass mixed in) so it can advertise this display as ‘glass.’ But if it really can be scratched this easily, what seemed like a significant selling point for the $1,380 Galaxy Z Flip is starting to look like overblown marketing.

Samsung provides a one-time screen replacement service for the Z Flip, priced at $119. Customers can also get a one-time free application of a screen protector at select locations.

Now, we understand that this durability test may not inspire confidence in the product. But on the other hand, do keep in mind we generally put no actionable value in these kinds of non-scientific durability tests beyond, of course, entertainment value.