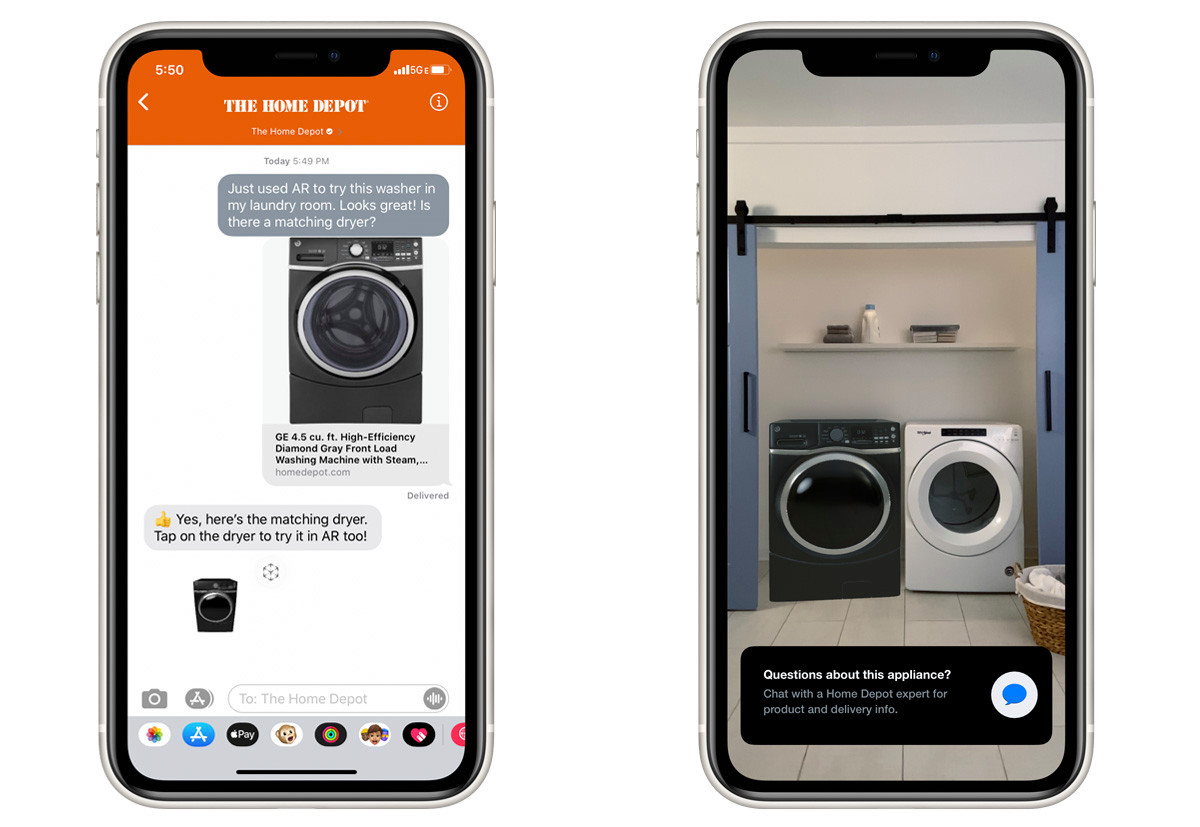 Back in 2018, Apple introduced “Quick Look”, an ARKit-based feature that allows instant augmented reality (AR) experiences within apps like Messages, Safari, and others.

And now Apple is expanding that feature to support retailers in a big way. The Quick Look feature is, at face value, a nice and easy way to see how furniture might fit in your home, for example. But switching between apps isn’t always fun, and sometimes it can put too much friction between the purchasing process. So Apple is making it easier.

As reported by TechCrunch on Thursday, Apple is expanding the Quick Look feature to support direct links while someone is viewing something with the AR feature. The custom button could even lead to a direct Apple Pay link, letting the individual pay for the item right then and there. The link could also initiate a conversation with a customer support representative for the company as well.

But that’s not all. Apple is also developing spatial audio for the experience, too:

Apple is also quietly rolling support for spatial audio into Quick Look in the latest developer builds of iOS and iPad OS, allowing these 3D models to emanate sound — like, say, the bleeps and bloops of a toy, or music from a speaker — from wherever they’ve been virtually placed in the room. Move around the room, and the sound should shift accordingly.

Some major retailers are starting to roll out the feature already, including 1-800-flowers, Home Depot, Bang & Olufsen, and Wayfair. It’s a potentially big step for AR, and not surprising in the slightest that Apple is making it a major focal point for the iOS experience as a whole, seeing as it’s built upon ARKit.

Will it be another step in the right direction for AR in general? It very well could. Along with some gaming experiences, shopping is a great way to experience AR. What do you think? Will you try this out?