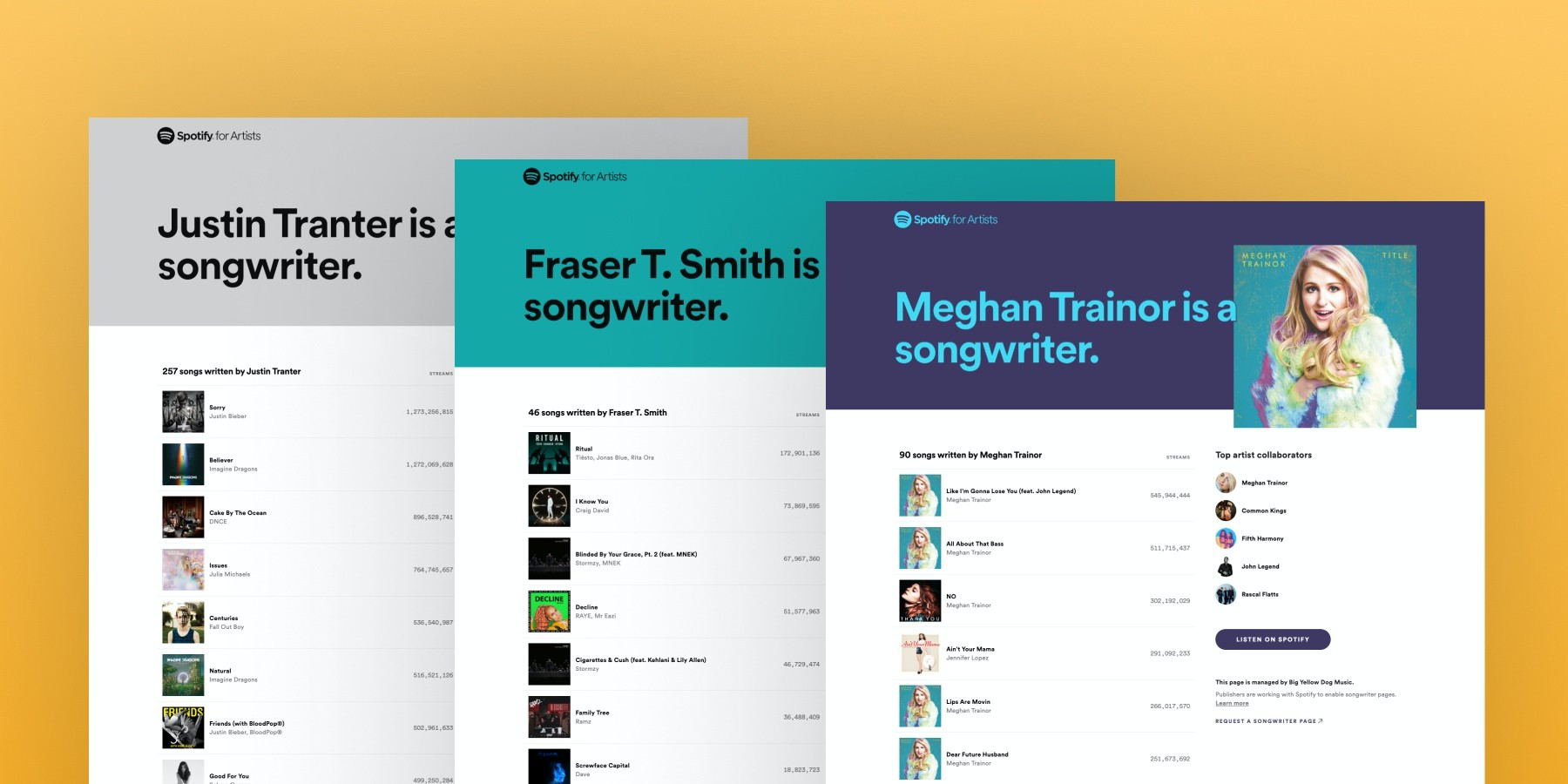 Songwriters are getting a bit of a boost on the Spotify platform, with the streaming service announcing a new way to bring their names, and music, to the forefront.

Songwriters are important, there’s just no way around it, so it’s good to see Spotify doing something to help boost their profiles and songs on the platform. That starts with revamped songwriter pages, dedicated to each individual (or team) that actually writes the lyrics to the songs. The new pages will show the songs they’ve penned, and it will also boast the artist’s most recent collaborations with other artists as well.

There will also be a new “Written By” playlist (because of course there’s a new playlist involved, this is Spotify we’re talking about), which will let Spotify users to stream the songs, as well as keep tabs on any new material the songwriter may release. Spotify’s search engine will also be able to find the songwriter’s material as well. 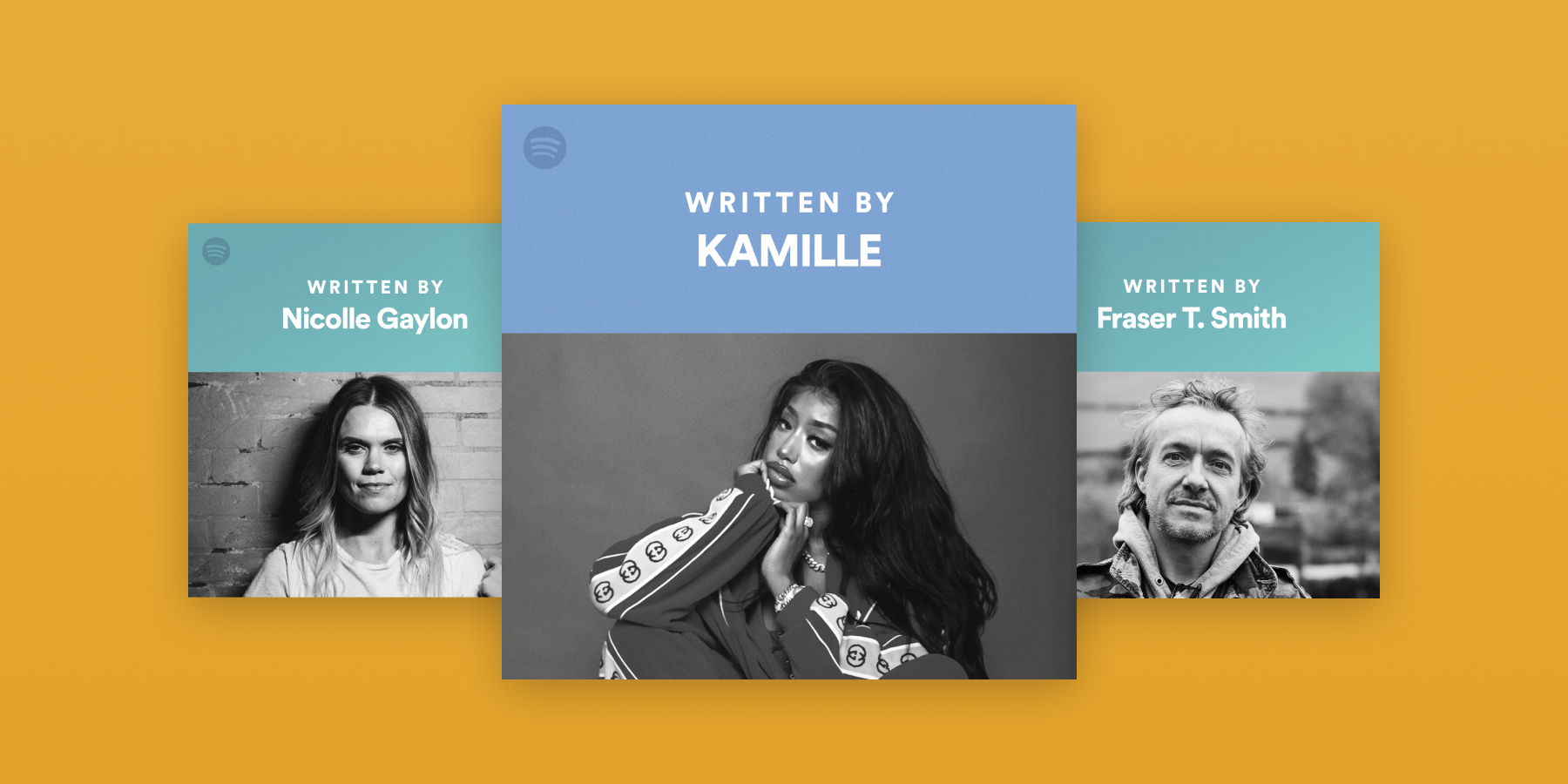 Spotify is starting with talent like Meghan Trainor, Justin Tranter, Teddy Geiger, and others. The pages are being put together with help from music publishers as well, and it’s still in beta. However, to promote the launch of the new songwriter pages Spotify is putting the first “Written By” playlists on the Home tab for all users beginning today.

As noted by TechCrunch, Spotify has been promoting songwriters on some content on the streaming platform starting back in 2018. At the same time, Spotify also added producer credits to songs as well. All of this information was previously available in the liner notes on physical releases for music, but, with the surge in digital streaming, well, it’s gone bay the wayside.

And it’s an expensive situation, too. Back in 2017, for example, Spotify was forced to pay songwriters $112 million over a lawsuit. And, in 2016, the streaming service had to fork over $20 million to producers. Making this information easier to discover is a good move all around.

You can find who wrote the lyrics to a song on most songs on Apple Music, but there’s no similar playlist on Apple’s streaming service. Maybe we’ll see something like this arrive at some point in the future.