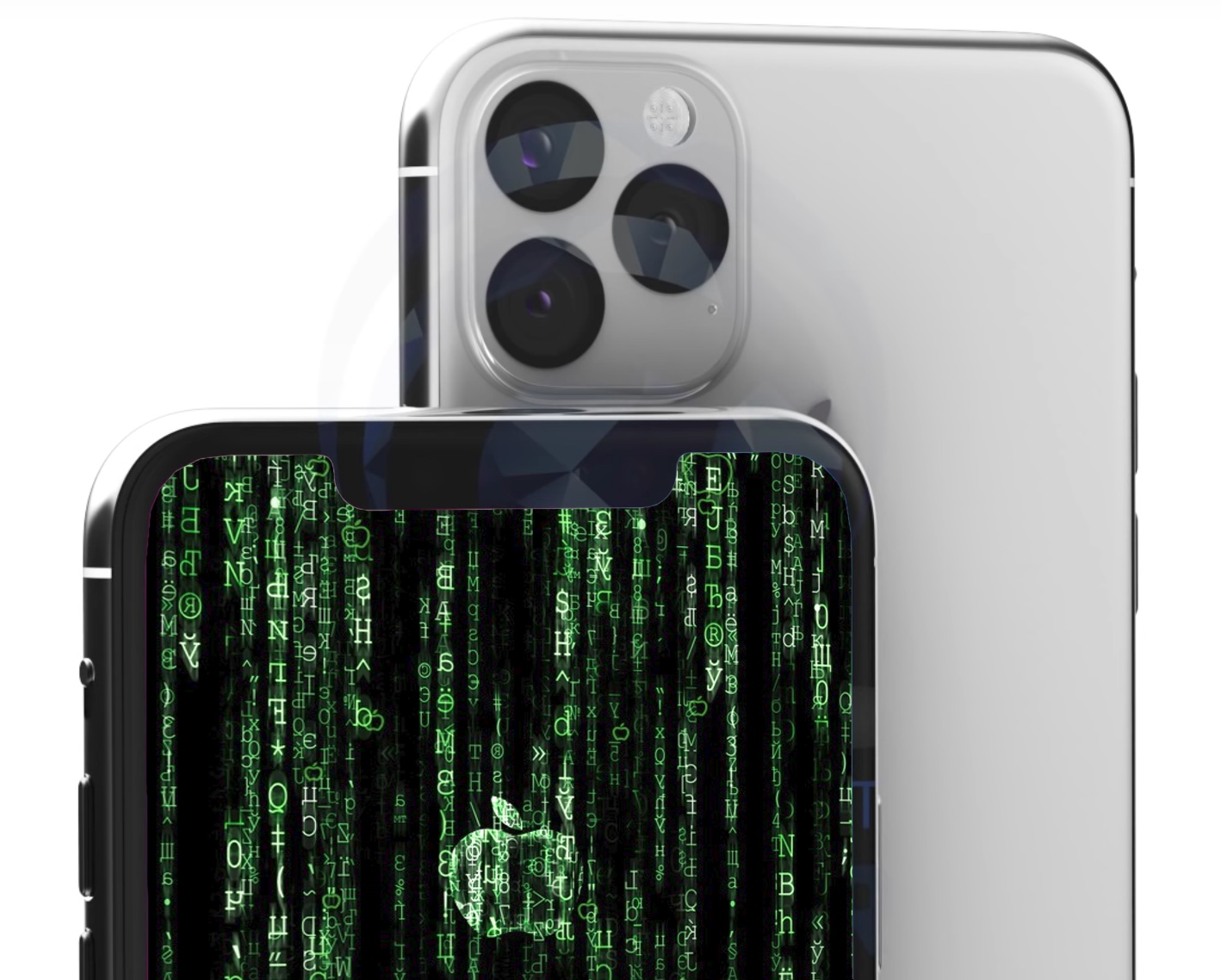 Several days ago, hacker and iOS security researcher Brandon Azad took the jailbreak community by storm when he said he would soon be releasing a new kernel exploit proof-of-concept targeting the iPhone 11 on iOS 13.3. It didn’t take long after that for unc0ver jailbreak lead developer Pwn20wnd to add that unc0ver would likely receive an update incorporating the new exploit.

The teasers have awakened a brand-new audience in the jailbreak community, namely those handling Apple’s latest handsets like the iPhone 11 and variants of the iPhone 11 Pro. But all that hype aside, Azad officially released his new kernel exploit proof of concept Friday afternoon, and he’s calling it OOB Timestamp: 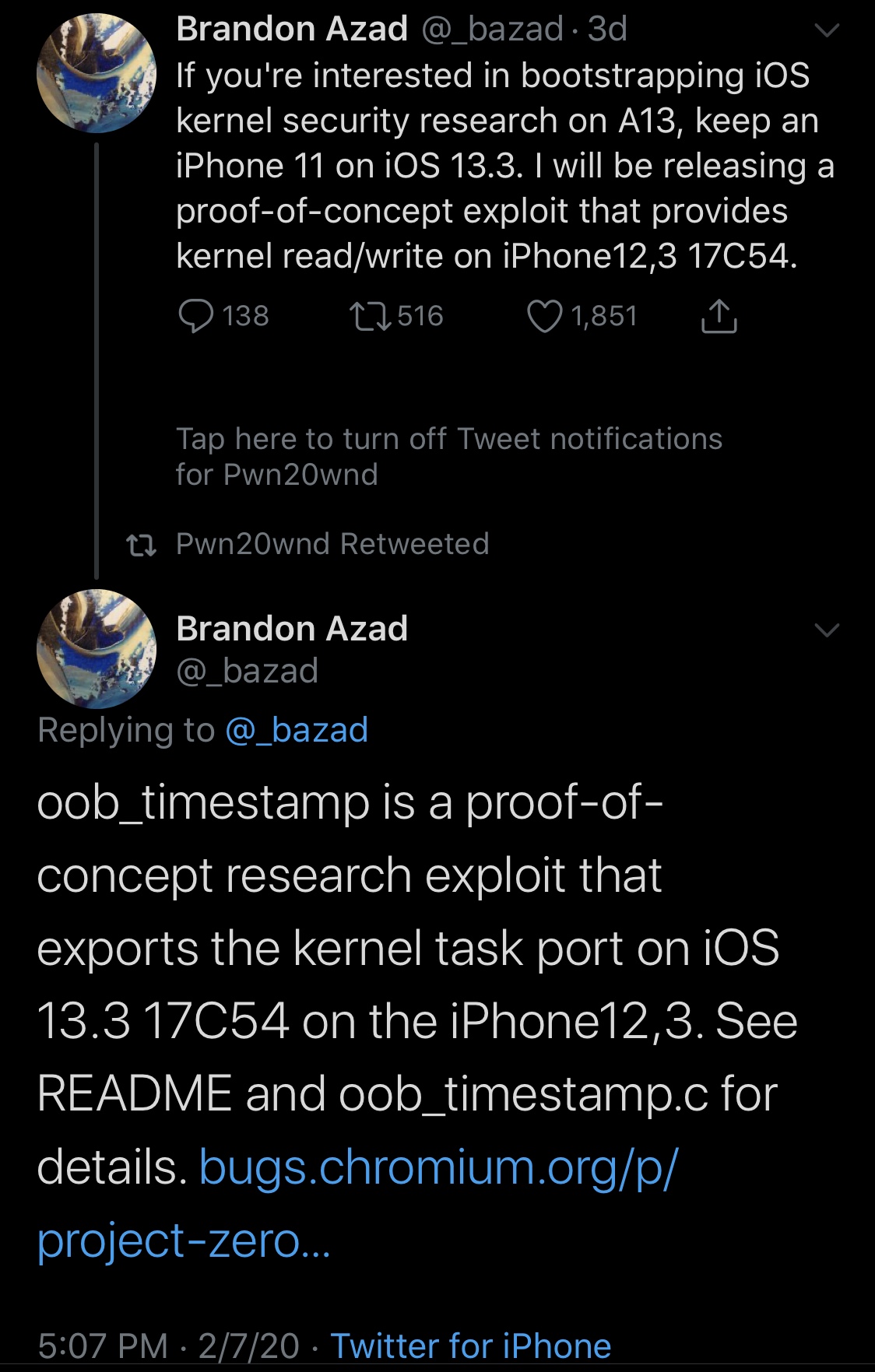 Azad once again references the iPhone 12,3 (iPhone 11) and iOS 13.3 in his Tweet, designating that it achieves tfp0 (read/write in kernel memory) on this particular firmware and hardware combination. Based on tidbits shared by Pwn20wnd in the past couple of days, it seems  that the exploit’s scope could be augmentable to support A12(X)-A13 devices running any firmware between iOS 13.0-13.3.

For those interested, the full write-up on the OOB Timestamp exploit is available here. The notes suggest that it has been patched in iOS 13.3.1, which is why it’s so important to downgrade (or upgrade) to iOS 13.3 while you still can before Apple closes the signing window. Those jailbroken on iOS 12, however, are advised to stay where they are.

Earlier today, Pwn20wnd announced that he had gotten one step closer to fixing tweak injection with his PAC-less implementation on iOS 13. He also said he would focus on stability until Azad released his exploit, and now that it’s available, we can only assume Pwn20wnd is studying the exploit full force in an attempt to incorporate it into the unc0ver jailbreak for users.

Notably, Pwn20wnd plans to prioritize A12(X)-A13 device support since older handsets are already jailbreakable on iOS 13 by way of checkra1n.

It could be some time before Pwn20wnd makes noteworthy progress in implementing this new exploit into unc0ver since the jailbreak has never supported iOS 13 before. That said, we’ll continue monitoring any new developments and keep the community apprised if anything changes.

Are you excited about the release of the new exploit that could make unc0ver compatible with iOS 13 for the first time? Discuss in the comments.