The news that hacker and iOS security researcher Brandon Azad would be releasing a tfp0 exploit POC for the iPhone 11 on iOS 13.3 took the jailbreak community by storm, and it didn’t take long before unc0ver lead developer Pwn20wnd responded with plans to update unc0ver when it gets released.

Many questions have been circulating about whether this exploit would work on older devices or whether it would support older versions of iOS. Fortunately, Pwn20wnd has taken to Twitter to answer many of these questions and to prepare the jailbreak community for great things to come. 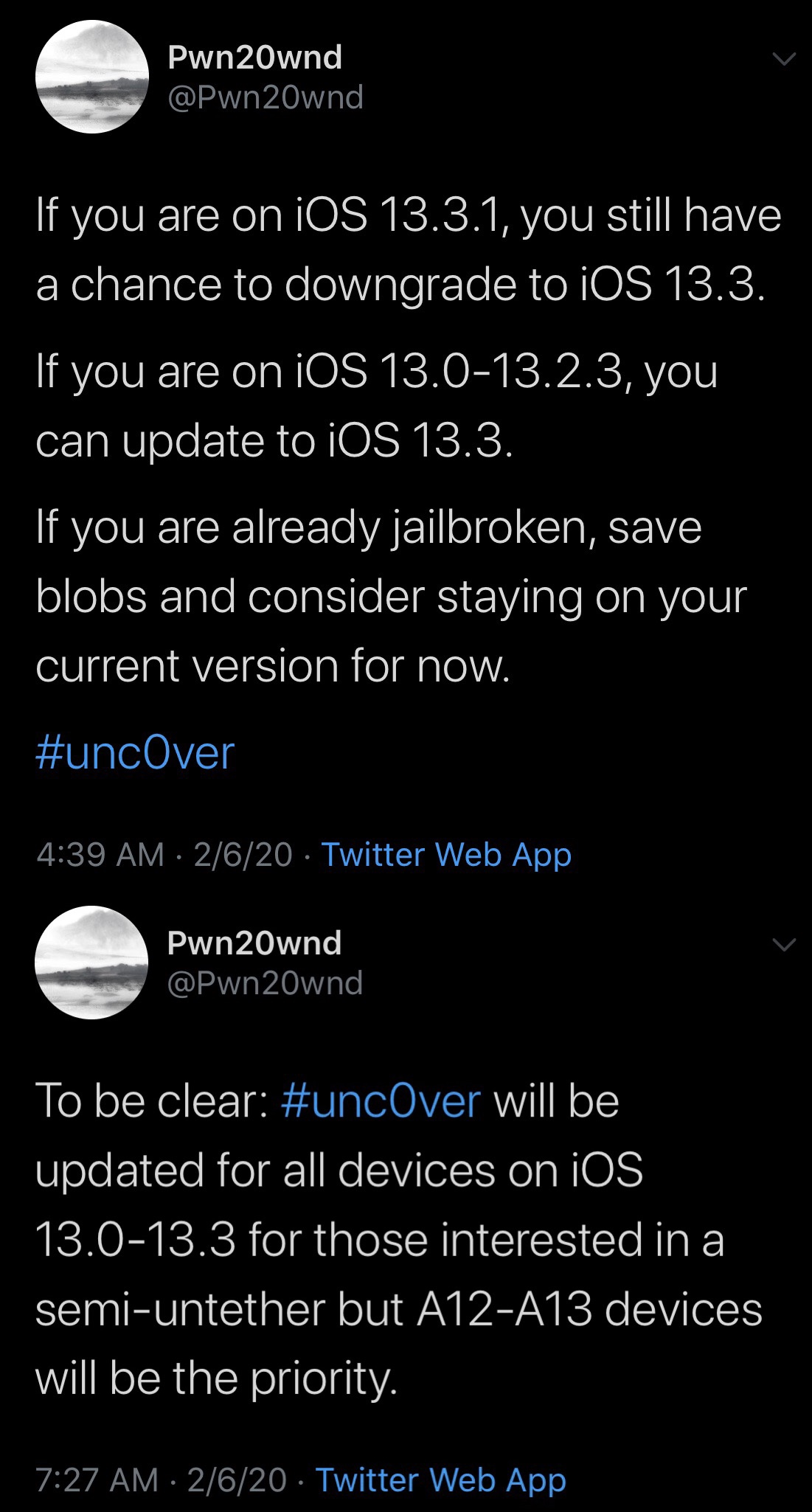 From what we can gather, the exploit will work on older devices, but Pwn20wnd plans to prioritize support for A12(X)-A13 since the checkra1n jailbreak takes care of things from there. Moreover, Pwn20wnd added that it should also work on iOS 13.0-13.3, which means that anyone on iOS 13.3.1 is advised to downgrade to iOS 13.3 immediately while they still have the chance.

Interestingly enough, Apple stopped signing versions of tvOS 13.3 last night, but iOS 13.3 is still being signed at the time of this writing. Now that iOS 13.3.1 has been out for about a week, Apple’s actions indicate that it won’t be long before the signing window for iOS 13.3 gets closed.

TL;DR, if you have an A12(X)-A13 device and want to improve your odds of jailbreak eligibility, then you’ll want to get that device on iOS 13.3 as soon as humanly possible before Apple makes downgrades impossible.

Pwn20wnd also mentions that those happily jailbroken on iOS 12 should stay where they are. Otherwise, you gamble with the off-chance that no jailbreak will materialize for the aforementioned devices and firmware versions.

As always, you can use the handy IPSW.me online utility to discern whether a particular version of iOS is being signed.

Have you decided what you will do? Discuss in the comments.