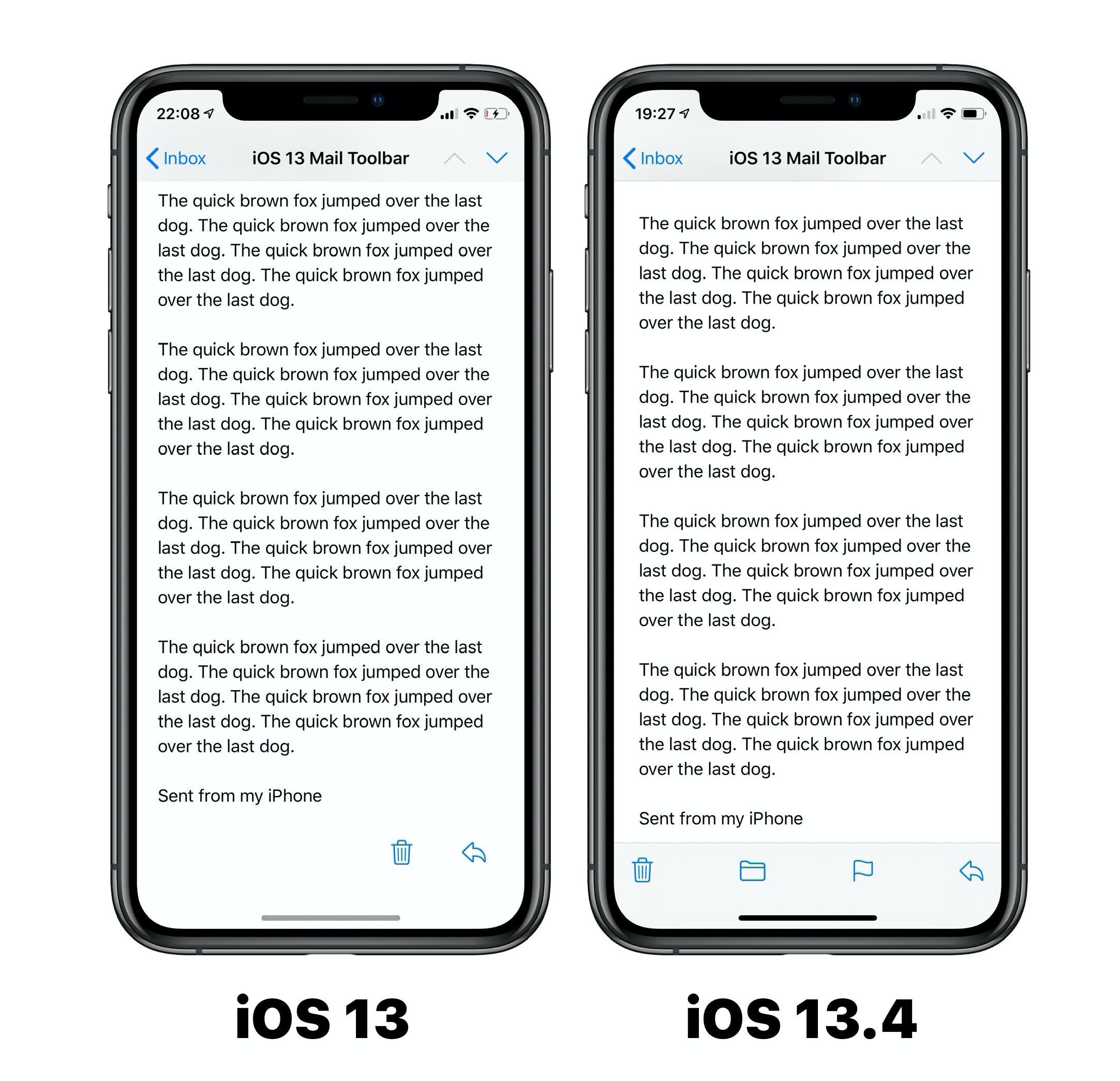 With the launch of iOS 13, Apple introduced a Mail toolbar that did not appear to go over well with many iOS users.

Now, iOS 13.4, which saw its first developer beta seeded today, Apple seems to be changing course. As you can see from the image above (courtesy of 9to5Mac), the new toolbar makes some worthwhile changes basically across the board. With the updated actions toolbar, the options for Delete and Reply are no longer cramped into the right side, with a lot of empty space to the left.

With the new toolbar, the Mail app now features more helpful options along with Delete and Reply. iOS 13.4 users will be able to quickly move an email to a folder or flag it with the two new buttons at the bottom of the screen. Meanwhile, the Delete option is now on the far left, and the Reply button is on the far right.

Tapping the Reply button will pop up a sheet to select finer options, including the ability to forward, and other options.

It’s a pretty big change, albeit only adding a couple of buttons and shifting the layout. It will probably be a welcomed change, though, so here’s hoping iOS 13.4 sees its public launch sooner rather than later.