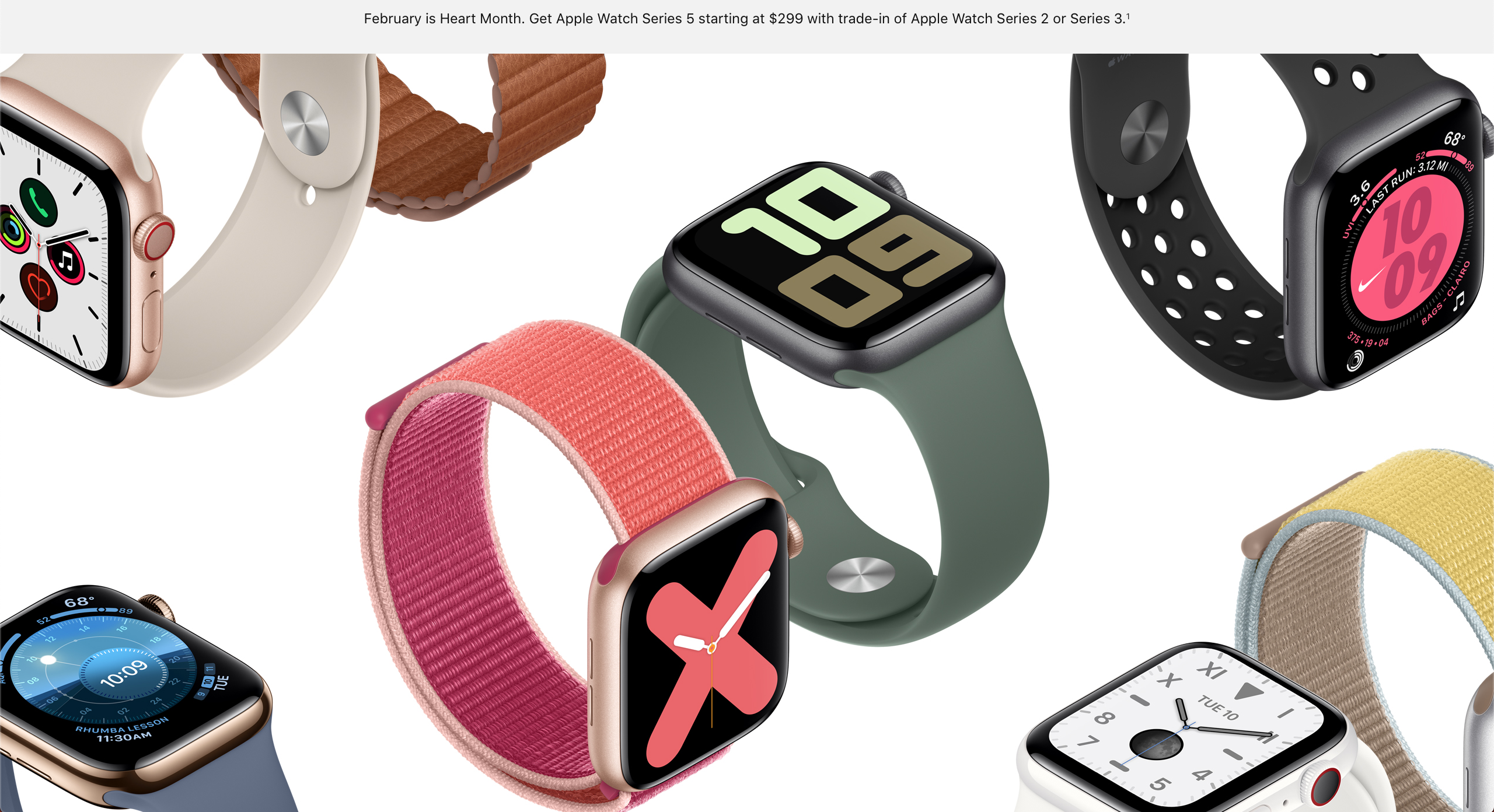 If you have an older Series model of the Apple Watch and have your eyes set on the Series 5, now might be a good time to trade it in for the newer model.

With the promotion, the starting price of the Apple Watch Series 5 40mm is $299, a pretty solid deal.

This is a noticeable boost to the traditional trade-in price for these older models. Up until today, Apple was offering $60 when trading in a Series 2, and up to $70 for trading in a Series 3. An extra $30 to $40 is certainly nothing to scoff at, especially if you’ve been waiting to get your wrist underneath a brand new Apple Watch Series 5.

If you do decide to go this route, you’ll get the $100 trade-in as a refund after you’ve shipped in the older smartwatch and Apple receives the device. That means you’ll have to fork over the normal price tag to get the new wearable, but you’ll get a $100 refund soon after the purchase.

The fact that Apple is boosting trade-in offers for the Apple Watch Series 3 is interesting because the company’s CEO, Tim Cook, recently said the company is having trouble matching demand for that model of the smartwatch. Which certainly makes sense, considering its starting price compared to the Series 5. But with this trade-in offer the prices get a bit closer, so maybe new customers will indeed make the switch to the newer model.

What do you think of the deal? If you haven’t picked up a Series 5 yet, will you take part in Apple’s new promotion to get yourself one?