The Sileo Team pushed a minor beta update for the Sileo package manager for Chimera jailbreak users on Monday, officially bringing it up to version 1.7.0 beta 1. 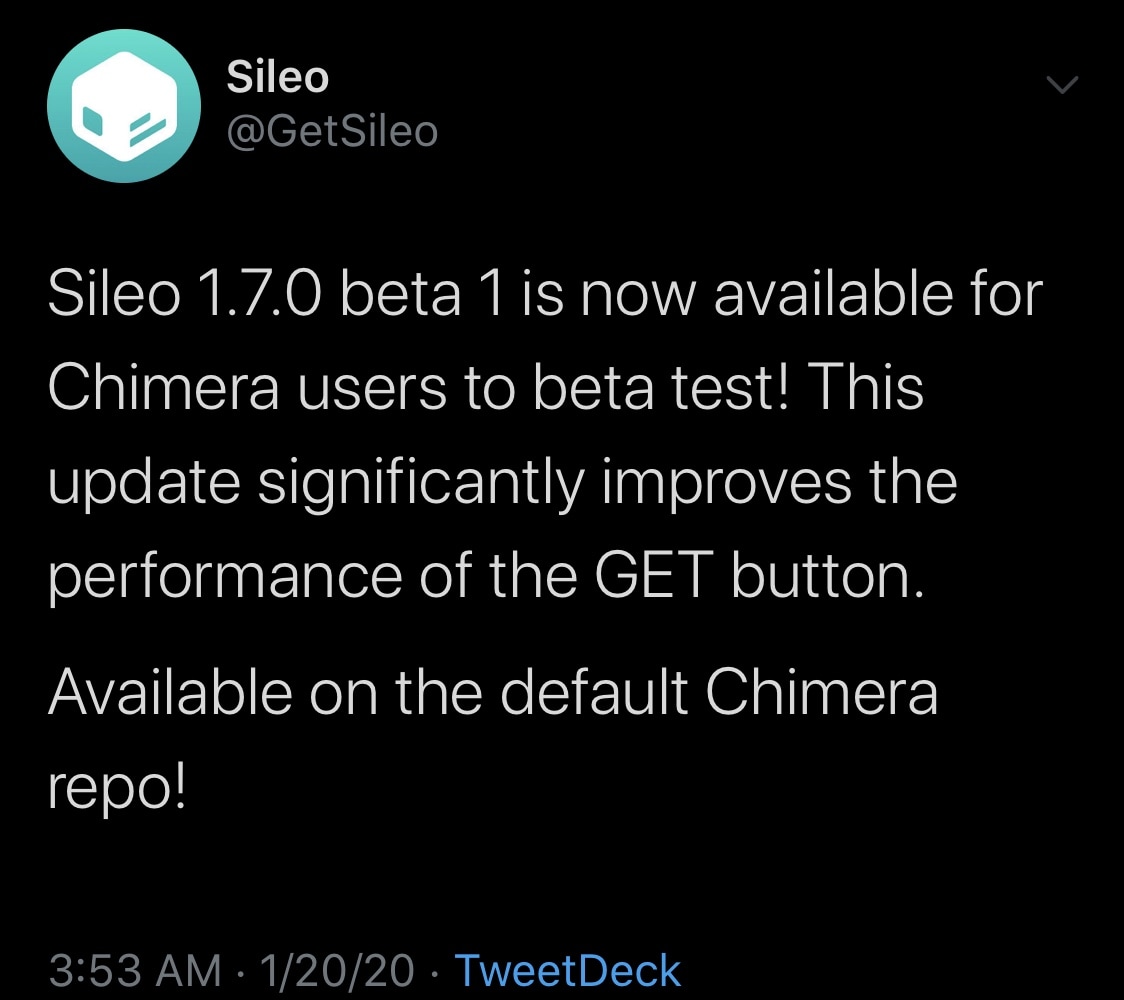 From what we can gather, this beta update is intended to let users test improvements to the performance of Sileo’s “GET” button when tapping it to install jailbreak tweaks or other packages.

The announcement went on to explain that the beta update would be available from the default Chimera repository. If you aren’t seeing it after opening the package manager, then you may need to refresh your sources for it to populate.

Sileo is already rather well known for its elegant interface, support for dark mode, and zippy Swift-based backbone. But it also has a habit of being rather restrictive in terms of its user base.

It should be noted that this beta update doesn’t seem to be available to folks using the ‘official’ checkra1n installer, which is particularly unfortunate as it limits the beta testing audience to users of an iOS 12 jailbreak as opposed to an iOS 13 jailbreak.

It remains to be seen if this update will be released for other jailbreaks after it is deemed stable. Only time will tell…

Have you installed the latest Sileo update? Let us know in the comments.