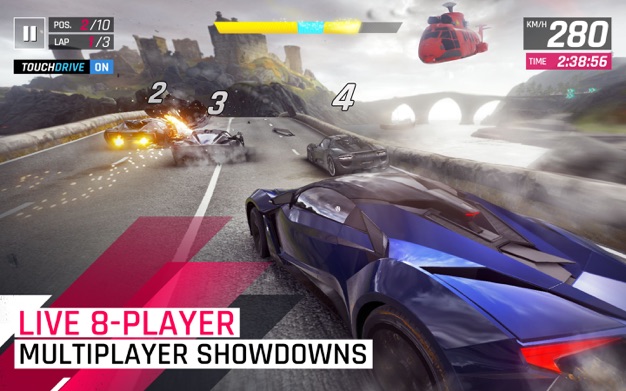 Asphalt 9: Legends was supposed to see the light of day before the end of 2019, but the title missed that initial launch window.

But for anyone who has been waiting for the macOS Catalyst app, the wait is now over. Developed by Gameloft, the arcade racing game is available now from the Mac App Store for free. It does include in-app purchases (IAP), though, so be aware of that.

The game has been available for quite awhile already for iOS devices, but it’s finally making the jump over to macOS thanks to development efforts using Catalyst tools. In fact, Apple actually used Asphalt 9: Legends to promote macOS Catalina earlier this year, along with Catalyst, with expectations the game would launch to the public before the end of 2019.

However, we heard about a delay from Gameloft back in October of last year, as part of a larger story regarding some developers being concerned about Catalyst as a whole, as some customers would have to pay for what’s essentially the same app twice to have it available on iOS and macOS devices. At the time, Gameloft said it was delaying the game’s launch to help polish the experience.

As far as features go, Asphalt 9: Legends has several different areas to race in, including the brand new Osaka, Japan, track. There is a single player experience, as well as multiplayer that supports up to eight players at once. Players can create their own clubs to find groups of like-minded fans of the title, and there are plenty of customization options for the large amount of vehicles you can acquire in the game while playing.

Asphalt 9: Legends is available now to download and play.