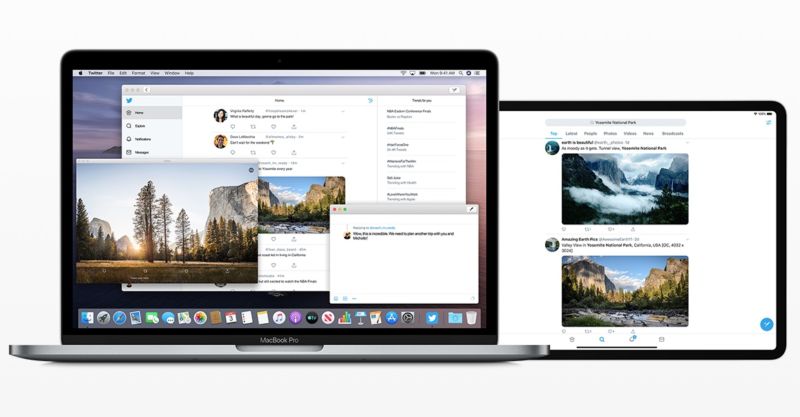 The idea behind Catalyst is to bring iPad apps to the Mac, and, ultimately, letting customers have access to the one app they buy available across all devices in the future.

Update: According to the developer behind Asphalt 9, Gameloft, the upcoming mobile racer is just “slightly delayed” in an effort to “polish the experience” for users. Gameloft intends to launch the title before the end of 2019.

That is already a reality, at least in part, thanks to things like Apple Arcade. This subscription service sees games available on iPhone, iPad, Apple TV, and Macs. That is Apple’s vision for all apps in the future, though, with a unified App Store that will see a customer pay for an app and have it available on all of Apple’s products.

To get there, Apple launched Catalyst with macOS Catalina. Catalyst was billed by Apple as a quick-and-easy way for developers to build their iPad app for macOS. However, according to Bloomberg that launch has not gone over smoothly, with Catalyst apps now seeing their first public unveiling thanks to the public launch of macOS Catalina earlier this week.

One developer, Steven Troughton-Smith, weighed in on the matter, articulating the dismay that some customers probably don’t want to pay for an app they already own on the iPad. But developers are tasked with more work than they initially thought, which means charging for the Catalyst app on Mac just makes sense.

That sentiment was shared by James Thompson, the developer behind the popular PCalc app. Thomson was saddled with more work than expected, which means charging for the Mac app to cover the additional work:

James Thompson has had to work harder than he expected to get his popular PCalc calculator iPad app running well on Mac computers. Getting paid a second time for that extra work makes sense for developers, but consumers may not immediately understand that after Apple made the porting process sound as easy as checking a box, he said.

That bit in there about some consumers not understanding how Apple “made the porting process sound as easy as checking a box” is interesting. There is no doubt that a lot of general consumers out there probably know how easy Apple billed building Catalyst apps would be, but there are probably even more who have no idea.

Which is why it will probably come down to getting charged twice more than anything else. Of course, buying an app on iOS and then having to buy the “same” app on macOS is not new by any means. So Apple is going to need to be able to bridge that gap, just as it has tried to bridge the gap between developing iPad and Mac apps.

Catalyst is probably going to be pretty great in the future, especially by 2021 when Apple wants to launch that unified App Store. But getting there might be pretty rough, which means Apple, and developers, are going to have to weather this storm for quite some time before it all hopefully smooths out.

As for now? Well, some major players are not jumping on the Catalyst app bandwagon just yet. Some big players, like the game Asphalt 9 and the subscription service DC Universe, are apparently not building Catalyst apps now after all. And Netflix is not building a Catalyst app, either.

That’s not the greatest launch, especially for something as important as Catalyst. However, do you think the general public is really paying any attention to this?