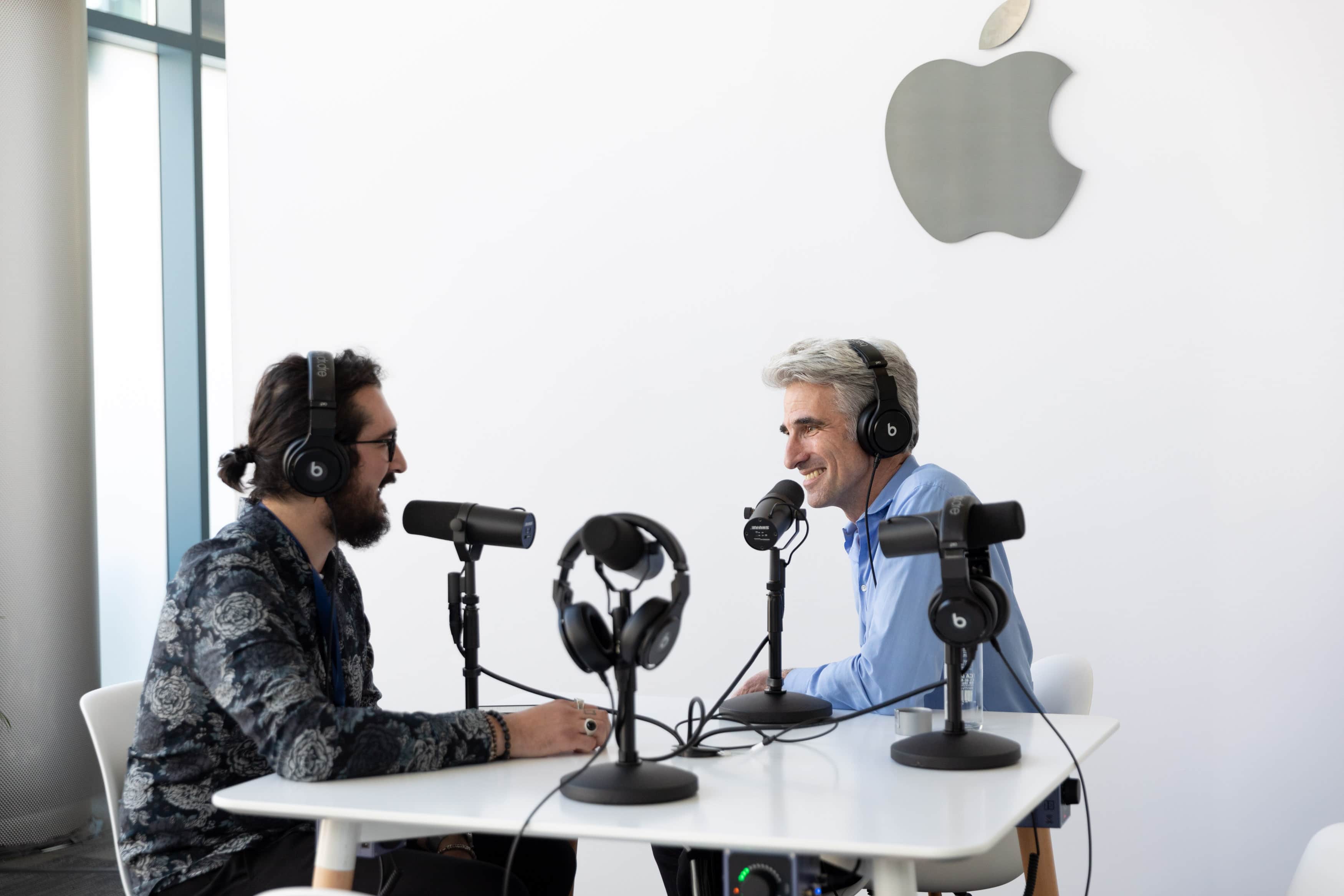 Craig Federighi is Apple’s SVP of Software Engineering, and he had plenty of time on stage at this year’s Worldwide Developers Conference keynote to talk about a lot of the new things Apple is launching this year. But now that the keynote is wrapped up, Federighi is making the rounds, discussing those features, and offering up a few more tidbits of information along the way.

This time around, Federighi sat down with MacStories‘ Federico Viticci. The pair have a conversation that lasts almost an hour, and in it go over many of the new things that Apple announced this year. That includes Catalyst, which will see developers able to bring their iPad apps over to macOS Catalina. They also discuss iPadOS and SwiftUI, among other things.

One of the more comical moments from the lighthearted interview is Federighi’s comment on iPadOS’s support for external drives like USB drives. Federighi admits that there are plenty of use cases for this sort of support, and admits that a lot of people out there, including photographers, have wanted this feature for quite some time. Even if he admits he’s an AirDrop kind of guy.

But at the same time, Federighi jokes about the fact that this is an old concept — not one that’s built around a wireless future at all.

External drives. We’re willing to acknowledge the 1990s and go all the way back. You know, people still use them sometimes. I’m an AirDrop fan myself, but I understand there are other uses. We know with photographers, the ability to import their photos directly into an app like Lightroom is so important.

SwiftUI will make it possible for developers to create full-featured user interfaces with new declarative code. It’s one of the new areas that Apple is most excited about, as it makes life a bit easier for developers. Hopefully.

SwiftUI will make development of UI more accessible to many people who maybe weren’t approaching it before. And that’s exciting because we’re already seeing some of that with Swift and Swift Playgrounds. But even for the most experienced of developers, giving them a tool that is that expressive and that interactive is going to mean they’re going to build better things. They’re going to try out better ideas. And that’s going to result in better apps.

iPadOS is viewed as an extension of iOS, but made for the iPad and embracing the different experience made possible thanks to the larger form factor when compared to the iPhone. As a result, iPadOS has new features that are meant specifically for iPads, helping it stand out as a definitively distinct thing.

Things like Drag and Drop, Split View, Slide Over, Apple Pencil. These are things that really define a different way of working with the device. When I work on my iPad, I don’t feel like I’m working on a big phone, or like I’m working on a Mac. I feel like I’m working on an iPad. What we mean when we say macOS, or when we say tvOS, which is an iOS-based platform — or when we say watchOS, which at its core is iOS. These things to us are definitions of experiences. There’s a watchOS experience that’s tailored for apps that make sense on your wrist. tvOS, a 10-foot UI that makes sense in that context. iPadOS has become a distinct experience. We’ve been working our way there steadily over time. With the work we did this year, we felt like we were at a place where this truly was a distinct thing.

The full interview is absolutely worth listening to, especially if these new elements of Apple’s business are interesting to you.

What was your most exciting announcement from this year’s WWDC?