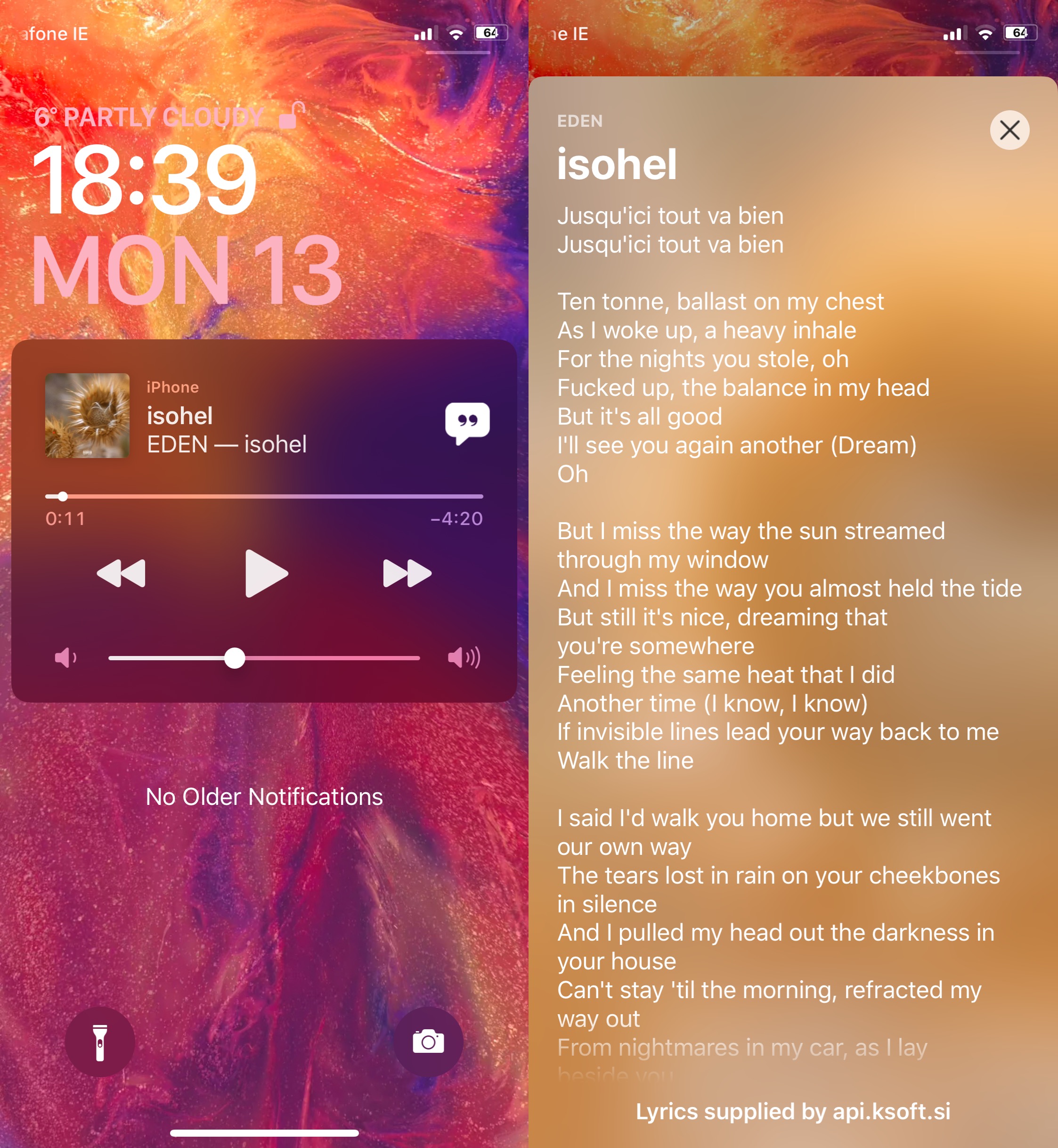 Not everyone cares about song lyrics, but if you’re the type of person who likes to follow along with whatever it might be that you’re listening to, then we have no doubt that you’ll enjoy a newly released jailbreak tweak dubbed Lyricify – originally by iOS developer ConorTheDev and more recently passed to iOS developer Renaitare.

As depicted in the screenshot examples, Lyricify was beautifully designed to display your favorite song lyrics directly on your handset’s Lock screen in an Apple-esque manner. With that in mind, the tweak looks and feels native, making it feel both familiar and easy to use.

If you hadn’t already noticed, Lyricify replaces the native AirPlay/Connectivity button on the Lock screen’s Now Playing widget with a lyric fetch button that can be tapped to toggle lyrics for any Now Playing music track.

In addition to showing lyrics for music that don’t already populate from Apple Music, Lyricify can also fetch song lyrics for songs playing by way of other popular streaming services including Spotify and SoundCloud, just to name a few. Other interesting features, as detailed in the tweak’s depiction, include:

– Blackout Mode: Deep black backgrounds, suited for OLED devices.
– Double-Tap Mode: For those who like a cleaner experience. Access your lyrics by double tapping on the album artwork instead.
– Lyrics for any song or streaming service: Powered by multiple APIs bringing you the most accurate lyrics.

We particularly enjoy the tweak’s attention to detail as it attempts to conform with Apple’s iOS 13 design standards, and we think it meshes nicely with the iOS experience.

Those who agree will probably want to pick this gem up for $0.99 from the Chariz repository via any package manager before it goes back up to the original $1.99 price following the initial launch week. Lyricify supports both jailbroken iOS 12 and 13 devices and plays nicely with other favorite jailbreak tweaks such as Sylph, Flow, and more.

Will you be downloading Lyricify for your music needs? Share in the comments.