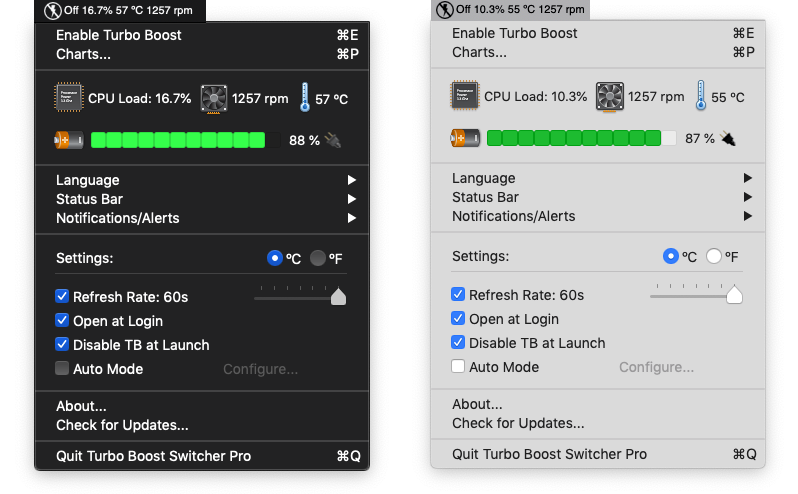 If you’re annoyed when your MacBook’s fans kick into overdrive every time you launch a CPU-intensive task like high-demanding gaming, or macOS simply decides to run the Spotlight or Photos indexing process, you should give an app called Turbo Boost Switcher a try.

According to Intel, Turbo Boost technology was designed to give the CPU shorts bursts of extra power when you need it most. It basically lets the CPU cores and the integrated GPU in your Intel chip perform faster than the rated operating frequency for peak loads.

Although Turbo Boost decides if the CPU should enter this mode based on the workload and operating environment, resource-intensive apps such as Adobe Photoshop — or background processes like Spotlight and Photos indexing (which kicks in after you install a major macOS update) — typically force the CPU to enter Turbo Boost mode to provide extra speed. 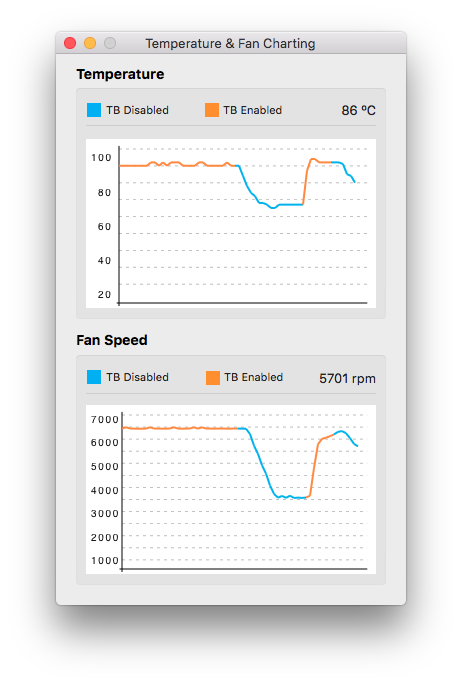 But because Turbo Boost runs the CPU cores at higher speeds, the processor heats up and prompts the fans to start spinning like crazy to keep the internal components cooled. It can be very annoying, but that’s where Turbo Boost Switcher comes to the rescue.

This nifty little app sits in your Mac’s menu bar, allowing you to enable or disable the Turbo Boost feature at will. Disabling Turbo Boost also increases your MacBook’s battery life by up to 25 percent and your notebook will also run noticeably cooler.

Because Turbo Boost Switcher is a precompiled macOS kernel extension, the app will prompt you to enter your admin password when using it. Due to new security features in macOS, you’ll need to allow the kernel extension to be used the first time you try to disable Turbo Boost by clicking the button Allow in System Preferences → Security and Privacy. 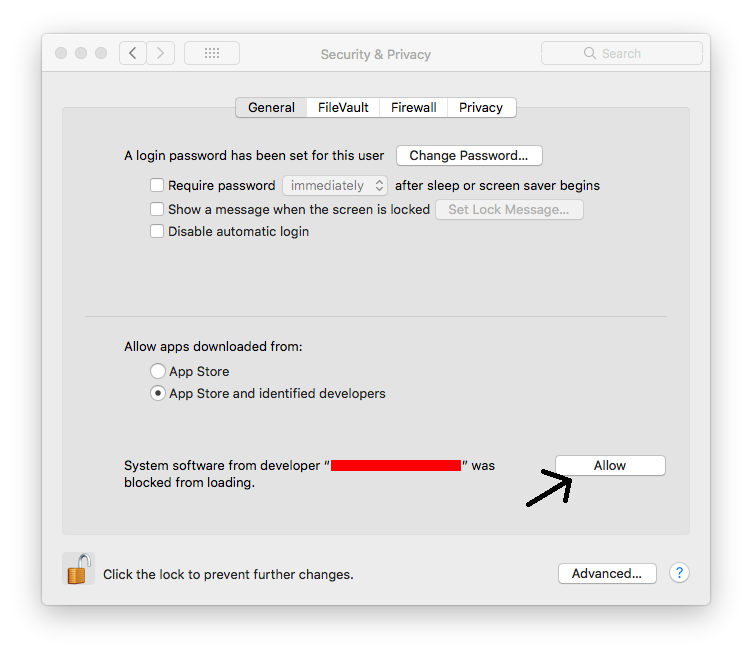 The app supports Dark Mode and can be configured to enable or disable Turbo Boost Boost automatically for a set of certain apps like Photoshop that are taxing on the CPU. And with support for macOS notifications, you can disable Turbo Boost right from the alert pop-up.

You can also set the app to toggle Turbo Boost off when your notebook is connected to power or choose to disable Turbo Boost depending on factors such as fan speed, remaining battery charge or when battery goes below a configurable level.

You can grab Turbo Boost Switcher from the developer’s website. 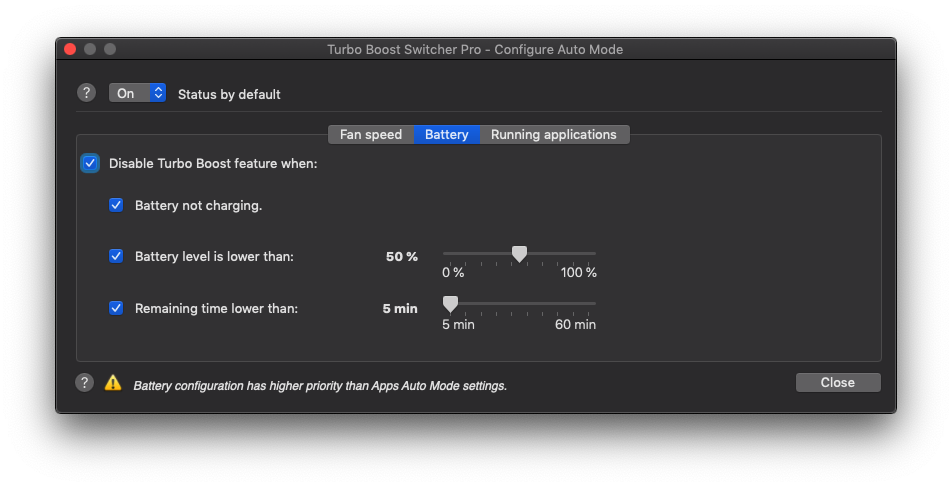 The app is available to download at no charge.

You’ll need to a $10 pro upgrade to avoid typing your password every time you want to control Turbo Boost. The pro version also includes additional features not found in the free version.