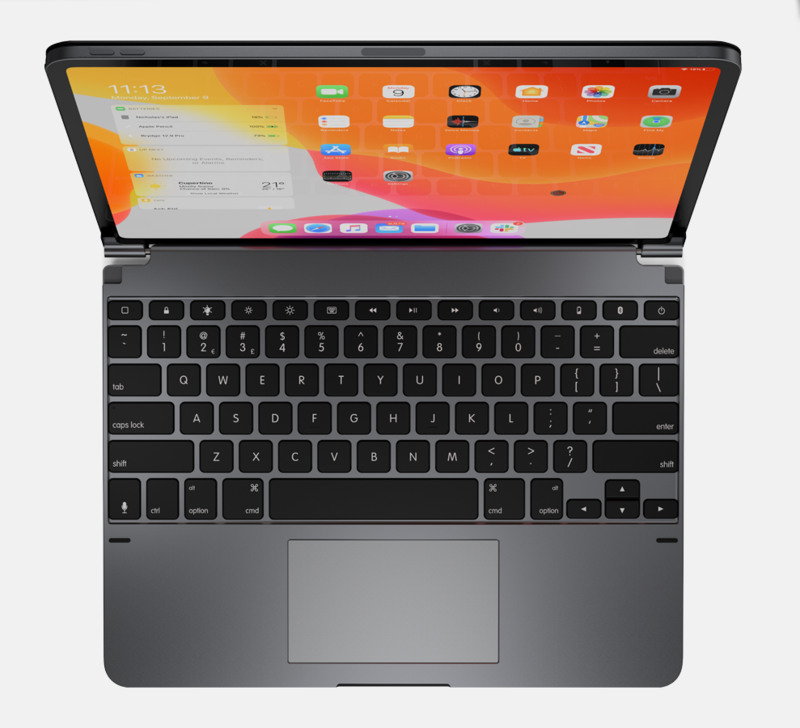 The accessory maker Brydge has made a name for itself over the years by creating top-of-the-line keyboard accessories for various Apple-branded iPads. And now it has its first with an integrated trackpad.

We have known since October of last year that Brydge was working on a new iPad keyboard accessory with an integrated trackpad, and now the new accessory is officially official. It’s called the Pro+, and we know it will launch soon, as well as pricing. The new Brydge Pro+ is made for both the 2018 12.9- and 11-inch iPad Pro models.

The primary selling point here is the integrated trackpad, which Brydge says supports multi-touch technology. This means it can take advantage of the iPadOS’s Assistive Touch features, so you’ll get mouse support on your iPad while using the trackpad. It supports specific taps on the surface to access iPadOS features.

Tap the trackpad with three fingers to launch App Exposé and access the Dock by tapping the trackpad with two displays — even when you’re in an app. You can also just stop on the bottom-right or bottom-left of the iPad’s corners and jump right back to the Home screen.

The Pro+ also offers an adjustable backlit keyboard, featuring three separate levels of brightness. And this is a full case/keyboard accessory, so you’ll get protection for the iPad as well.

Brydge says that the first 500 pre-orders for its new Pro+ iPad keyboard accessory will ship out beginning in late February. Meanwhile, additional orders will start shipping in late March. The accessory is priced at $199.00 for the 11-inch iPad Pro, and $229.00 for the 12.9-inch iPad Pro. It will last up to three months on a single charge, and connects via Bluetooth.

Pre-orders aren’t open just yet, but you can sign up for a notification when they do go live right here.

Brydge also says it’s working on a standalone trackpad as well, which will feature a glass design and also support multi-touch. Brydge hasn’t said when this will launch, though, nor revealed how much it will cost.

Do you think you’ll be picking this up? You can check out how the Brydge Pro for the 2018 iPad Pro stacks up against the official Smart Keyboard Folio from Apple to see how solid Brydge’s build quality is in our video comparison.