It’s always exciting for the jailbreak community when someone comes forward with a brand-new bug that could potentially enable exploitation for jailbreaking newer devices and versions of iOS. After all, Apple tries very hard to keep iOS bug-free and quickly patches anything that even smells jailbreakable.

With that in mind, a newly-teased ‘tfp0’ bug shared first by @08Tc3wBB and later validated by security researcher @RazMashat would appear to be compatible with Apple’s latest and greatest iOS 13.3 firmware on handsets up to and including the A13 variety. Indeed; even the iPhone 11 Pro platform seems to be vulnerable: 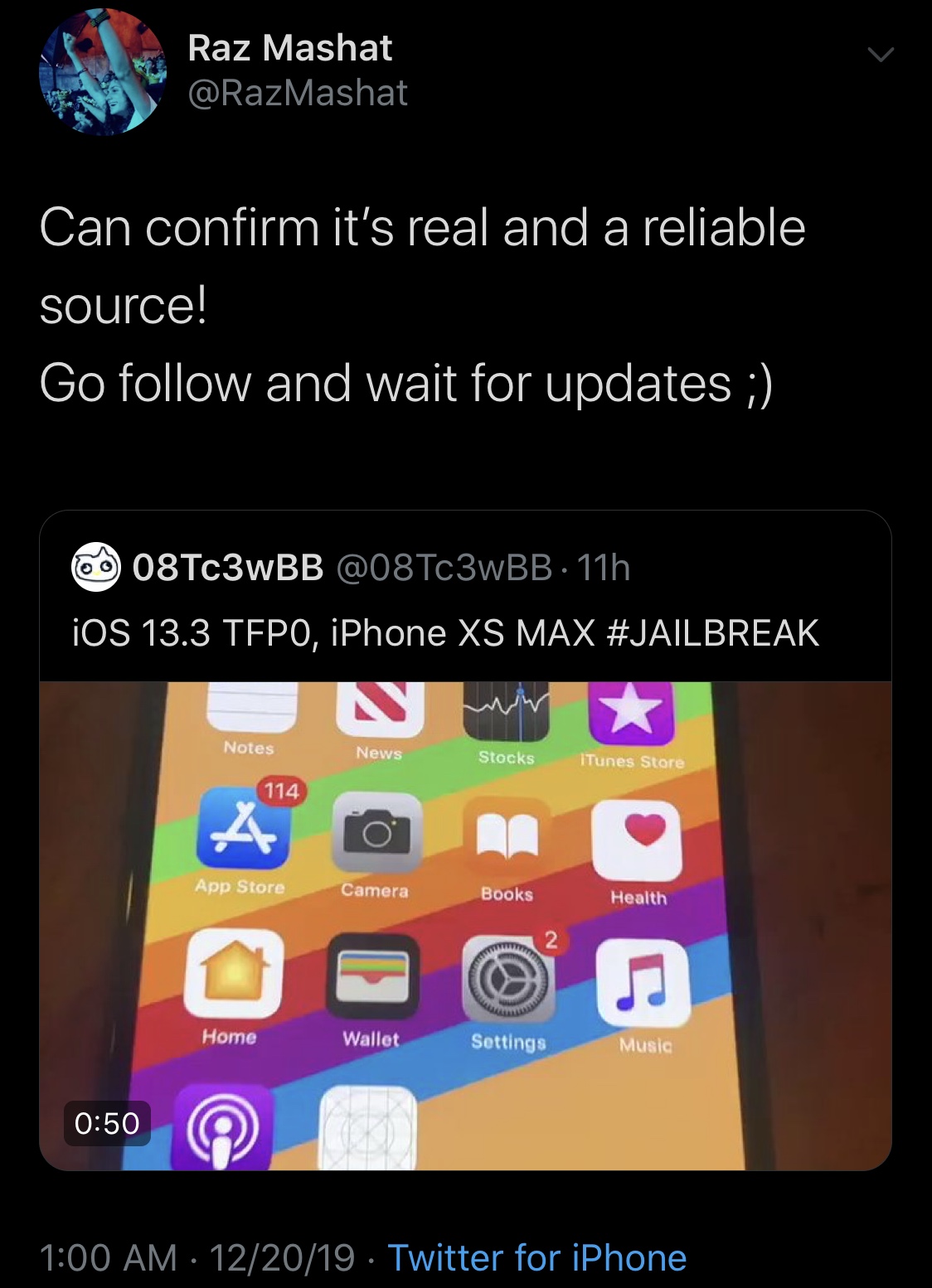 From what we can gather, the bug also works on A12(X) devices, which are jailbreakable up to iOS 12.4.1 with unc0ver or 12.4 with Chimera. If released, this bug would potentially set the first steps for A12(X) jailbreakability on iOS 13. The only iOS 13-compatible jailbreak at this time is checkra1n, and it only works on A7-A11 devices up to and including the iPhone X.

The newfangled bug first went public when @08Tc3wBB Tweeted this teaser video of himself launching a special side-loaded app and generated a forced crash upon launching the News app afterward. It may not look like much to the untrained eye, but it’s being teased as ‘tfp0,’ a phrase that tends to describe an incredibly helpful process in exploiting iOS.

We don’t know very much about the bug at the time of this writing, and @08Tc3wBB has yet to announce an ETA for his work.

It’s worth noting that @RazMashat, the security researcher who confirmed the bug’s validity, is followed on Twitter by trusted hackers including Chronic and Pwn20wnd. Furthermore, @RazMashat said that @08Tc3wBB hasn’t yet decided if he will release the tfp0 bug publicly or disclose it to Apple first for a monetary reward. The latter would almost certainly result in a software patch.

It should be interesting to see if @08Tc3wBB releases his bug publicly, and additionally, if any hackers can integrate it into a jailbreak.