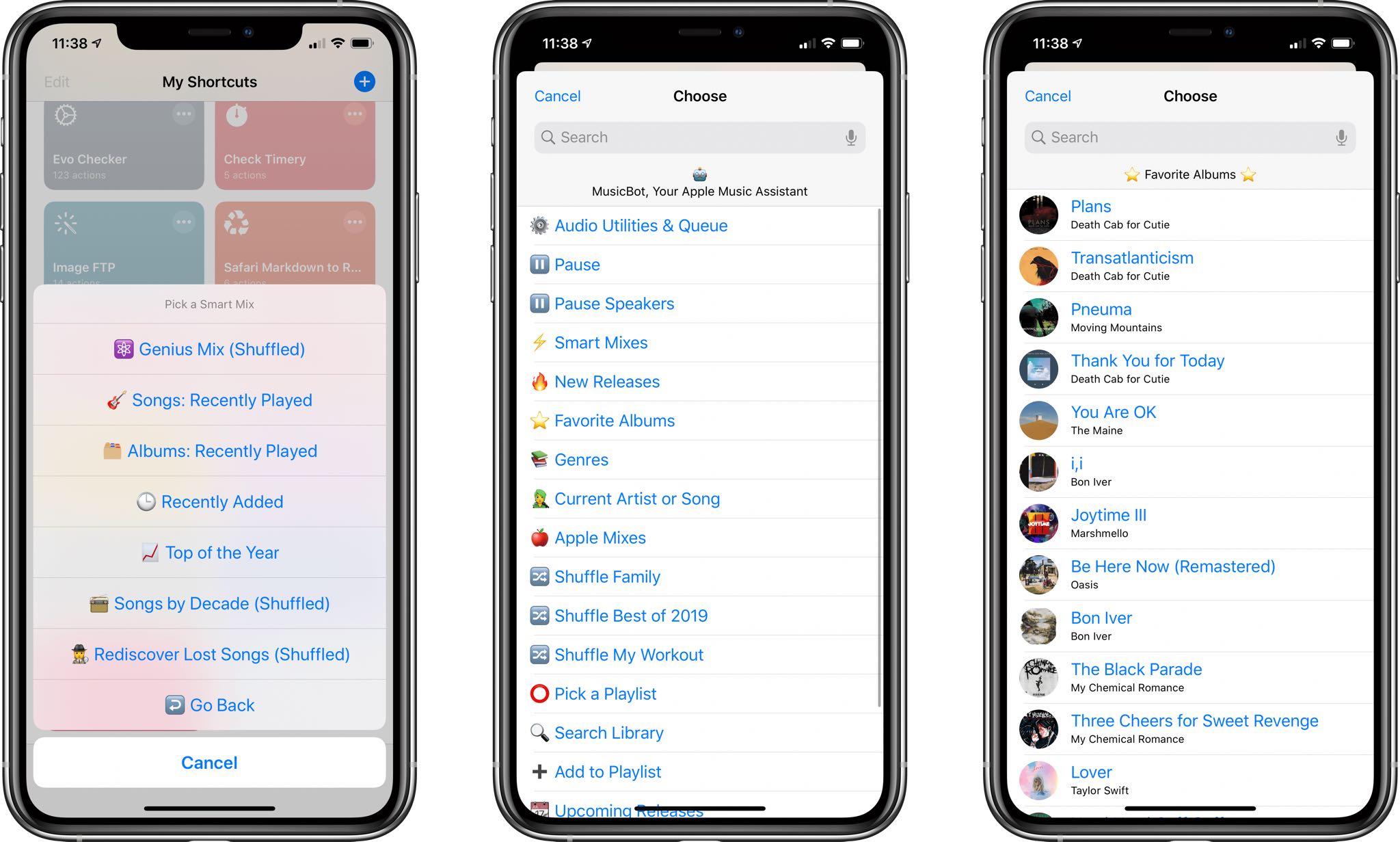 MacStories editor-in-chief Federico Viticci has created an awesome new shortcut for iPhone and iPad comprising 800+ actions that enhances your Apple Music subscription and allows you to control AirPlay 2 media streaming and your HomePod speaker with ease.

Dubbed MusicBot, this iOS automation script is being billed as a powerful assistant for your Apple Music account that not only speeds up common interactions but also offers several unique features that Apple should have implemented in the first place.

After downloading MusicBot, run it from within Apple’s Shortcuts app. At first run, you’ll go through an onboarding experience requiring you to pick your three favorite playlists, choose a calendar for new music releases, name your favorite mixes and similar. 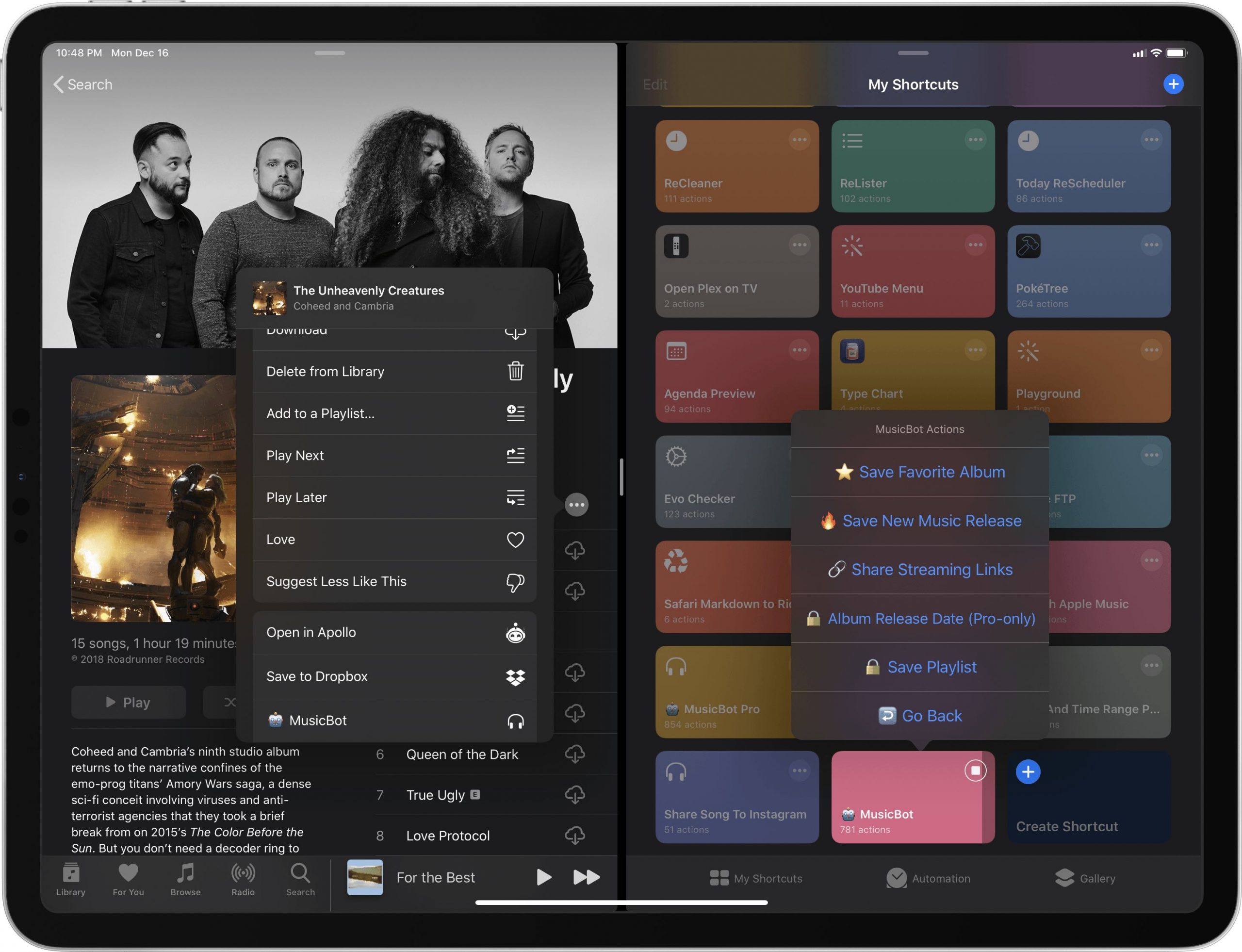 Some of the more interesting features of MusicBot, according to 9to5Mac’s Zac Hall:

Zac highlighted a few other features, too:

One of my favorite features that I didn’t know I needed is initiating the new ambient sounds feature on HomePod. You can start one of a few ambient sound loops by voice, but you need to know the lingo. MusicBot includes shortcuts to starting nature, rain, ocean, and white noise loops with a tap.

You can also share a currently playing song right from the Music app using the share sheet extension, and you aren’t limited to sharing the song as an Apple Music link. You can also include Spotify, YouTube, Pandora, and other service links. Just select each service that you want to include in your shared message including combinations of services.

Best of all, MusicBot is available to everyone for free. Viticci also announced MusicBot Pro with additional advanced features, coming later this week exclusively for Club MacStories members. 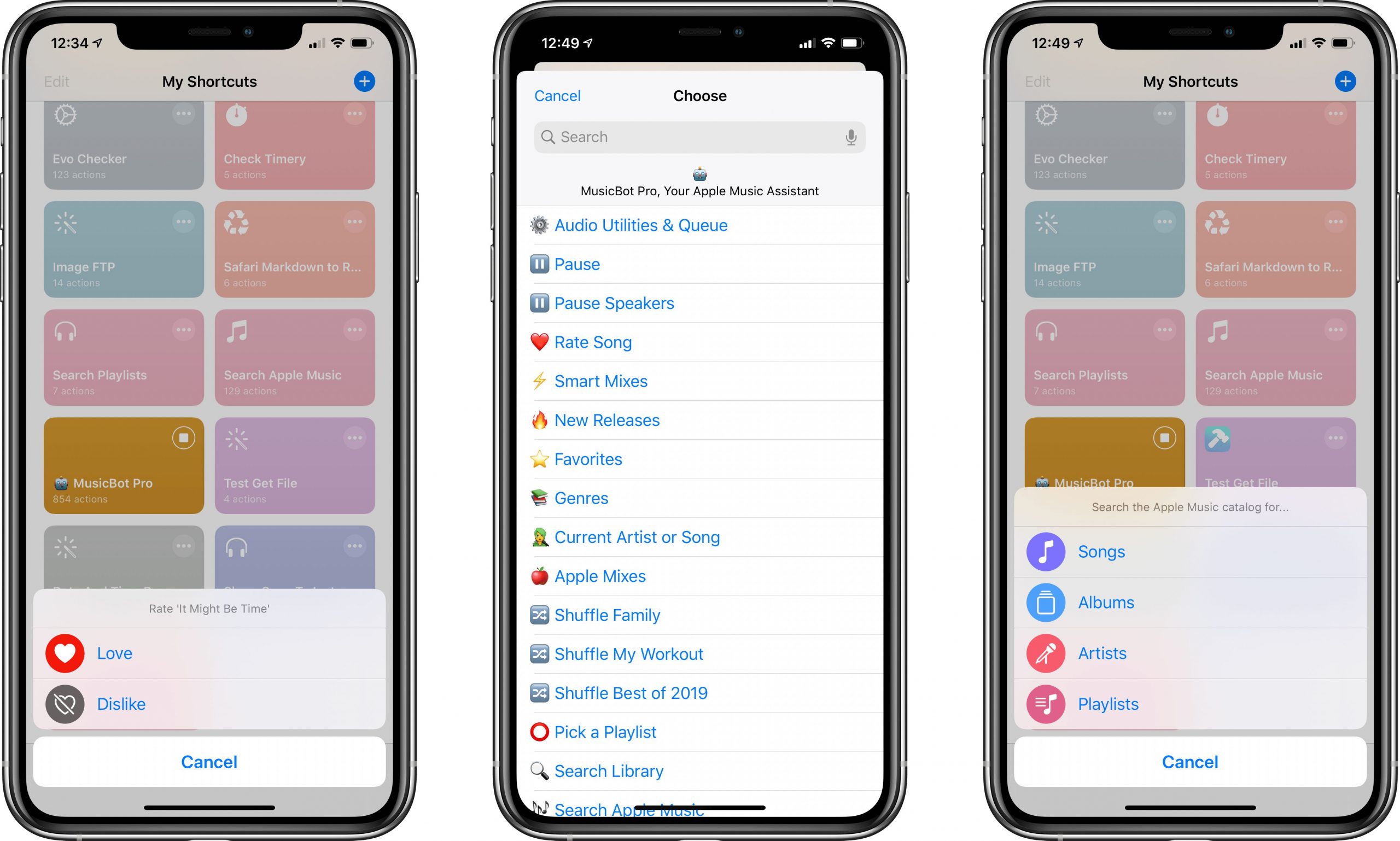 MusicBot Pro’s more advanced Apple Music integrations are powered by Toolbox Pro, which is available separately on the App Store and has to be installed for MusicBot Pro to work. 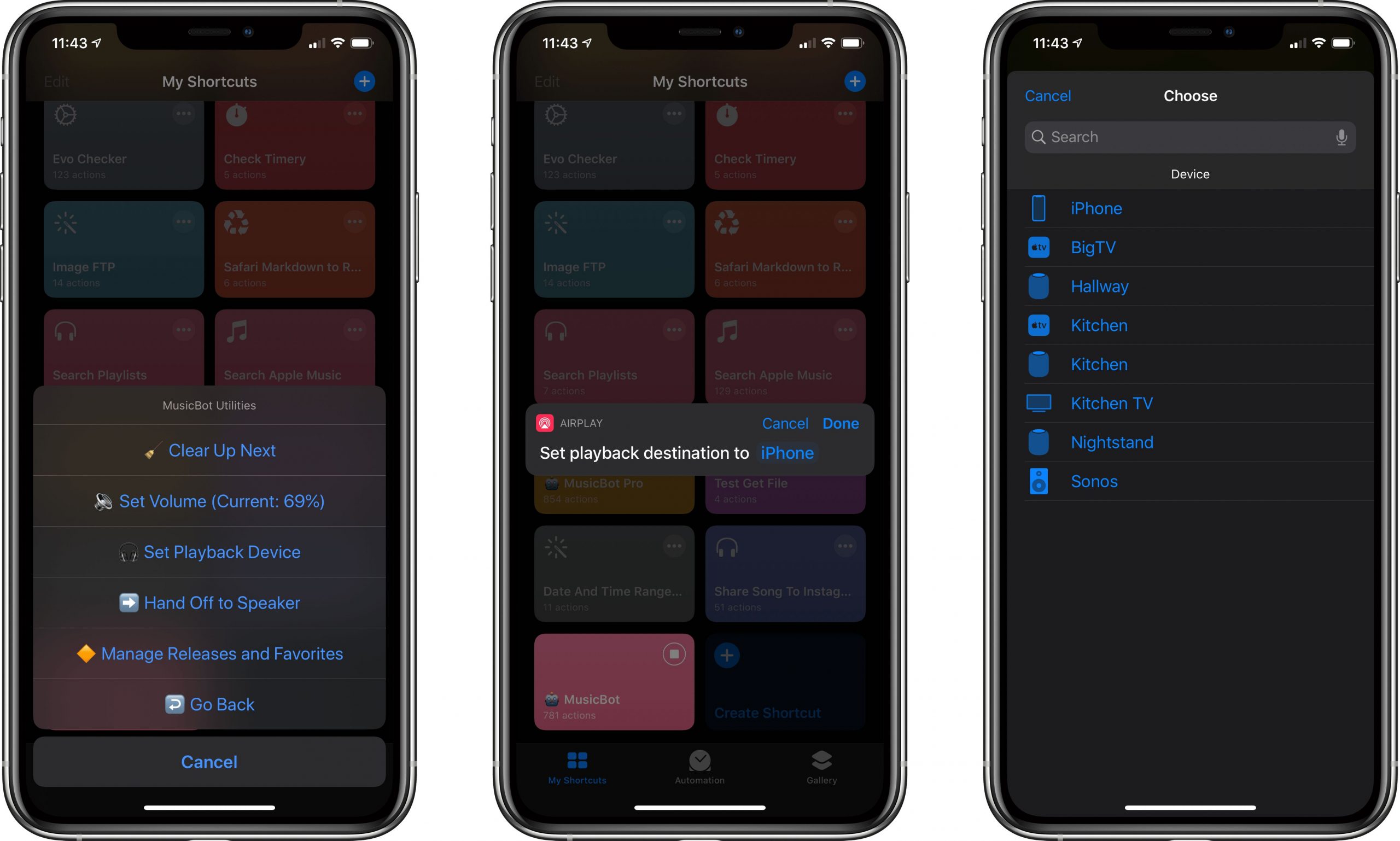 This is just one of the more than 150 shortcuts that the MacStories has created from scratch and is offering at no charge whatsoever. Additionally, the Mac and software-focused publication earlier this year released a set of 300+ Home screen icons for your shortcuts.

Download MusicBot to your iPhone or iPad for free.