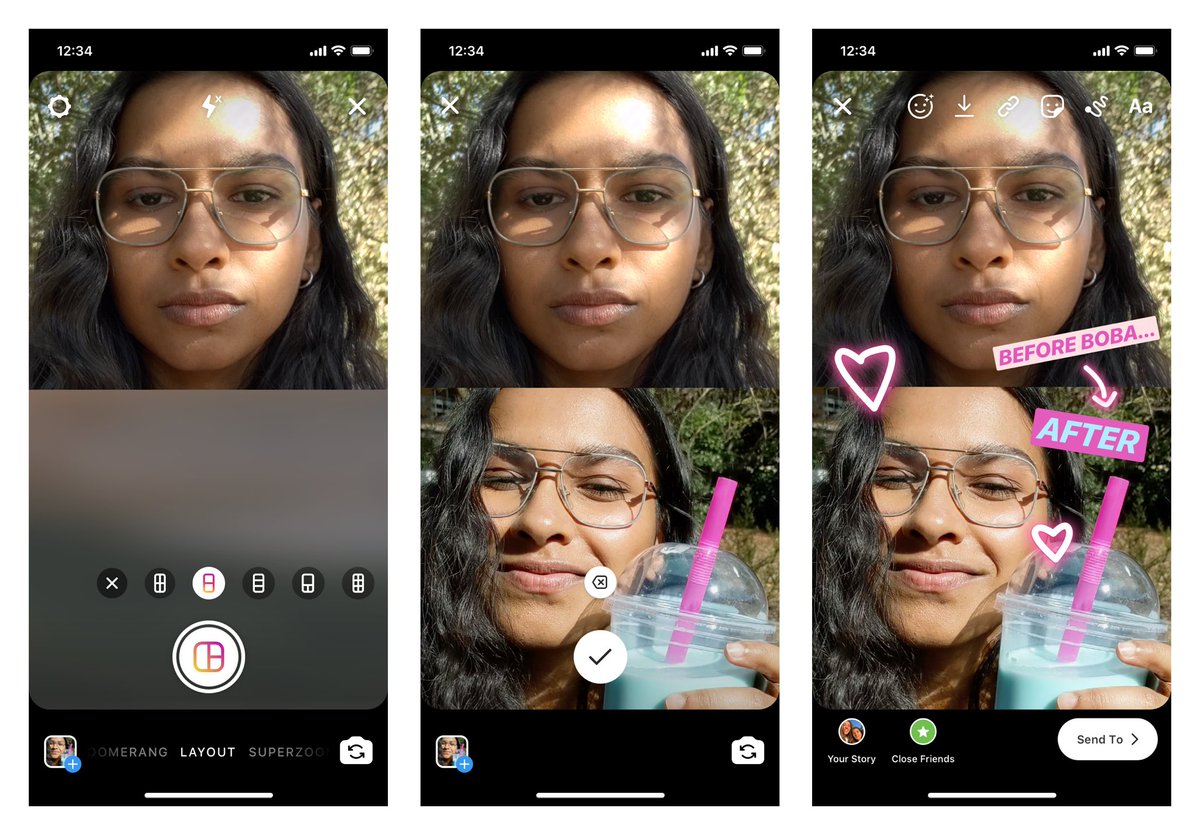 Instagram is adding a new feature into the stock app, taking cues from popular third-party options out there.

Announced today, Instagram says that the new “Layout” feature is rolling out globally to all users this week. With it, users will be able to upload up to six photos to a single Story. To get it to work you just need to open Stories camera within the app, and then select the new “Layout” option. You’ll be able to upload the Story, with all your photos in one post, just as you normally would.

Strike a pose. And another pose. And then another. 📸

With Layout, you can now capture and share multiple photos in your story — a new, creative way to express yourself. Check it out! pic.twitter.com/j02aYOjsoO

Stories has become one of the most popular elements of Instagram, and, as such, the company has been adding new features to the mix. That includes “Reels”, aimed to take on the mega-popular TikTok app.

As noted in the original report, and in Instagram’s tweet, the new Layout feature should be available now for all Instagram users.

Do you use Stories often?