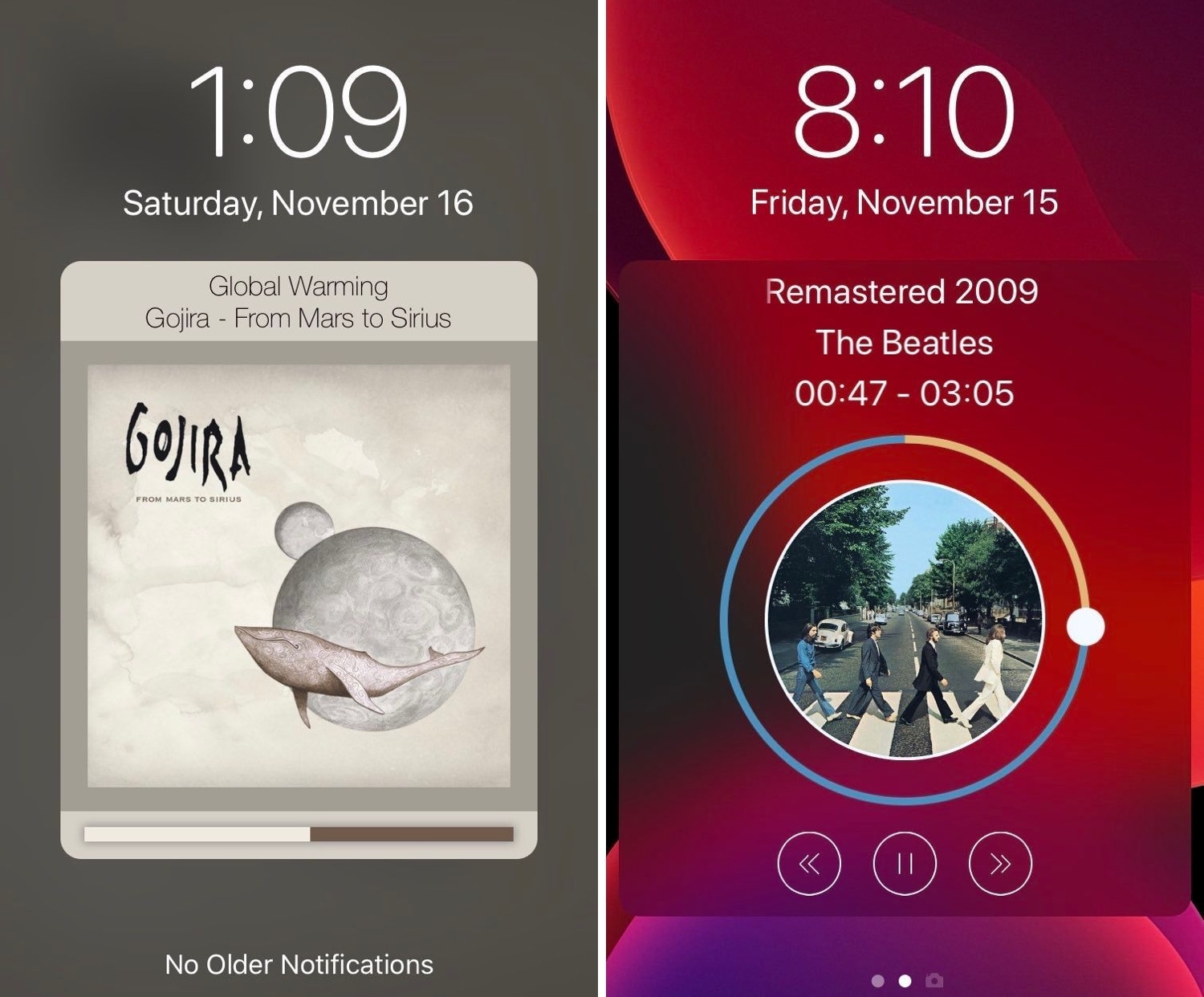 Those who listen to a lot of music on their iPhones are probably accustomed to looking at what seems like the same Now Playing interface Apple has provided for years. But if you’re like me and you’re looking for something a bit more eccentric, then you might enjoy using a newly released jailbreak tweak called Tune by iOS developer s1ris.

As depicted in the screenshot examples above, Tune can replace the traditional Now Playing interface with something a lot more aesthetically pleasing. At this time, the tweak supports two different styles, including Helius (left) and Spin (right).

Tune’s Helius interface incorporates minimalism with a flat, color-matched aesthetic that goes nicely with any album artwork you can imagine, while the Spin interface displays all the typical music controls and transforms the scrubber into a full 360-degree circle rather than a straight left-to-right line.

Both interfaces display pertinent information about what’s currently playing, including song name, artist name, song progress, and most obviously, the album artwork to give listeners something nice to look at. The primary difference between the two is that Helius doesn’t show the play/pause, rewind, and fast-forward buttons like Spin does, and instead, it relies on gestures to control playback.

After installing Tune, you’ll find a preference pane in the Settings app with some options you can customize to your liking: 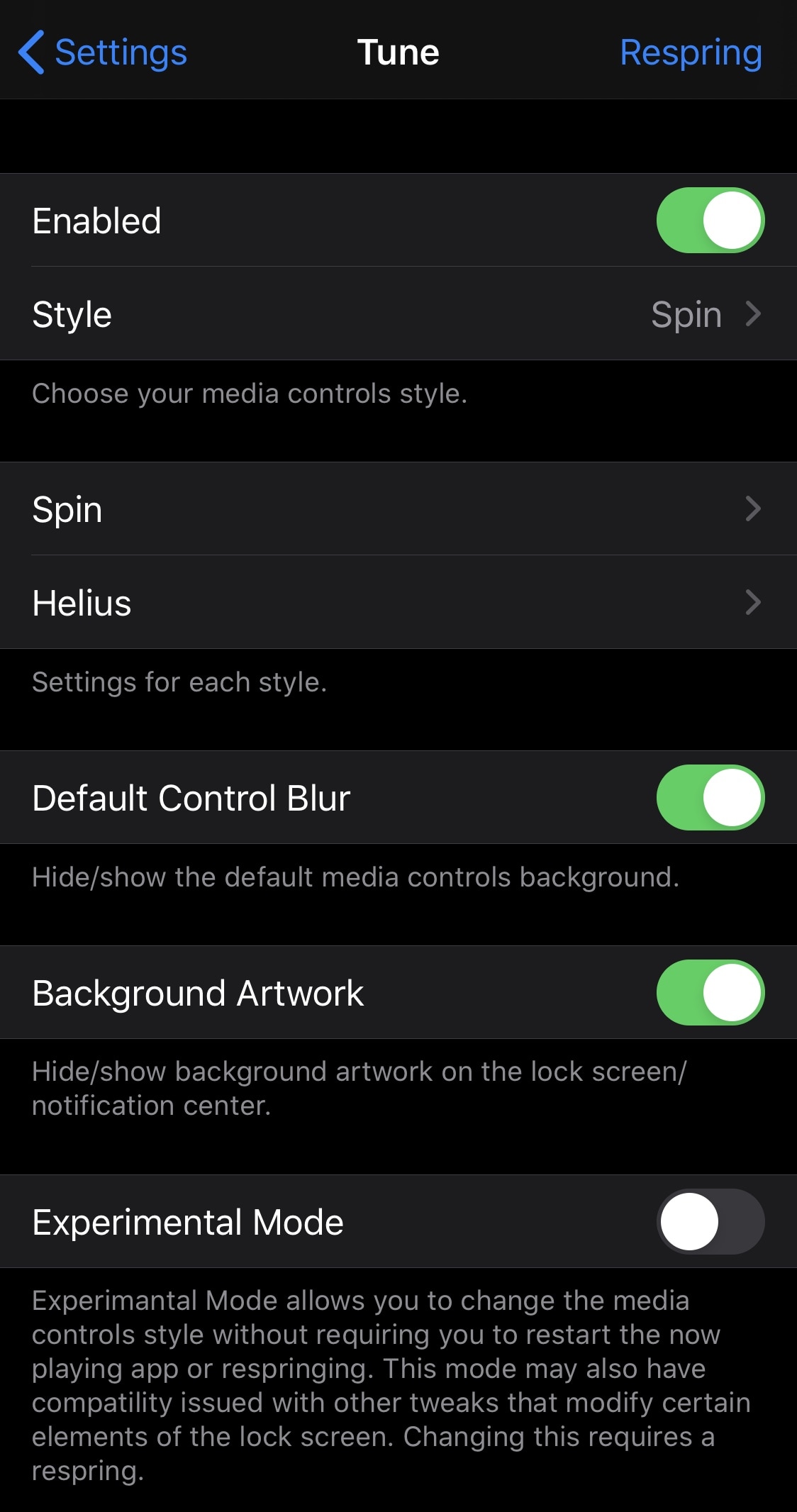 Options for the Spin interface include the following:

Options for the Helius interface include the following: 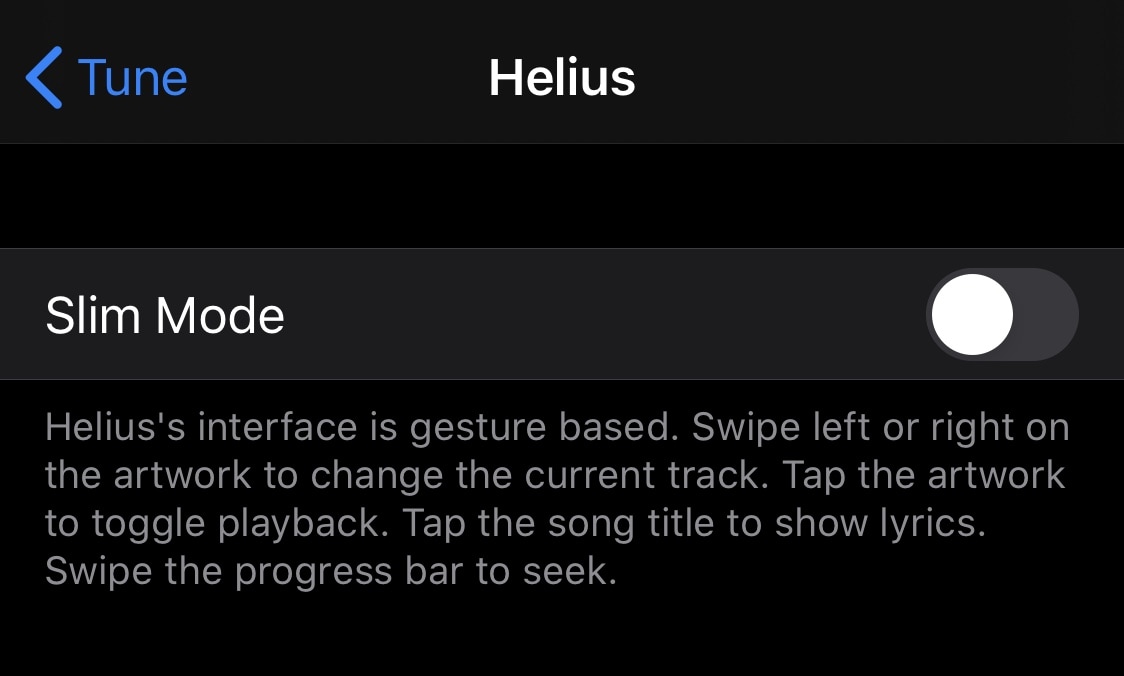 The developer includes a Respring button at the top right of the preference pane so that you can easily save any changes you make on demand.

If you’re looking for a fresh new take on iOS’ Now Playing interface, then it’s hard to go wrong with Tune. The tweak is available from the Packix repository for $0.99 and works with all jailbroken iOS 13 devices.

Will you be augmenting your iPhone’s Now Playing experience with Tune, or do you prefer the stock controls? Let us know in the comments.