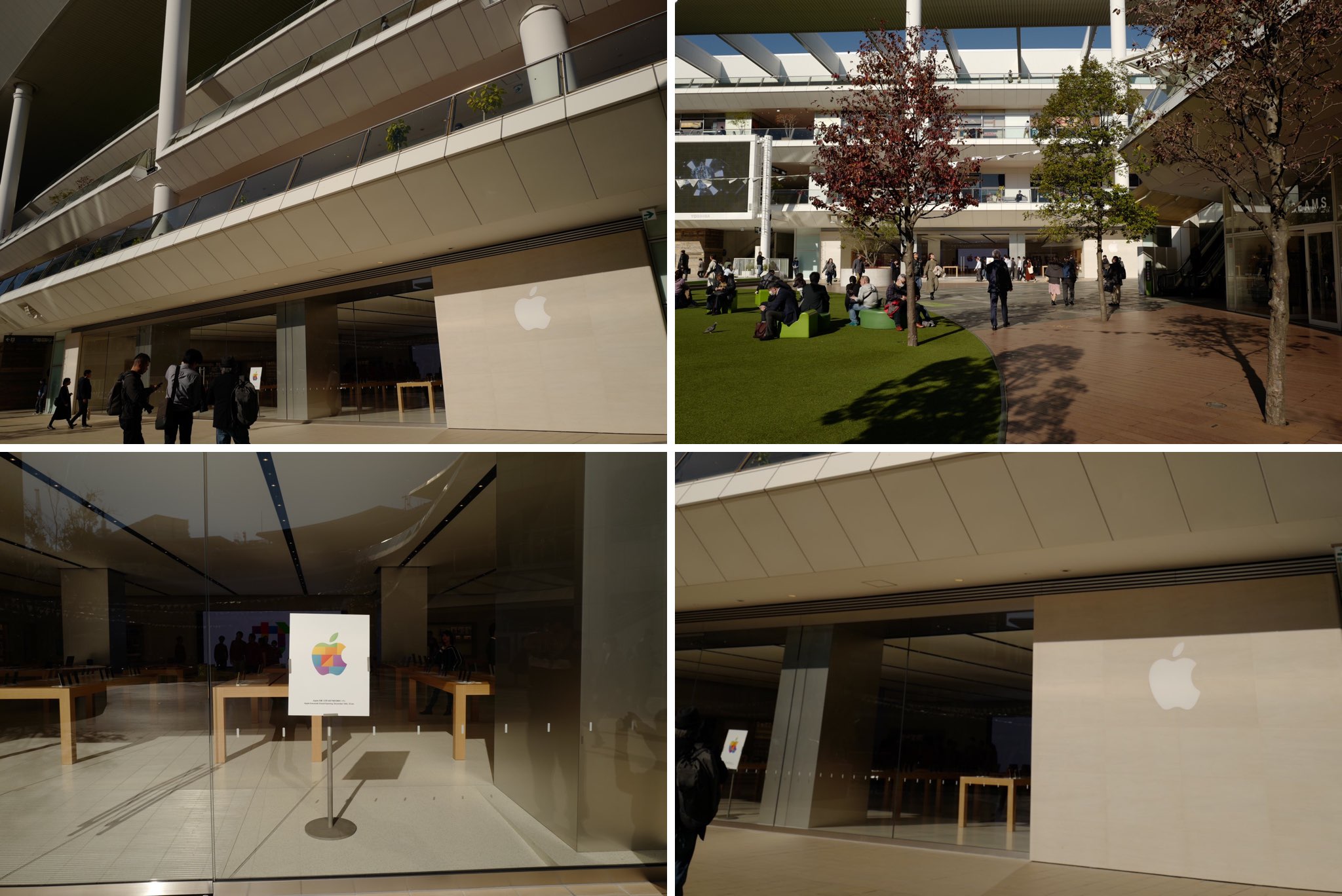 According to a report this morning by Engadget Japan, Apple Kawasaki is the company’s first retail store in the region that’s located in a shopping mall. Apple held a media event earlier this morning taking local journalists on a tour of the upcoming single-level store.

Not unlike other major Apple retail stores that have been opened or refreshed in the past few years, this one features the company’s next-generation retail design with large, open spaces, all-glass facade, a massive vide wall, a Forum area and Avenue shelving.

As noted by 9to5Mac’s Michael Steeber, six-color mosaic decorations wrapping the store’s windows have been cleared away ahead of grand opening.

To celebrate the opening, Apple has created an App Store story featuring creative apps enjoyed by families, a ‘best songs for families’ playlist on Apple Music and family collections for iTunes Movies and Apple Books.

The family connection extends to Today at Apple creative sessions. Apple Kawasaki will be one of the few select stores to offer Coding Lab for Kids: Pre-Coding with Helpsters, a session inspired by the popular children’s Apple TV+ series.

The store is scheduled to open at 10am local time on Saturday, December 14.