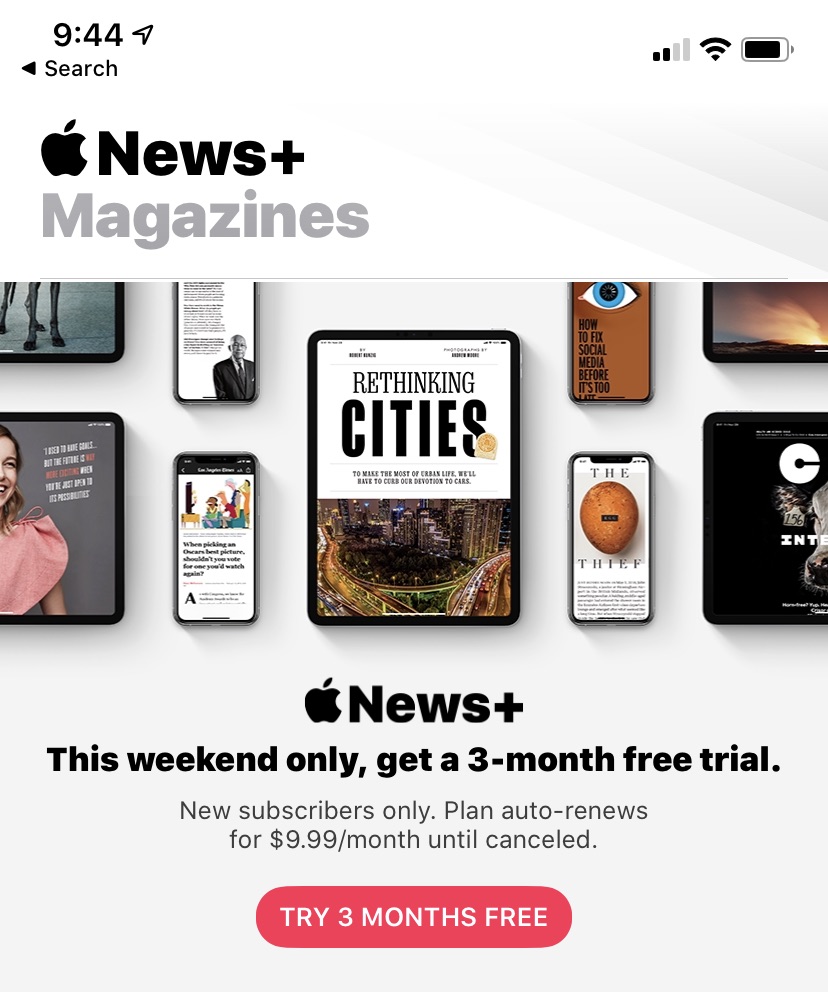 Apple has increased the term of its free trial for Apple News+ from one to three months, for first-time subscribers in the United States and Canada. The deal is going through Black Friday/Cyber Monday weekend only.

Apple News+ launched earlier this year. It’s a subscription-based news aggregation and curation service offered by Apple, which has lined up access to content from hundreds of popular magazines, newspapers and premium news sites. The service costs $9.99 per month ($12.99 in Canada) and supports Family Sharing, for up to six users.

While it attracted more than 200,000 subscribers after launch, according to Apple, Apple News+ has reported stumbled adding paying subscribers since then. A recent report from Bloomberg suggests that Apple is considering bundling News+ with other services like Apple Music and Apple TV+, and could possibly announce packages in 2020.

MacRumors first noted the three-month trial change, a clear attempt by Apple to juice new membership to the service.

Apple notes that the regular price resumes after the three-month trial, though you can cancel the subscription at any time without penalty.

The deal is limited to the U.S. and Canada only.

Are you an Apple News+ subscriber? Does the new three-month deal appeal to you? Let me know in the comments.