Good news for jailbreak hopefuls who aren’t presently able to take advantage of the brand-new checkra1n tool due to having too new of a device: there’s a new tfp0 proof-of-concept in town.

Citing a blog post first shared by Twitter user @ZecOps this Thanksgiving, the new tfp0 POC affects iOS 12.4.1 and 12.4.2, and this potentially opens the door for existing semi-untethered jailbreaks like Chimera and unc0ver to implement support for two new versions of iOS on all iOS devices since the A12(X) variety: 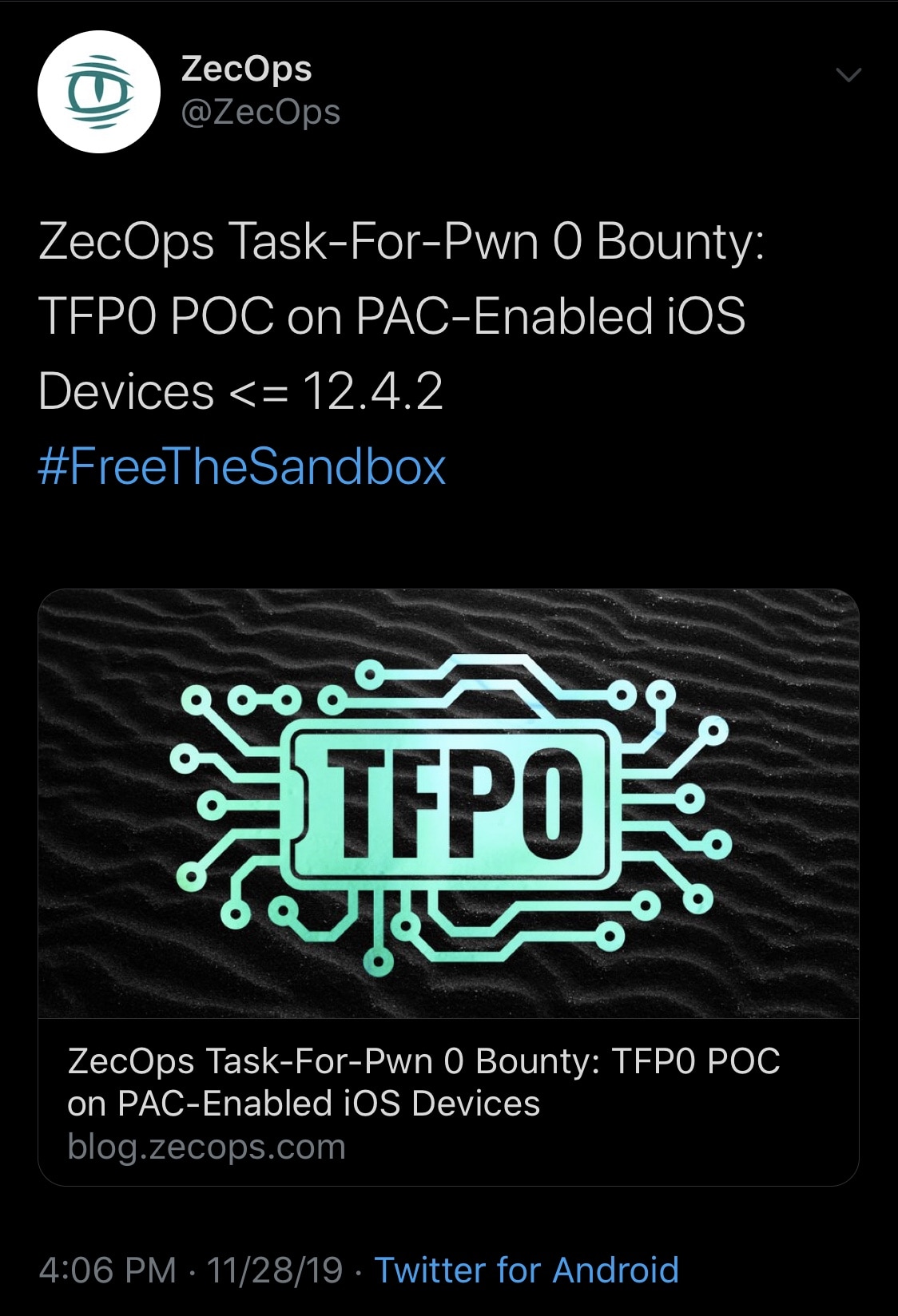 The new POC in question doesn’t encompass iOS 12.4.3 or any version of iOS 13 for that matter, which means those who’ve heeded Pwn20wnd’s famous advice to stay on the lowest possible firmware for potential jailbreak eligibility could potentially benefit from this newfangled work. Unfortunately for those who’ve already upgraded, downgrading the firmware on supported devices isn’t possible at this time.

Both the Chimera and unc0ver jailbreak tools support most iterations of iOS 12 from 12.0-12.4, with the exception of some builds prior to 12.4. Should either of the jailbreaks’ developers manage to utilize this POC in any way for iOS 12.4.1 and 12.4.2, it would make these tools even more accessible to the general public. Big Disclaimer: there are no guarantees that this will happen, but it’s certainly conceivable.

The tfp0 POC is irrelevant to the checkra1n jailbreak, as it can already pwn these versions of iOS on supported devices. Checkra1n utilizes a powerful hardware-based bootrom exploit dubbed checkm8 on handsets as new as the iPhone X, and it can’t be patched by Apple with a software update. On the contrary, this newly announced tfp0 POC can (and has already been) patched by Apple in the latest iOS updates, hence the support for specific (and unsigned) firmware versions.

Those interested in learning more about how the tfp0 POC works can head over to @ZecOps’ blog post. More pertinent resources can also be found on @ZecOps’ GitHub page.

Are you excited to see if anything useful materializes from the latest tfp0 POC? Discuss in the comments section below.