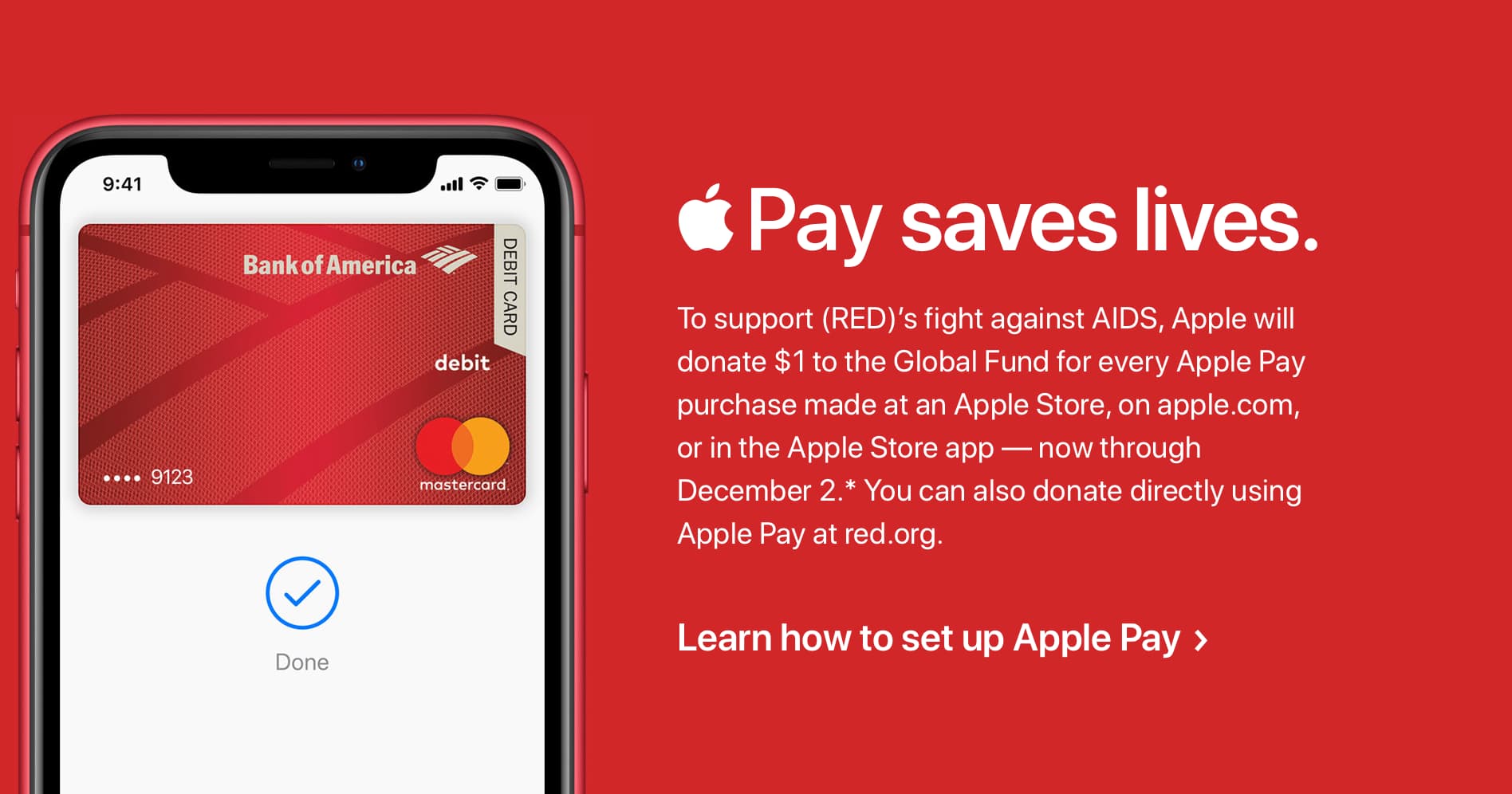 If you plan on purchasing something from Apple before December 2, Apple will donate some money to (RED) if you use Apple Pay.

Apple made the announcement on its official (PRODUCT)RED micro site today, revealing that for any purchase made with Apple Pay at a physical Apple Store, through the Apple Store app, or through Apple’s Online Store, the company will donate $1 to (RED). Apple says it will donate up to $1 million through the initiative.

To support (RED)’s fight against AIDS, Apple will donate $1 to the Global Fund for every Apple Pay purchase made at an Apple Store, on apple.com, or in the Apple Store app — now through December 2. You can also donate directly using Apple Pay at red.org.

The Global Fund to fight AIDS has been around for years, and Apple has been partnered with the (PRODUCT)RED effort for quite some time. The company has a variety of products that offer support for the program, including leather cases for its iPhone lineup, Beats-branded headphones and speakers, Apple Watch bands, the iPod touch, and of course the iPhone 11 comes in a (PRODUCT)RED color variant.

The company says that, since 2006, Apple has raised upwards of $220 million for (RED). The site also makes it clear that 100 percent of proceeds generated from RED partners funds HIV/AIDS programs across Africa. The Global Fund not only fights HIV/AIDS, but also malaria and tuberculosis.

If you plan on making a purchase through Apple in the near future, think you’ll be using Apple Pay to do it?