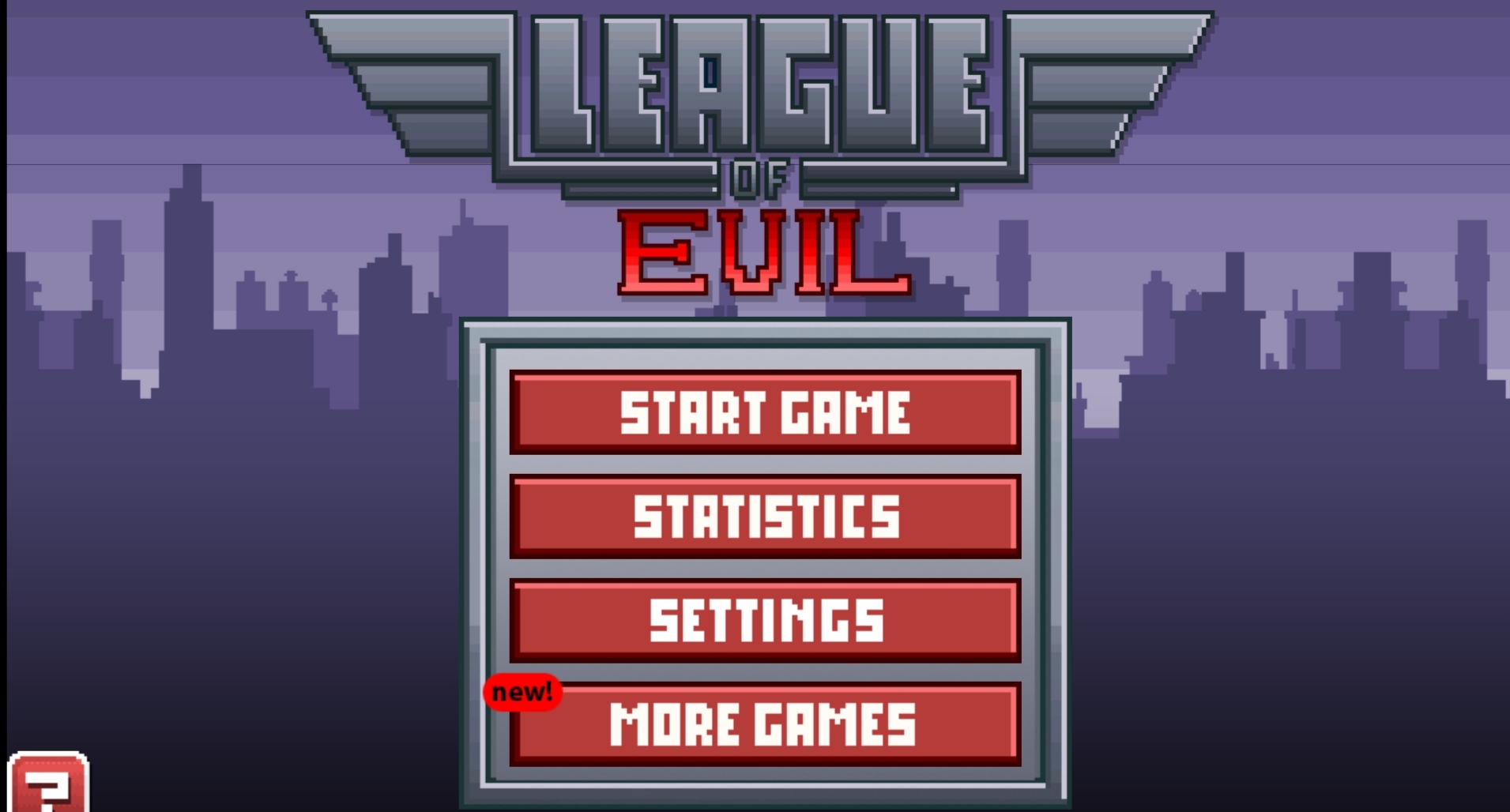 It’s not very often that I run into a game that’s not available on the App Store anymore. These Retro reviews are meant to look back at great games that gave us a fun time back in the day, so it’s a bit sad when you find a game is not available. Especially if it’s a great game like League of Evil was. While it’s not available on the App Store, League of Evil is still available through Steam, so if you have a Mac or a PC you like to play games on, you can revisit this retro title on your computer instead.

League of Evil was one of the best-received games on the App Store when it first came out in 2011. Its huge success leed to getting 2 more sequels, which only improved what the game brought to the table. Now, the company behind the game, Ravenous Games, has moved on to work on a new title for PC called Deadtime Defenders.

Now it’s our time to look back at one of the best games I’ve played on iPhone. Let’s retro review League of Evil. 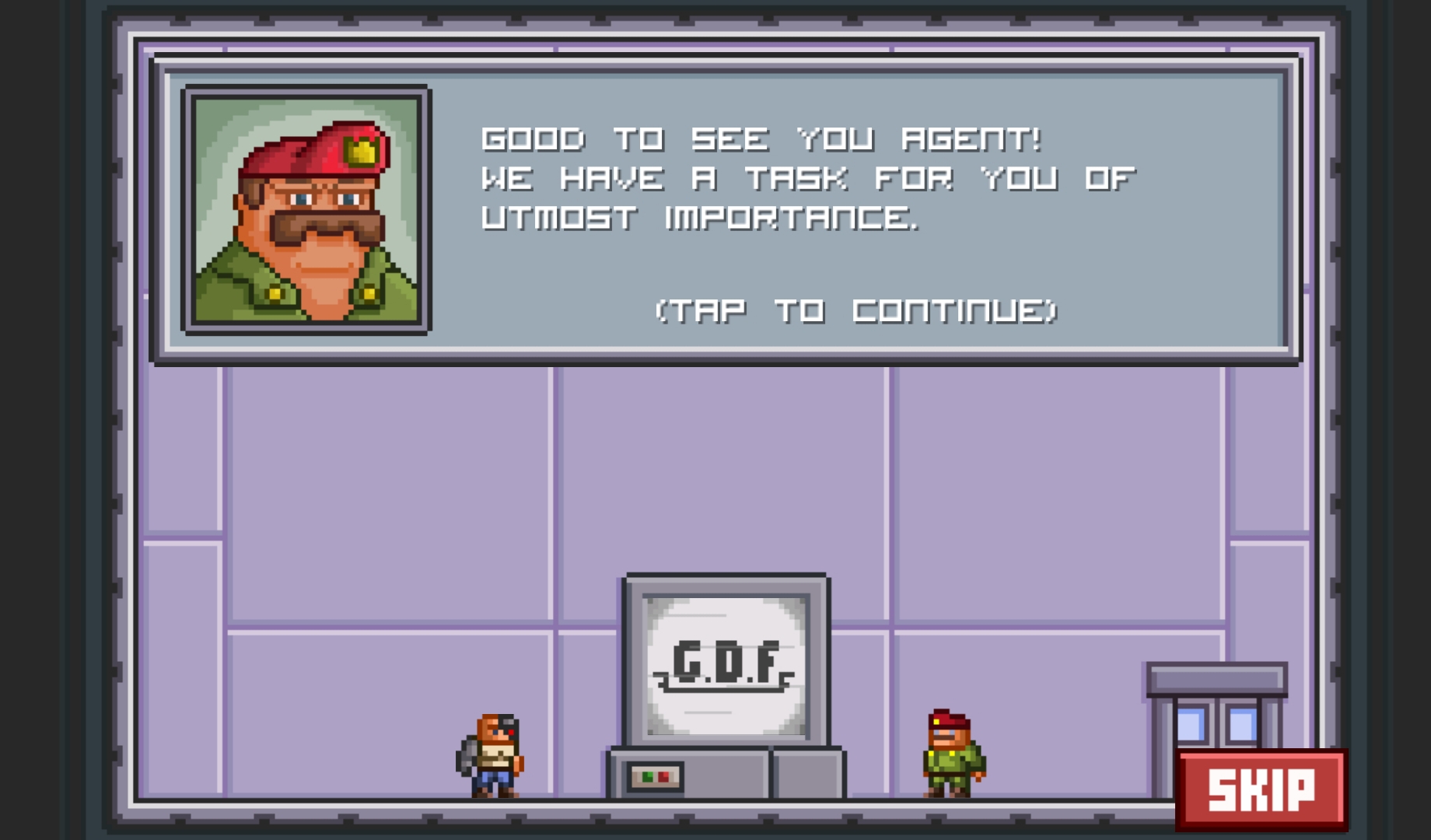 League of Evil is a platforming game. You’re an agent that’s been called to help on a worldwide threat. Evil scientists have joined forces to become a League of Evil. They’re planning on developing weapons of mass destruction and it’s your job to stop them.

You’ll parkour your way through 6 chapters, each with its own set of levels. This game was a completionist’s dream. There’s a lot of things to do at each level. You have to beat a level by punching the scientist at the end, there are briefcases hidden in each level that you need to collect, and you have to beat a level in the least amount of time to get three stars. The briefcases helped you get different challenges as you progress through the game and the stars just looked pretty.

The stars and briefcases are not impossible to get, but some might be harder to get than others. The game even has your game statistics. You can see how many stars and briefcases are left, how many times you’ve died and how much time you’ve played. You could even speedrun the game and make it to the top. Too bad speedrunning wasn’t as popular back then, especially on iPhone.

The Experience – Made for your fingertips 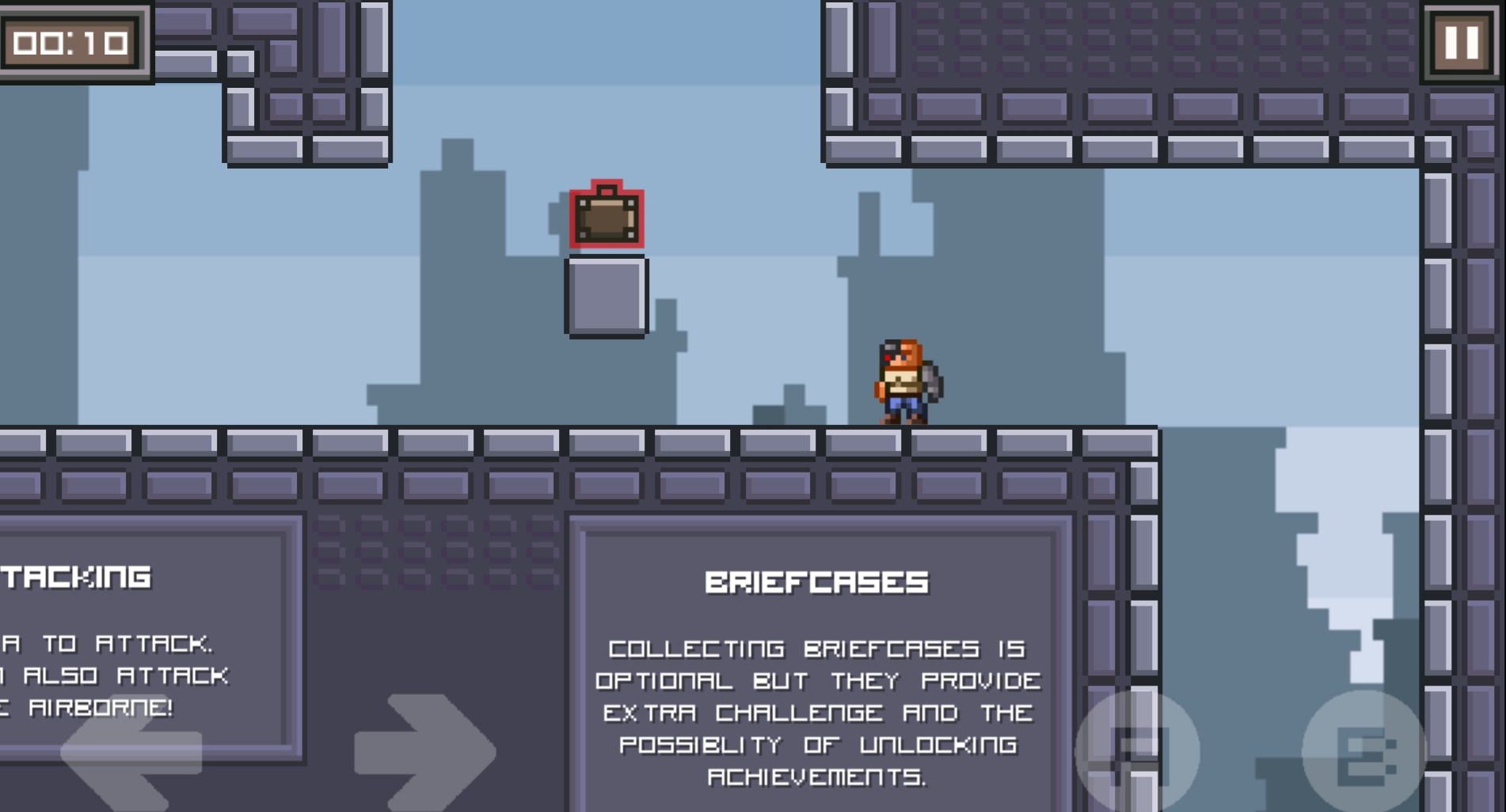 The gameplay mechanics in League of Evil were almost perfect. Each button was responsive, the animations were fast and smooth, and everything felt so precise. This was one of the things that made League of Evil so popular, and it was even compared to Super Meat Boy. There’s jumping, sliding from wall to wall, and punching, a lot of punching. Every move you make feels right and you always feel like playing the level again to do it perfectly.

League of Evil’s gameplay is the best aspect of the game and it makes it easier to want to keep playing to complete the game. It doesn’t feel like a chore like in other games. Although, that doesn’t mean it’s going to be easy. Levels get hard, and if you want to get the 3 stars and the briefcase in each level, you’ll need to think and move fast. So you should expect to play the levels a couple of times to beat them.

Its sounds and visuals were made to remind you of classic console games from the past. Its art style is simple, but also detailed. Or at least as detailed as it can be. And its music sounds like an arcade game with a new style in the mix. Although, it’s not something worth hearing over and over again.

If you’re a fan of platformers, League of Evil would’ve been the best game you’ve played on your iPhone. The game’s premise, combined with its unique, classic style and its smooth gameplay made this game a gem on the App Store. If you can still get this game, you should totally pay the visit to the scientists one more time. For the people who can’t get it, this is the best platformer you might never play. At least on your iPhone, since you can still get it on Steam.