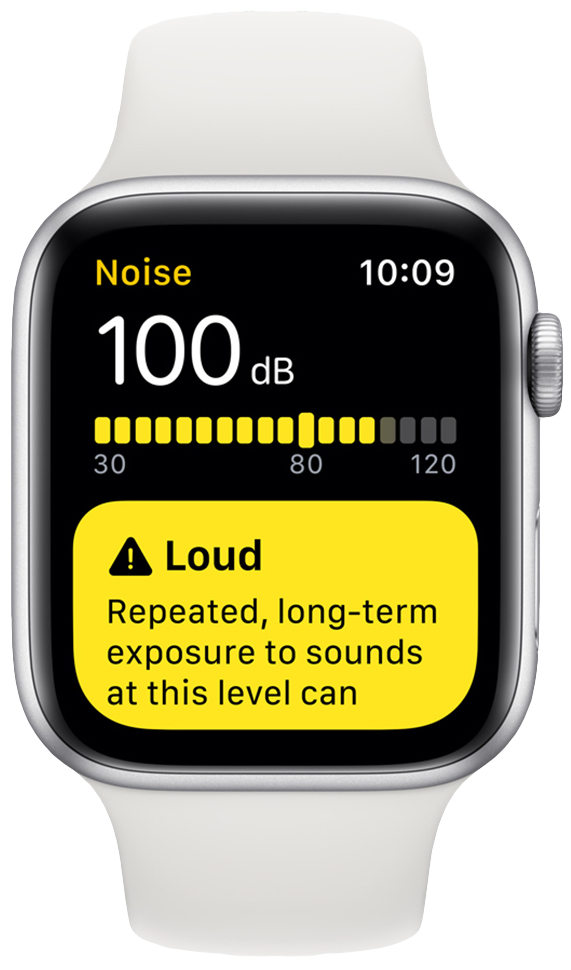 Apple introduced the Noise app with watchOS 6 this year. The feature – available on Apple Watch Series 4 and later – measures ambient noise, and is aimed at helping Apple Watch wearers to protect their hearing. Now People magazine has a story about how the Noise app is helping an autistic man to manage an issue that could cause social discomfort.

Sam Bennett is a 21-year-old on the autism spectrum. He has difficulty modulating the volume of his voice, which has caused awkward social encounters throughout his life. No interventions worked for long, until recently, when Scott, Sam’s dad, stumbled across the new Noise app.

Scott says he was updating his apps one morning when he noticed the Noise app, which measures decibel levels of its users’ surroundings, and turns a corresponding color, flashing yellow when things are loud to the point of risking hearing damage.

Scott introduced the app to Sam, who learned that he could make the app go from yellow to green by lowering the volume of his voice. In the weeks since Scott introduced Sam to the app, he says it’s been a lot more peaceful around his house.

The Noise app is still pretty new, but Apple is finding interesting uses for it. It’s integral to a new health study Apple and the University of Michigan are doing on hearing, for example. It’ll be interesting to see if Apple finds other adaptations for the app going forward, like this family has discovered.

Do you use the Noise app on the Apple Watch? Let us know in the comments.