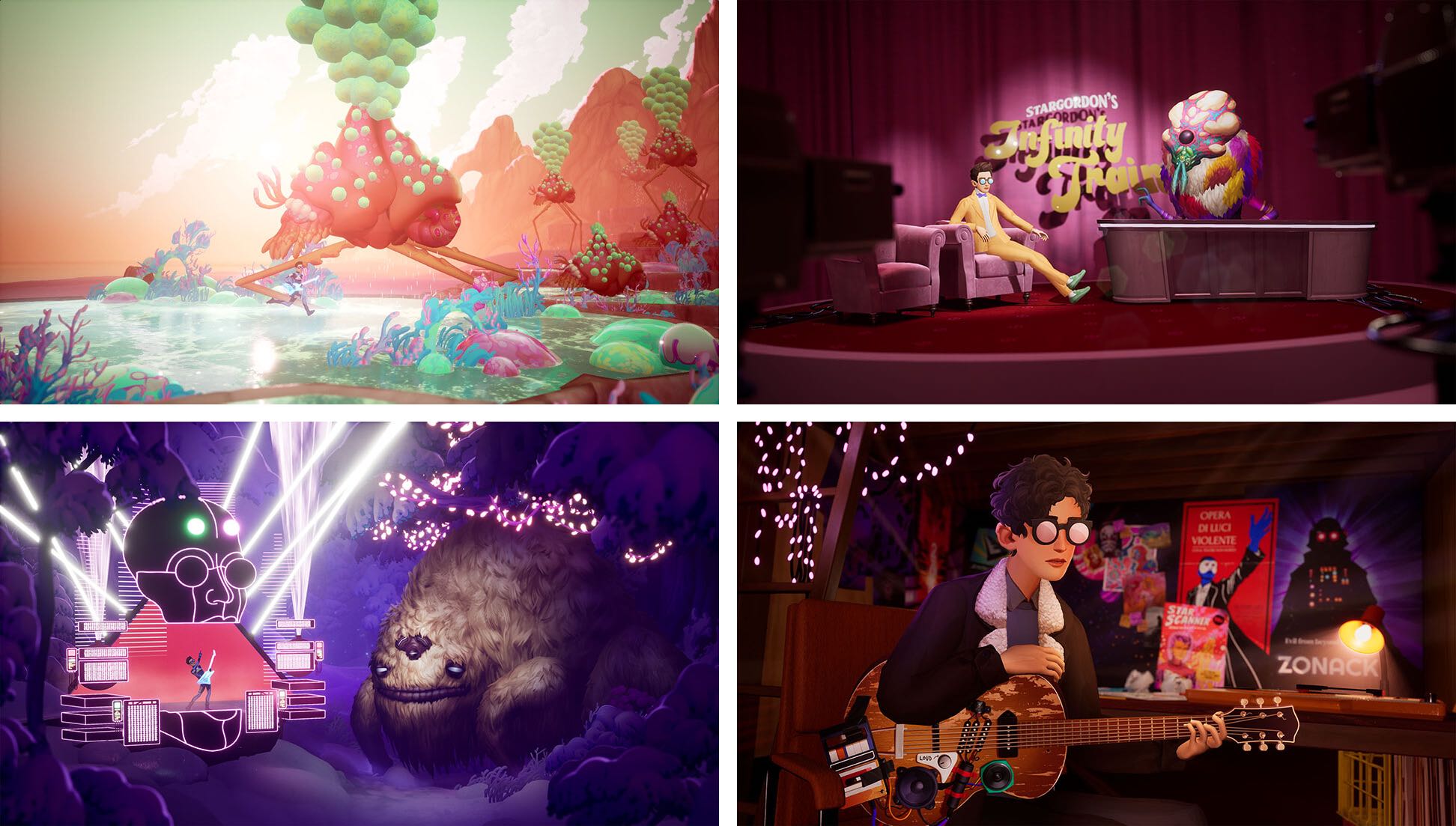 Today at the Inside Xbox presser in London, Publisher Annapurna Interactive debuted a new trailer for The Artful Escape, its beautiful music platformer coming to Apple Arcade in 2020.

The upcoming title invites the player to “discover who you aren’t”, according to the official blurb. Here’s precisely how Annapurna Interactive is pitching The Artful Escape.

On the eve of his first performance, Francis Vendetti battles with the legacy of a dead folk legend and the cosmic wanderings of his own imagination. Francis, a teenage guitar prodigy, sets out on a psychedelic, multidimensional journey to inspire his stage persona.

I know what you’re wondering, what precisely does that description amount to, right? Well, how about traversing majestic landscapes made of sound? You see, in this game the environments are affected by your movements, as if the world itself were an instrument.

Powered by Unreal Engine, the game brings top-notch visuals with incredible shading, detailed graphics and other visual treats to the mix — precisely what you’d expect from Annapurna.

Check out the new trailer embedded right ahead.

Players will experience close encounters of the third kind-style musical jams, endless possibilities for custom on-stage personas, conversations with all manners of being from disenchanted publicans to lumbering alien wildlife, as well as the ability to walk, run, double jump, air walk, light cannon, trip and dance across the multiverse.

In addition to launching on the iOS platform as an Apple Arcade title, The Artful Escape is also going to be available for Microsoft Windows and the Xbox One console.

For more information on The Artful Escape, be sure the visit the game’s official website.

What do you think about The Artful Escape so far? Is this something you’ll be looking forward to playing in 2020? Have you played Annapurna’s Sayonara Wild Hearts on Apple Arcade yet?

Let us know by sharing your thoughts in the commenting section down below.