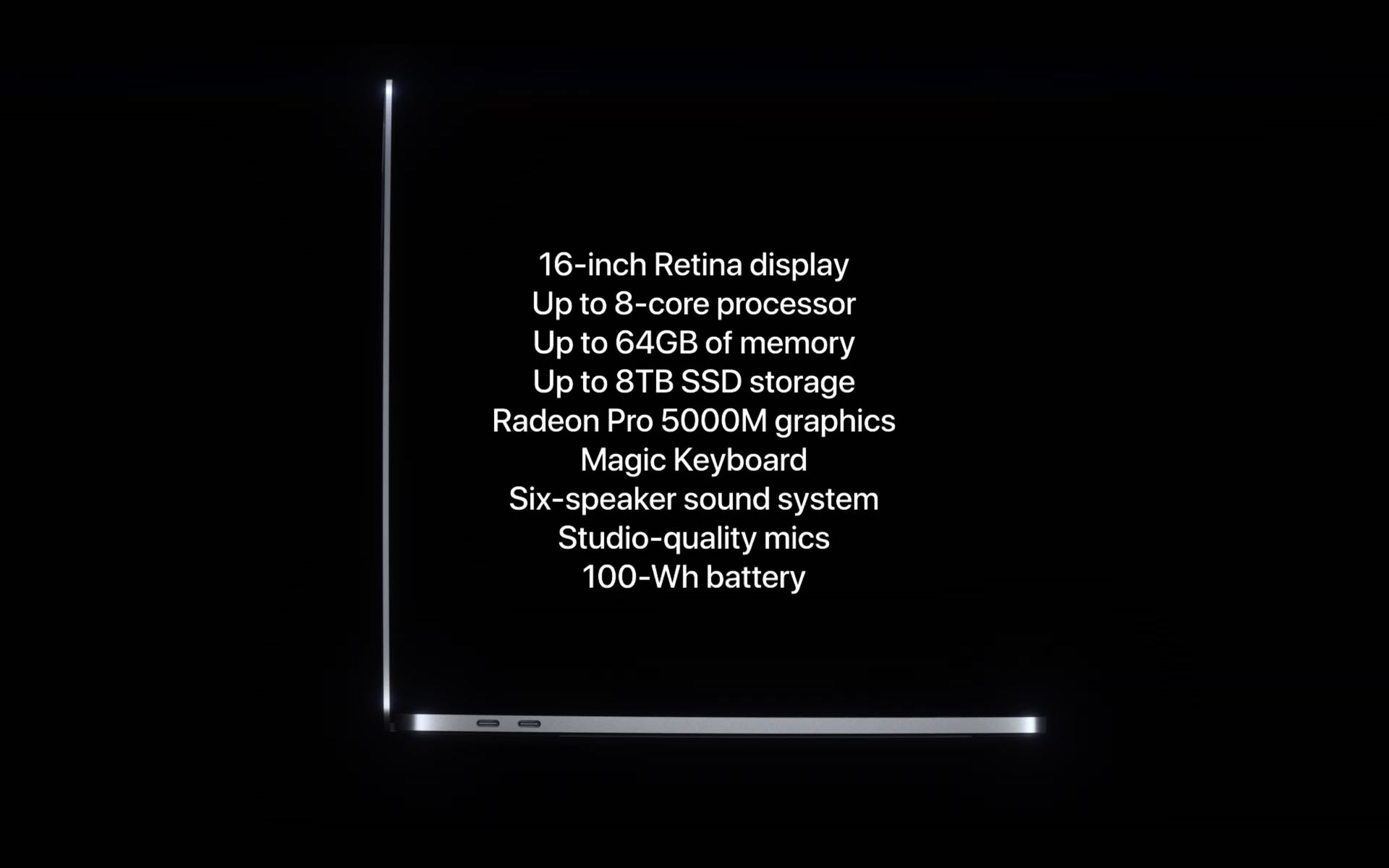 Apple’s new 16-inch MacBook Pro is a great little machine with some excellent hardware and awesome build-to-order upgrades, but who is it really aimed at? Creative pros, I know — hence the “Pro” suffix, and Apple itself says the new MacBook Pro is “ready for your best work ever” — but exactly what kinds of professional needs is this $2,400+ notebook capable of fulfilling?

To illustrate what the new MacBook Pro is capable of, Apple has done a little promotional video running two and a half minutes long, featuring the following pros:

A pro for the pros.

The new MacBook Pro is the most powerful MacBook ever. It features an immersive 16-inch Retina display, up to an 8-core processor, next-generation graphics and up to 64GB of memory. It has the largest battery capacity ever in a MacBook Pro, up to 8TB of SSD storage and a new Magic Keyboard.

In other words, it’s the world’s best pro notebook.

I own a fully loaded 15-inch MacBook Pro from 2018, it’s my daily driver for anything from writing and blogging to heavy multitasking to editing video. It’s served me remarkably well for all those tasks and I simply couldn’t be happier with it. Although I edit video in 4K resolution, I’ve yet to come across a project I couldn’t do properly on this machine or finish on time.

But if I were coding apps, laying hundreds of tracks of music or composing videos with special effects, this beast of an Apple notebook would be my portable of choice, that’s for sure.

And how about you?

Are you Apple’s target audience for the 16-inch MacBook Pro? If so, how’s so? If not, why not? Let us know by chiming in with your thoughts in the commenting section down below!