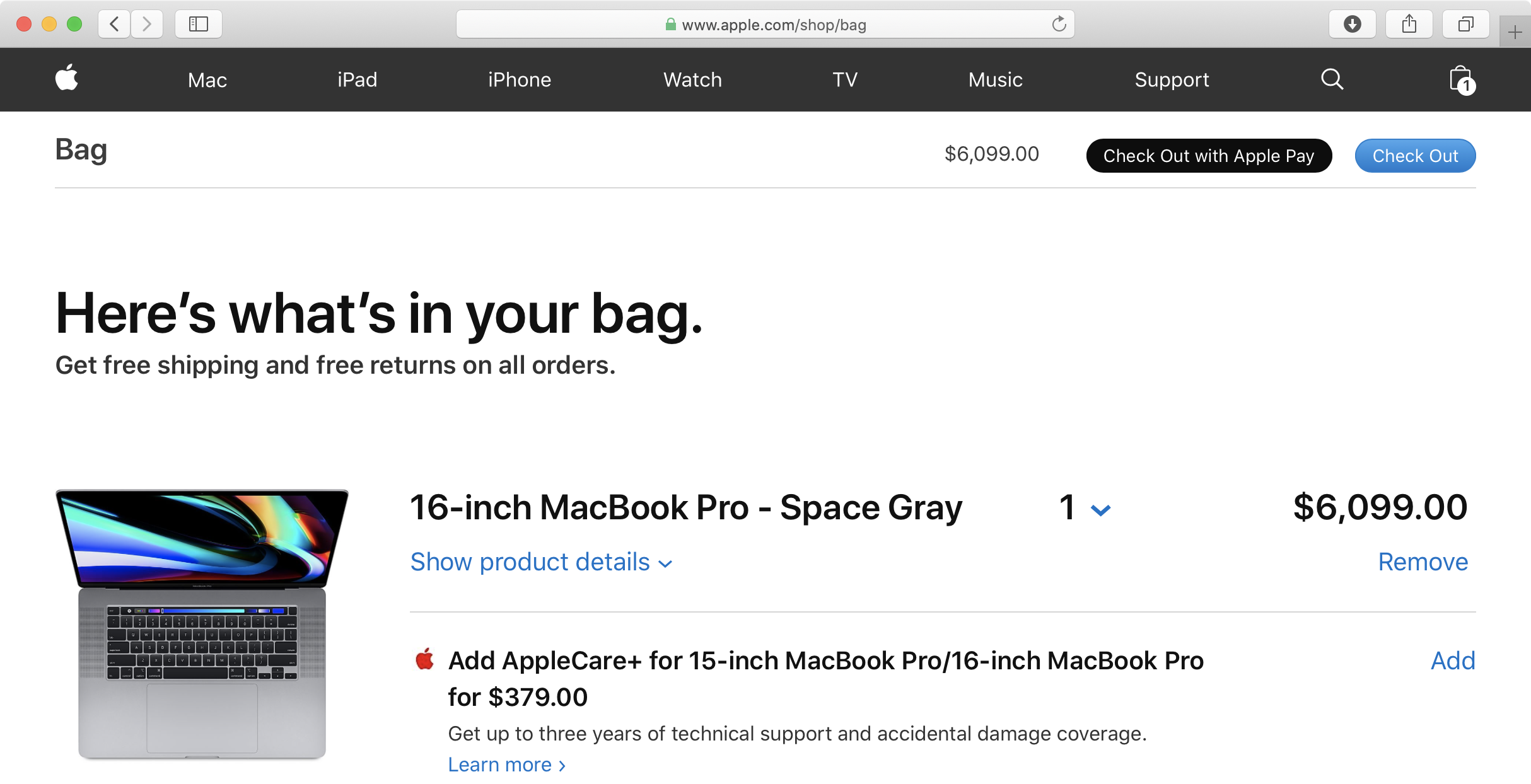 Apple today dropped a new 16-inch MacBook Pro which has replaced the phased-out 15-inch MacBook Pro, simplifying Apple’s lineup a bit. I immediately visited Apple’s online store to max out the pricier $2,799 configuration with all the available hardware upgrades, ending up with a fully loaded $6,099 machine that offers lots of bang for the buck (at least on paper).

Here are all the upgrades I chose:

Before you jump to comments to complain about a “$6,000 notebook”, consider for a moment the fact that $6,099 is actually cheaper than a maxed-out 15-inch MacBook Pro model from 2018 that resulted in the $6,669 price tag. Yes, SSD upgrades still cost significant money.

Nowadays, $400 takes you from 1TB to 2TB in terms of flash storage.

Another way to look at it: a maxed-out 16-inch MacBook Pro costs significantly less than a fully loaded 2017 iMac Pro all-in-one desktop that results in an eye-watering $14,000+ price tag.