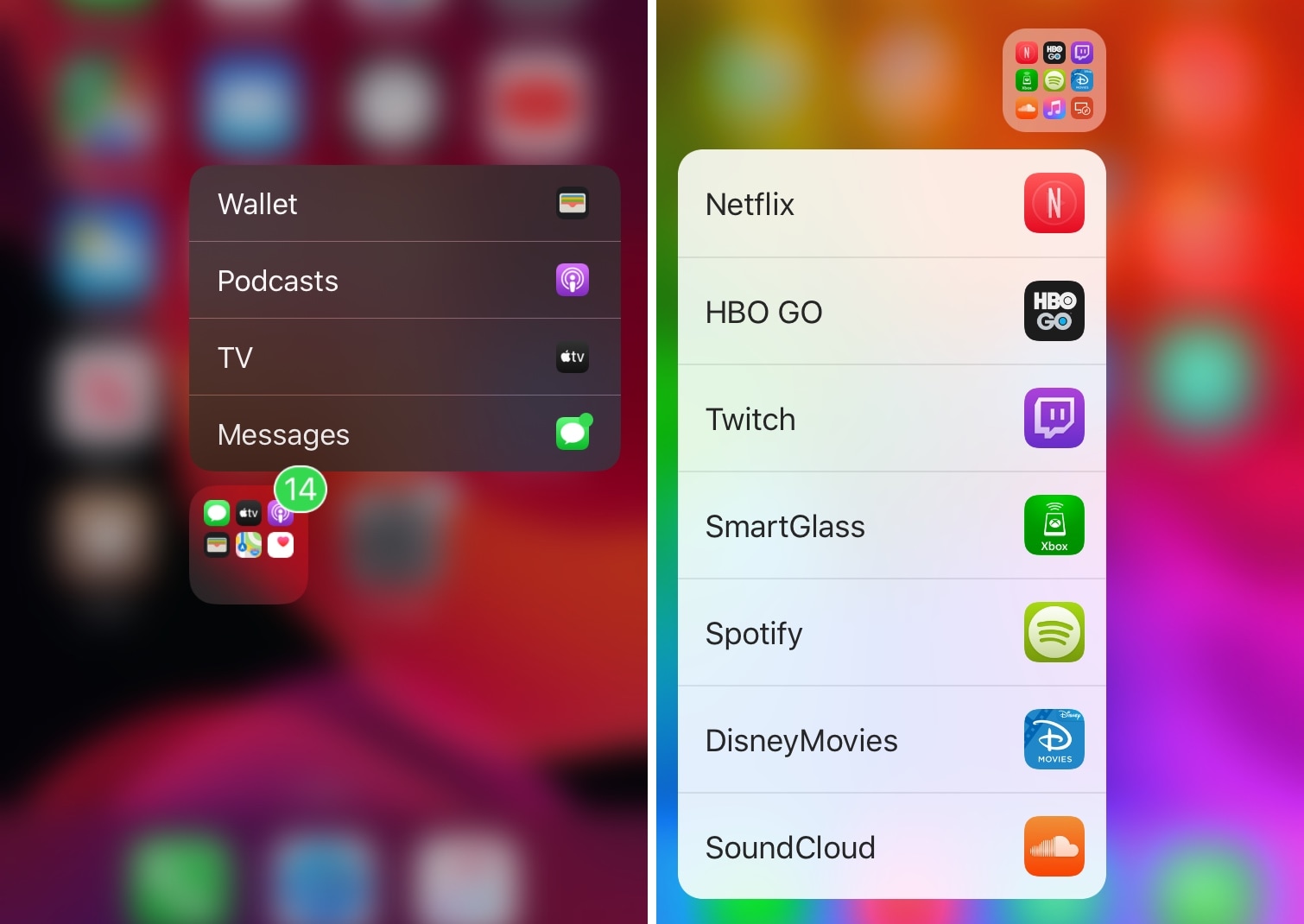 If your iPhone’s Home screen is chock-full of application icons, then you might use folders to help you organize them. On the other hand, having too many folders can quickly create the illusion of an application labyrinth that makes navigating your Home screen more confusing than it’s worth.

Those familiar with the circumstances described above just might take a liking to Manila, a new and free jailbreak tweak by iOS developer David Goldman that lets you launch apps from your folders with a Haptic Touch or 3D Touch gesture.

As you might’ve noticed from the illustrations above, performing a Haptic Touch or 3D Touch gesture (whichever your device supports) on a folder icon on the Home screen populates a menu list that showcases the folder’s contained applications. From here, you can tap any of the apps appearing in the menu list to launch them.

It’s worth noting that Manila defaults to displaying the first four applications in a folder. If you’ve installed AppStat, a separate jailbreak extension, then the tweak will intelligently display the most-used apps in that folder instead of the first four. Manila doesn’t come with any options to configure out of the box, so what you see is essentially what you get.

I wouldn’t go out of my way to say that Manila saves time in launching apps that are present inside of folders, but it’s certainly an interesting concept and makes good use of an otherwise unused gesture with regard to folder icons, and it should also play nicely with LaughingQuoll’s new Sunflower tweak.

If you’re interested in giving Manila a try, then you can download it for free from the Packix repository in your package manager of choice. According to the developer Manila works on all jailbroken iOS versions from 9 to 13, and it plays nicely with other extensions such as Apex and ColorBadges.

Will you be installing Manila? Tell us why or why not in the comments section.