Following several weeks’ worth of electrifying teasers, hacker Luca Todesco officially unveiled checkra1n, a brand-new jailbreak utility based on @axi0mX’s new checkm8 bootrom exploit for A5-A11 devices. Todesco presented the new jailbreak after taking the stage at POC2019 in Seoul, South Korea on Friday, just as he said he would, but subtle issues delayed the original launch expectation by a few days.

Checkra1n is a precedent-setting jailbreak the likes of which we have not seen since limera1n on the A4-equipped iPhone 4. Checkra1n isn’t untethered like limera1n was, but it utilizes an exploit that can’t be patched by Apple with any traditional software update, which commendably means that impacted handsets can be jailbroken for life regardless of software version.

Sounds good right? Well please do keep in mind that while software updates can’t patch the checkm8 exploit, they can still break the checkra1n jailbreak. What this means is that checkra1n would need to be maintained for as long as Apple releases software updates for supported devices. 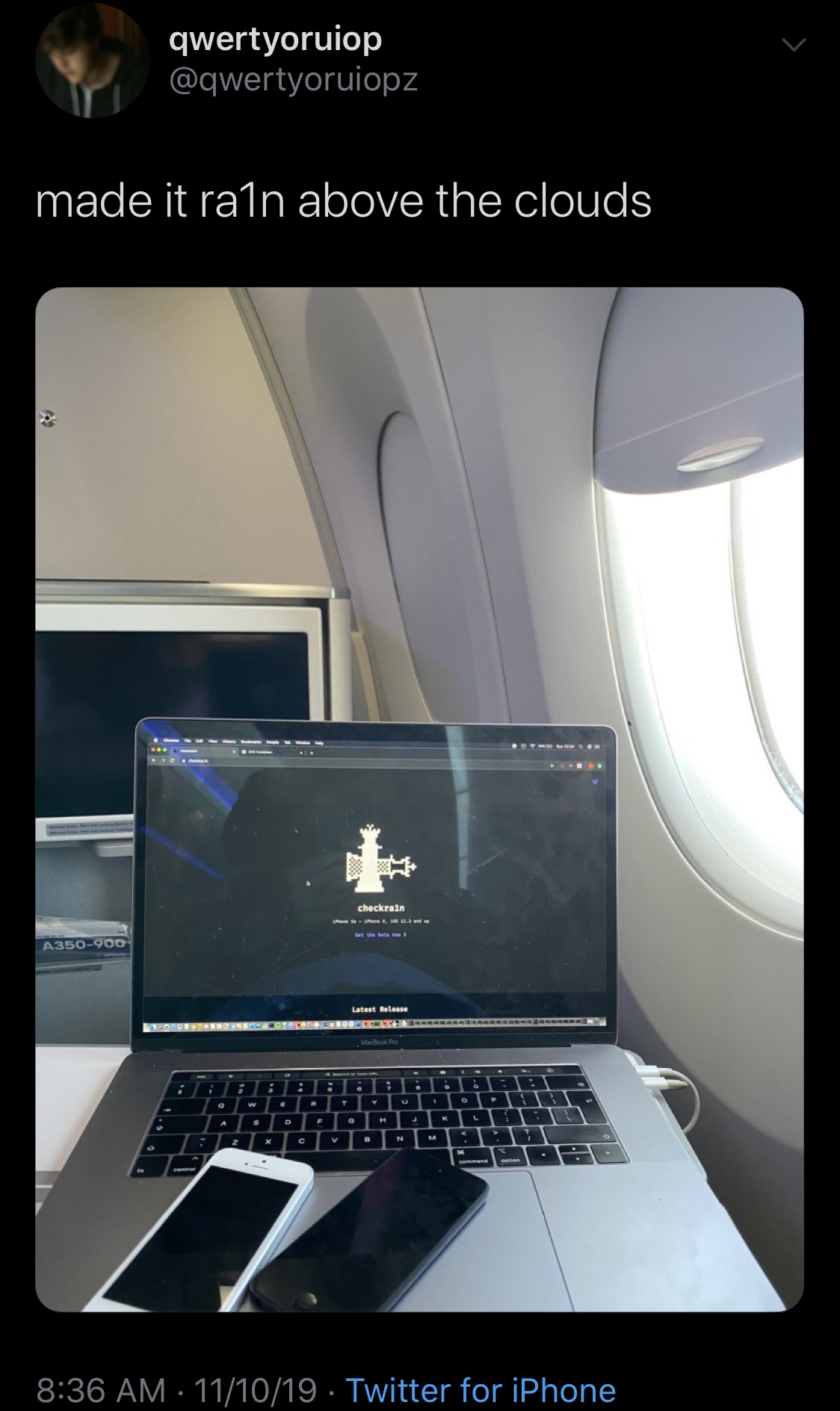 The checkra1n jailbreak is currently in public beta as of version 0.9, and it is strongly advised that you do not use this tool on your daily driver handset until it comes out of beta testing. You have been warned.

At the time of this writing, checkra1n supports all handsets running iOS 12.3 and later including and in between the iPhone 5s and the iPhone X. Some exceptions include the iPad Air 2, iPad (5th generation), and iPad Pro (1st generation). Initial support for the iPhone 5s, iPad mini 2, iPad mini 3, and iPad Air are very much experimental, and with that in mind, these devices will probably experience the most turbulence while attempting to jailbreak.

Reliability across all devices will purportedly be improved as future iterations are released. It’s also worth noting that this initial release is CLI-based (command line interface), and that future iterations will implement a full-blown GUI (graphical user interface).

If you still aren’t sure if your handset falls within the A5-A11 range of supported handsets, then we’d advise downloading the Geekbench app from the App Store, as it tells you what processor your device uses: 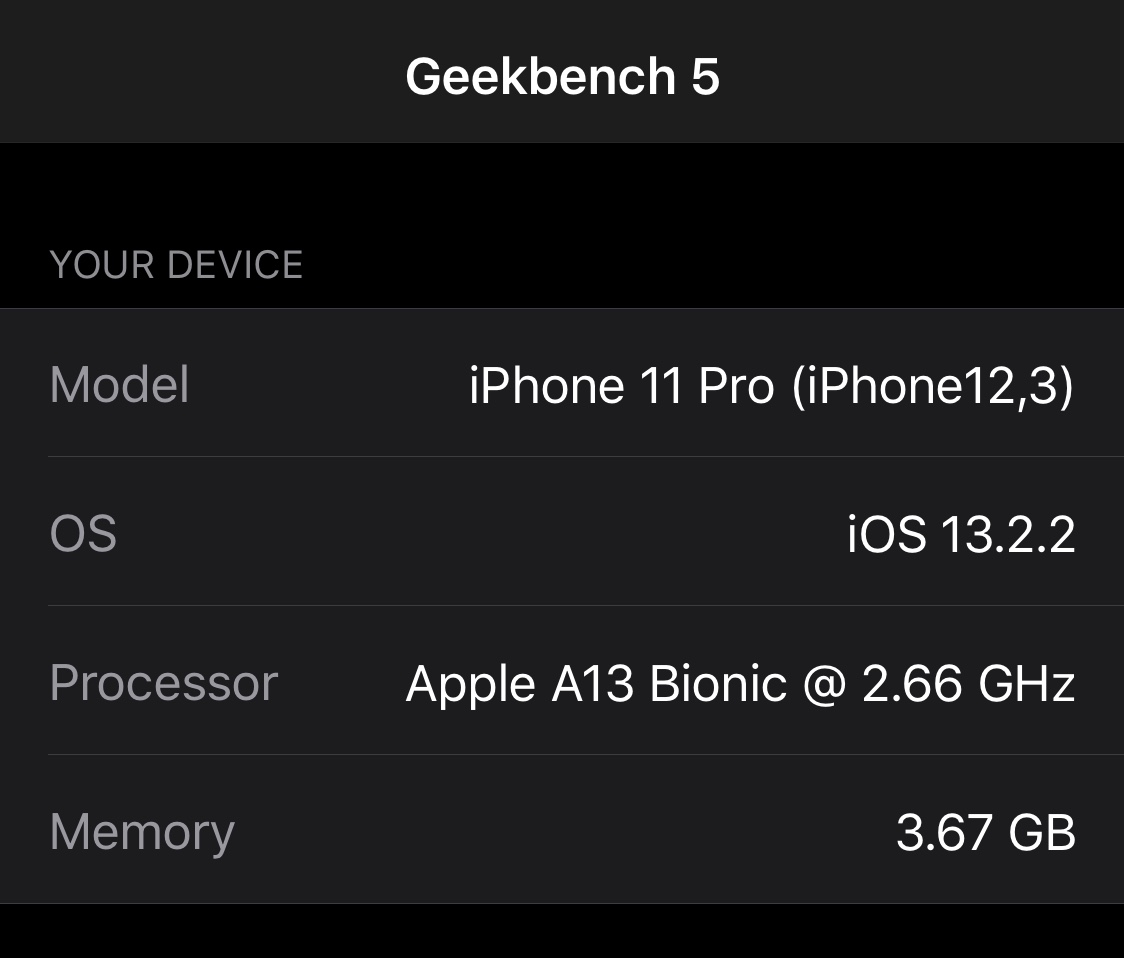 In this case, the device uses the A13 chip in the brand-new iPhone 11 Pro, which is too new to be exploited with checkm8, which the checkra1n jailbreak utilizes.

Checkra1n supports devices as new as the iPhone X, and given just how recent of a handset this is, we’d expect Apple to support this device with software updates for a long time to come. With this in mind, maintaining checkra1n seems like a lot to sign up for, as least as of now. 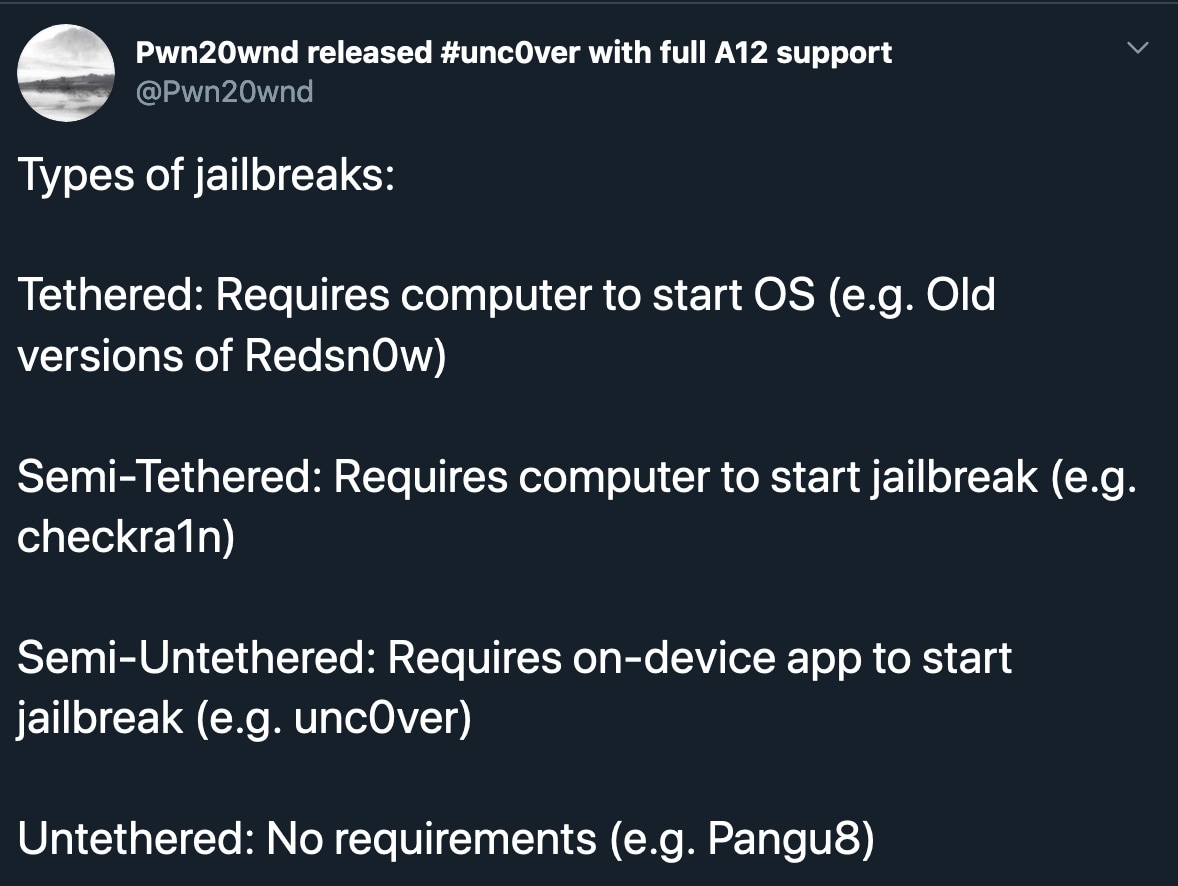 Once installed, checkra1n deploys the Cydia package manager on the Home screen for add-on management and installation. The jailbreak will support more package managers in the future, possibly after it comes out of beta, but it’s Cydia-only at the time of this writing.

Just to reiterate, this is a beta release and we’d advise waiting for the non-beta public release. If you still want to move forward with the tool in its current CLI-based form, then you can download it from the official checkra1n website.

At the time of this writing, checkra1n is a macOS-only jailbreak tool. Both Linux and Windows distributions of checkra1n will be made available at some point in the future, unfortunately, there’s no certain ETA as to when. This shouldn’t be a problem for Hackintosh users, but Linux and Windows users will either have to wait a while longer or buddy up with a Mac owner to jailbreak right now.

Are you excited about the new checkra1n release? Discuss in the comments section.