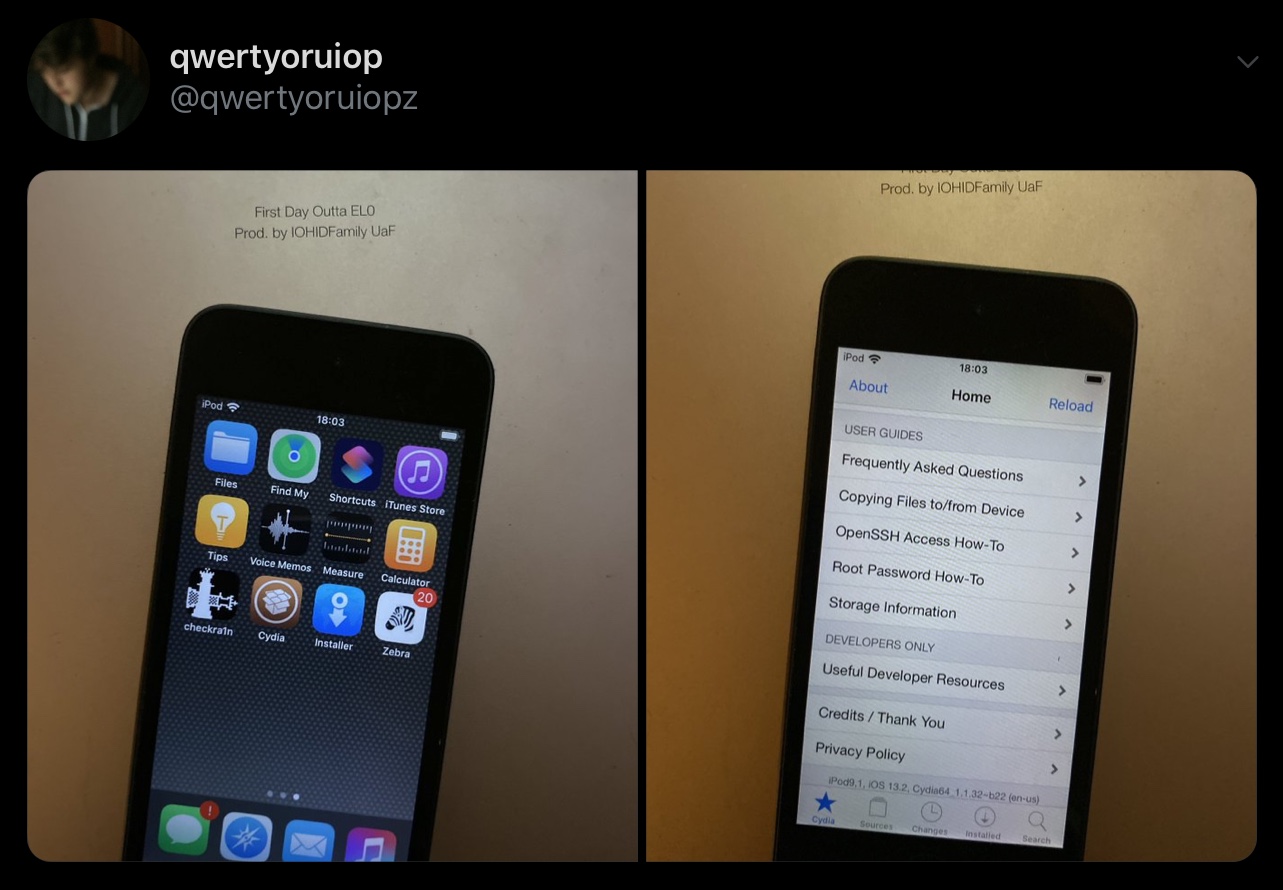 The upcoming checkm8 exploit-based checkra1n jailbreak has been making rounds in headlines over the last couple of weeks, with some of the most exciting news involving tweak injection on iOS 13. But as you might recall, a recent teaser also showed that the checkra1n jailbreak would support several package managers, including Cydia and Zebra.

People were particularly excited to see support for Zebra in addition to the tried and true Cydia package manager, but it begged the question about compatibility with other popular package managers, including Installer and Sileo, just to name a few.

In a new teaser Tweeted just this afternoon by project lead Luca Todesco himself, we can see the Installer package manager running alongside Cydia and Zebra on handsets liberated with checkra1n.

This may not come as much of a surprise to some, but for others, it’s reassurance that users will have the choice to use whatever package manager they might prefer, be it Cydia or not.

It remains to be seen if CoolStar will release the rights to Sileo under a jailbreak not created by him, but we do know that CoolStar hinted that he is actively tinkering with the checkm8 exploit and has since suspended development on the Sileo package manager to focus on other things. CoolStar may end up releasing his own jailbreak with Sileo being packaged with it similarly to the way Chimera and Electra work.

Will you be using Installer or Zebra instead of Cydia when the checkra1n jailbreak is released?
Let us know in the comments.