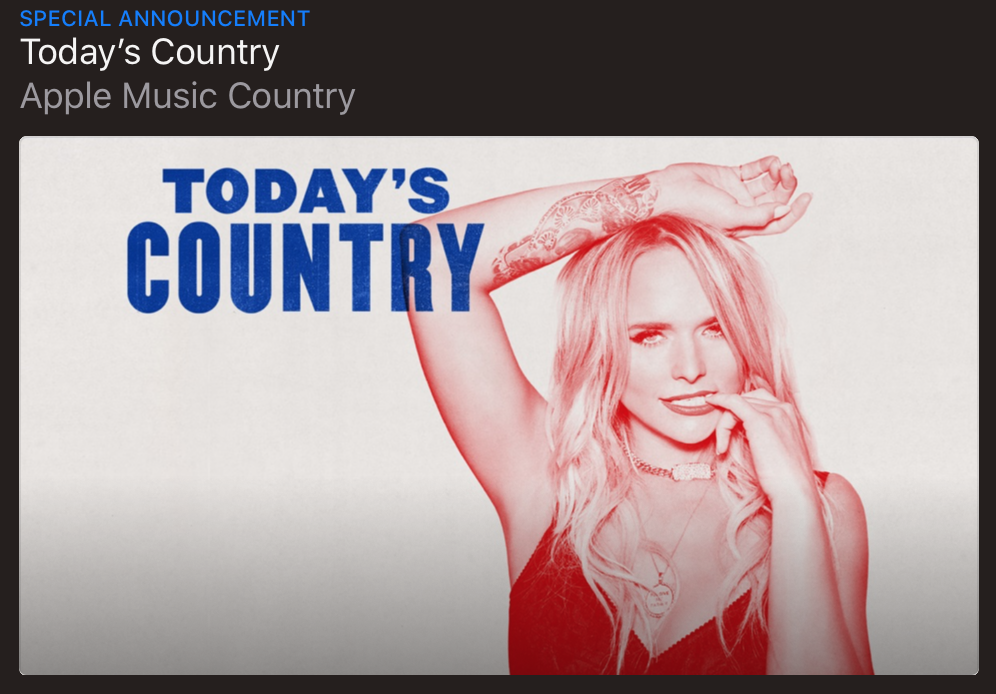 Country music is one of the most popular genres out there, and Apple Music has made a quick tweak to the branding of one of its most popular playlists.

Along with the weekly Friday refresh for playlists like your curated New Music playlist, Apple Music has made a branding change to the popular “A-List: Country” playlist. The curated list of tunes isn’t changing its modus operandi, though, so you’ll still find both familiar country music, new songs, and everything in between from the “heart of the country scene”.

It’s just getting a name change, switching things up from “The A-List: Country” to “Today’s Country”. It simplifies the playlist’s name in a way, and certainly makes it catchier. Of course, the playlist itself isn’t changing in the nature of music it surfaces, so you’ll still find new tracks, popular music, your favorite tracks, and new songs from “fringe” artists. All from “the heart of the country scene”.

Today’s Country currently hosts 70 songs, with almost four hours of music in total. The rebranded playlist is available right now, and Apple Music is showcasing it front-and-center at the time of publication in the “Browse” section of the app.

Apple Music has been making changes throughout the year. Back in July, for instance, the service rebranded “The A-List: Hip-Hop” to a more straightforward “Rap Life”. And, more recently, the service introduced a change to the “Best of the Week” playlist, which it now calls “New Music Daily“.