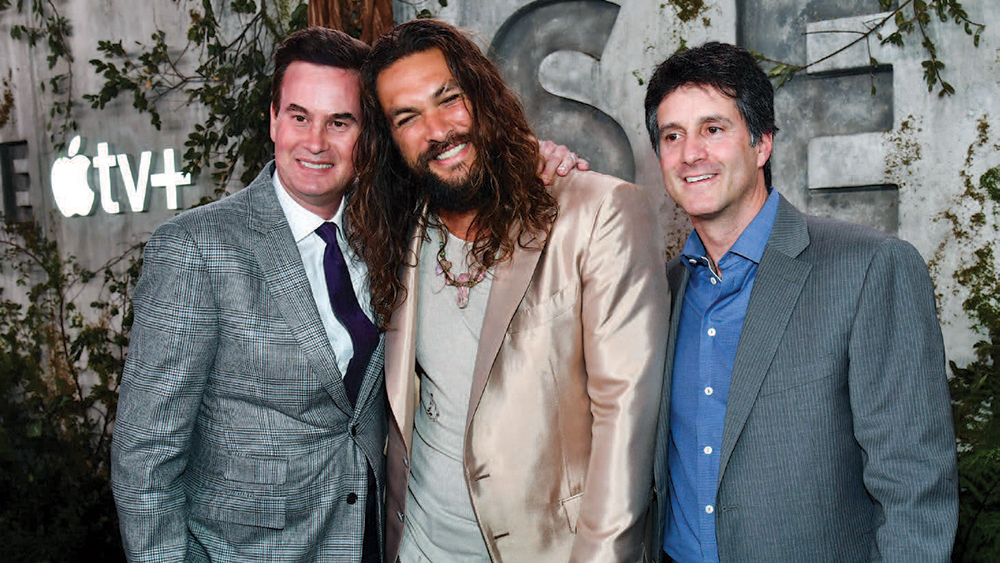 One of Apple’s biggest new subscription services, Apple TV+, is set to launch on Friday, November 1. Before that happens, though, the heads of the service want to talk about building that enterprise from scratch.

Jamie Erlicht and Zack Van Amburg left Sony Pictures Television back in 2017, opting to join Apple in its effort to launch a brand new video streaming service. In a new interview with Variety, both Van Amburg and Erlicht talk about those early days, what it was like to get the ball rolling on what has proven to be one of Apple’s biggest endeavors to date, and, ultimately, what’s still to come.

That process started with getting in touch with creative community. Plotting original content is not an easy task, and both executives knew they needed to have quite a bit to work with basically right out of the gate especially in such a crowded market. Meetings with writers, talent agencies, and studios were all part of the process.

But early on the pair knew they needed to get a feel for Apple, too, and how the company works from the inside out. They had to learn about Apple’s ambitions with the new streaming service, and how they could work with those goals to land worthwhile original content.

This has been more than two years in the making,” Van Amburg says. “We’ve all been working so hard to do the best work of our lives. We’re anxious to begin to share that.

The interview notes that there is a difference between running a company like Sony Pictures Television and Apple’s own efforts, especially in terms of syndication, budget deficits, international sales, and other factors. Indeed, for Apple TV+ it’s about launching content that’s “worthy” of the Apple brand, while also harnessing the power of digital media as a whole. As a result, the chiefs of Apple TV+ had to tap the use of multiple departments at the company.

We spent a lot of time at Cupertino getting to know all of the various division heads who were going to be critical to our success,” Erlicht says. “We spent a good chunk of [the first] few months flying up to Cupertino multiple times a week, figuring out how what we’re doing on the entertainment side fit in with everything else at Apple. We knew we needed to make [Apple TV Plus] feel seamless for the company.

“Humanity” is a brand in itself that Apple TV+ hopes to tap into, something that is a guiding principle at Apple as a whole. And it sounds like Van Amburg and Erlicht are trying to find stories that find some kind of humanity in them.

All of our shows have something to say about the relationships we have with each other and with the world. The common denominator of all the creative people we’ve gotten into business with is ‘Wow, they really know what they want to say with this show, and they’re desperate to say it.’

The shift to Apple TV+ was made possible due to the success that both executives have had in their years-long career within the industry. These are two people who helped launch the phenomenon that is Breaking Bad, which essentially lives on in a spin-off series for AMC entitled Better Call Saul and even saw a new Netflix movie, El Camino: A Breaking Bad Movie, that wraps up the story of one of the original series’ most integral characters.

But the “scoreboard for success”, according to the executives, is different with Apple TV+. Basically, the pair say that the train is pushing ahead no matter what data says on November 2 (the day after Apple TV+ launches), and the pair are excited to show the world what they’ve been working on.

According to the interview, Apple TV+ customers can expect at least one new series or one new film to arrive on the subscription service once a month. And, at launch, the service will only have a handful of shows to watch. But the executives say there is plenty of room for growth, and that’s exactly what’s going to happen:

We’re going to have a bigger slate in the first year than we thought we would, and we will be bigger in year two than year one,” Erlicht says.

The full interview is definitely worth a read, especially if you’re interested in the behind-the-scenes workings of the upcoming video streaming service.

Apple TV+ will cost $4.99 per month, following a 7-day free trial, once it launches on November 1.

Are you looking forward to Apple TV+?