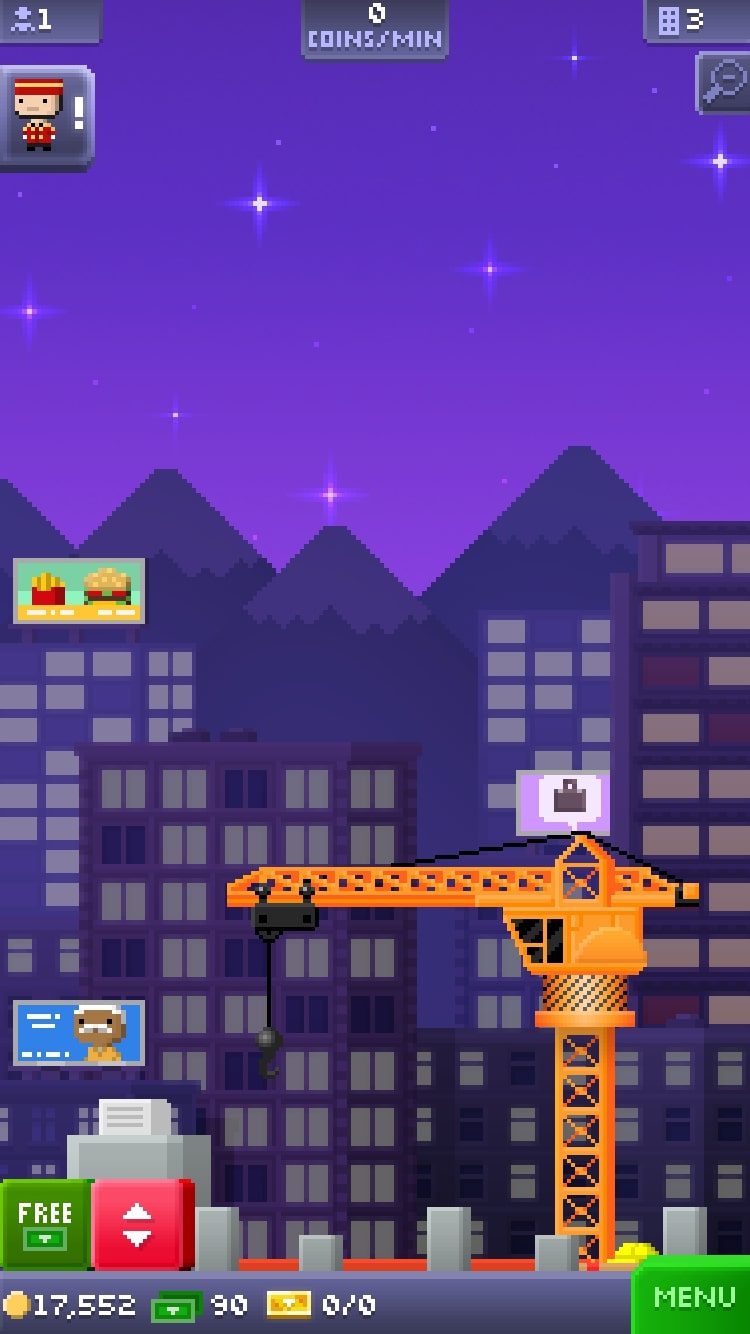 Nowadays, simulators are extremely popular. You can be a doctor, a farmer, and even bread. These games are only limited by our own imagination. However, simulation games have been around for quite a while now, even before they were this popular.

In today’s retro review, we’ll take a look at an old simulation game that came to the App Store almost a decade ago. Its simple and addictive style helped it become one of the best games on the iPhone at that time. In 2011 it was awarded iPhone Game of the Year.

I’m talking about Tiny Tower, a small game about building administration. This game has seen better days. In 2015 the game was removed from the App Store, only to return a year later. Now, three years after its return, it’s our time to determine if the game deserved to come back or not. 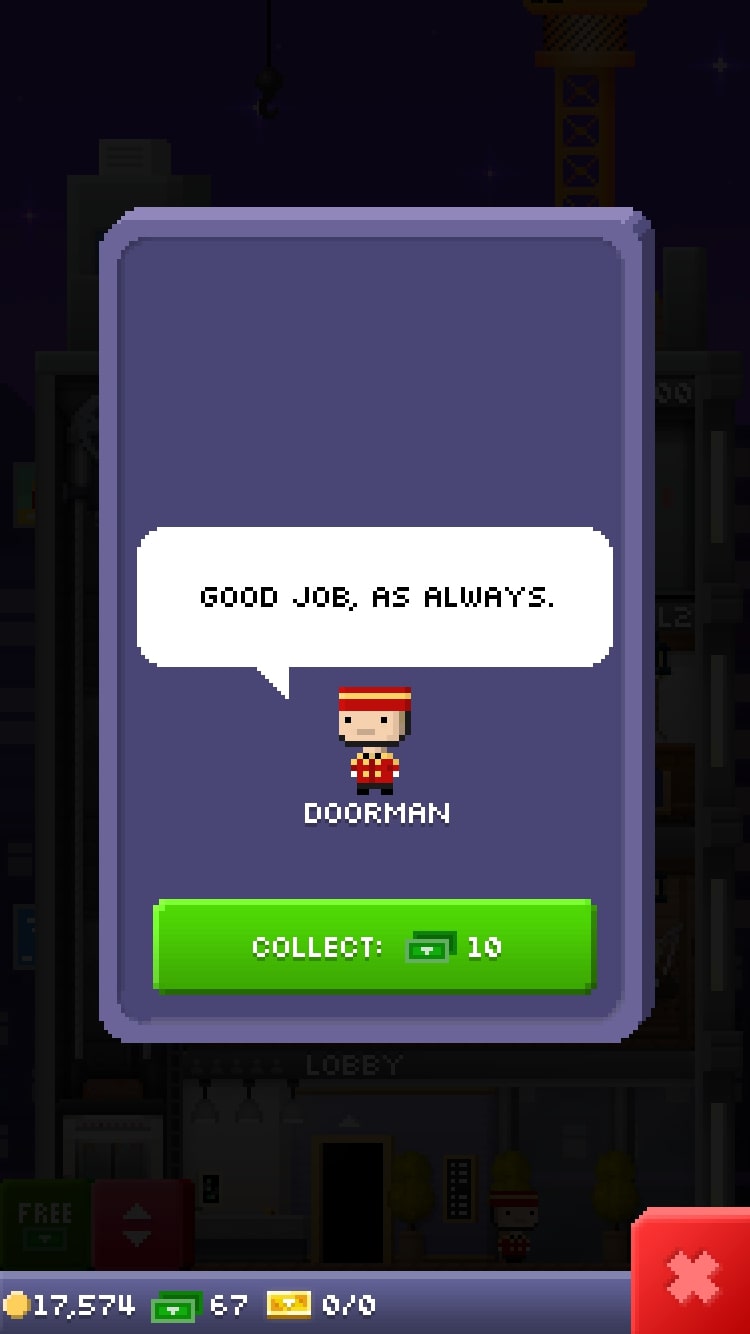 Tiny Tower is a simulation game developed by NimbleBit. The main objective of the game is for you to manage and work on a building. You have to build new floors. Each floor you create can be used as an apartment or to create a new business. You need residents to fill the towers and the run the businesses. One of the key challenges in Tiny Towers is to balance your building with both types of construction.

You also have to manage your income properly. The in-game currencies are coins and dollars. Dollars can be used to build new floors; gold coins speed the building process. At first, getting money is not hard, but you must use your income wisely and not spend it all in one go.

The people that live and work in your tiny tower are called Bitizens and they are your only source of income. Depending on the floor, each Bitizen will give you money by paying rent or by working for you in one of your businesses creating products or services. You can customize your Bitizens with new skins that are unlocked every time a Bitizen with that skin enters your building.

The game is one of the best free-to-play experiences available on mobile. It doesn’t show you unnecessary ads. You can use real money to buy more dollars and coins, but it’s not really that necessary. Plus, it doesn’t constantly remind you to buy more coins. It’s one of the best aspects of the game. 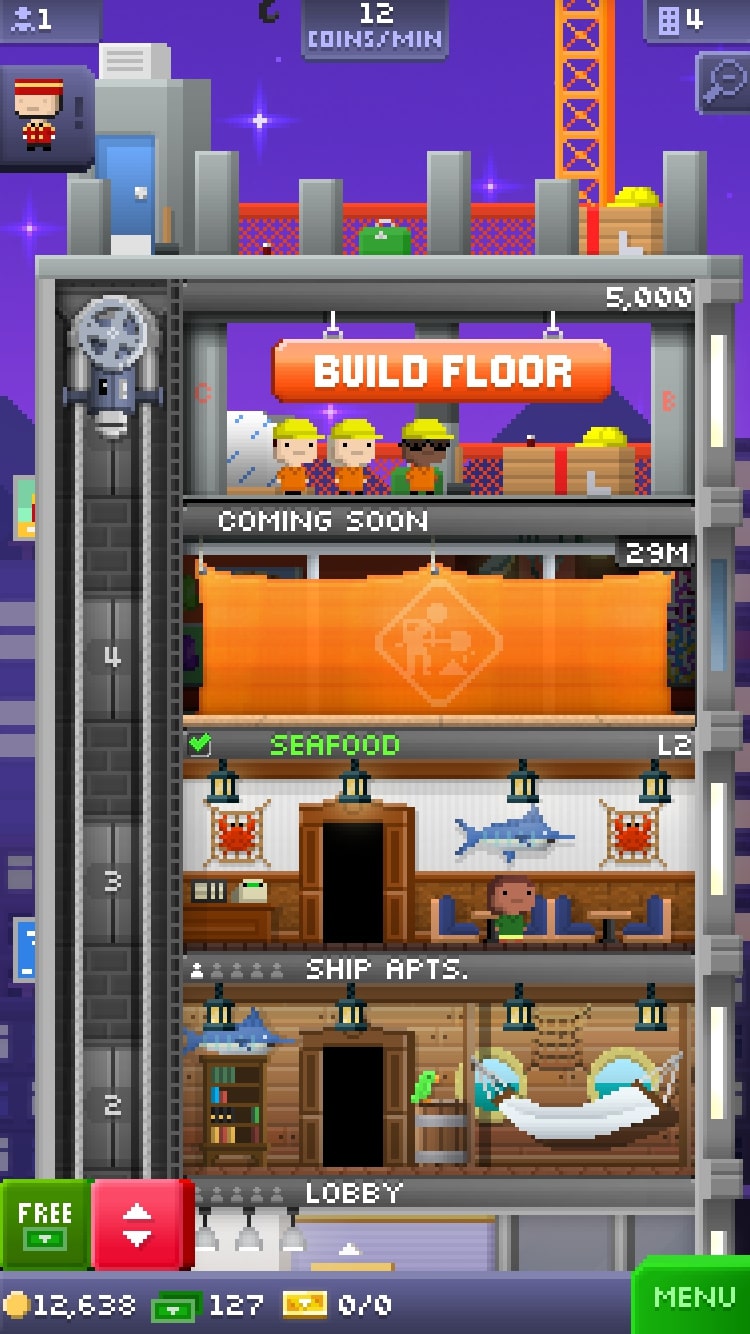 Tiny Tower lacks the intense gameplay of an action game and the mental challenge of a deep strategy game. But an endless tower for you to take care of iny our spare time has its own charm, and to that end, Tiny Tower delivers the same as it always has. It’s not crazy addictive, at least not compared to today’s standards, but you can count on some enjoyment before you put it away.

The game’s graphics are good, but they haven’t aged well. Sure, the Bitizens look good, mostly because of their blocky appearance. The building itself, though, it’s not as good looking as some of you might remember it, especially when you compared them with later games made by NimbleBit. The music is not that good either. However, I don’t think it needs to be. You’re only hearing it for a few minutes, every time you play this game. Afterward, it gets a bit boring. It’s just like elevator music.

NimbleBit’s Tiny Tower is still a good game for you to play. While its gameplay mechanics might not be for everyone, just like any other simulator game out there, you’ll have a good time if you’re into these kinds of games. The best part is that you can get Tiny Tower for free on the App Store so you can check it out without losing money.

If you’re interested in playing something more recent, you can check out NimbleBit’s latest game, LEGO® Tower. Its basically Tiny Tower, but with Legos.