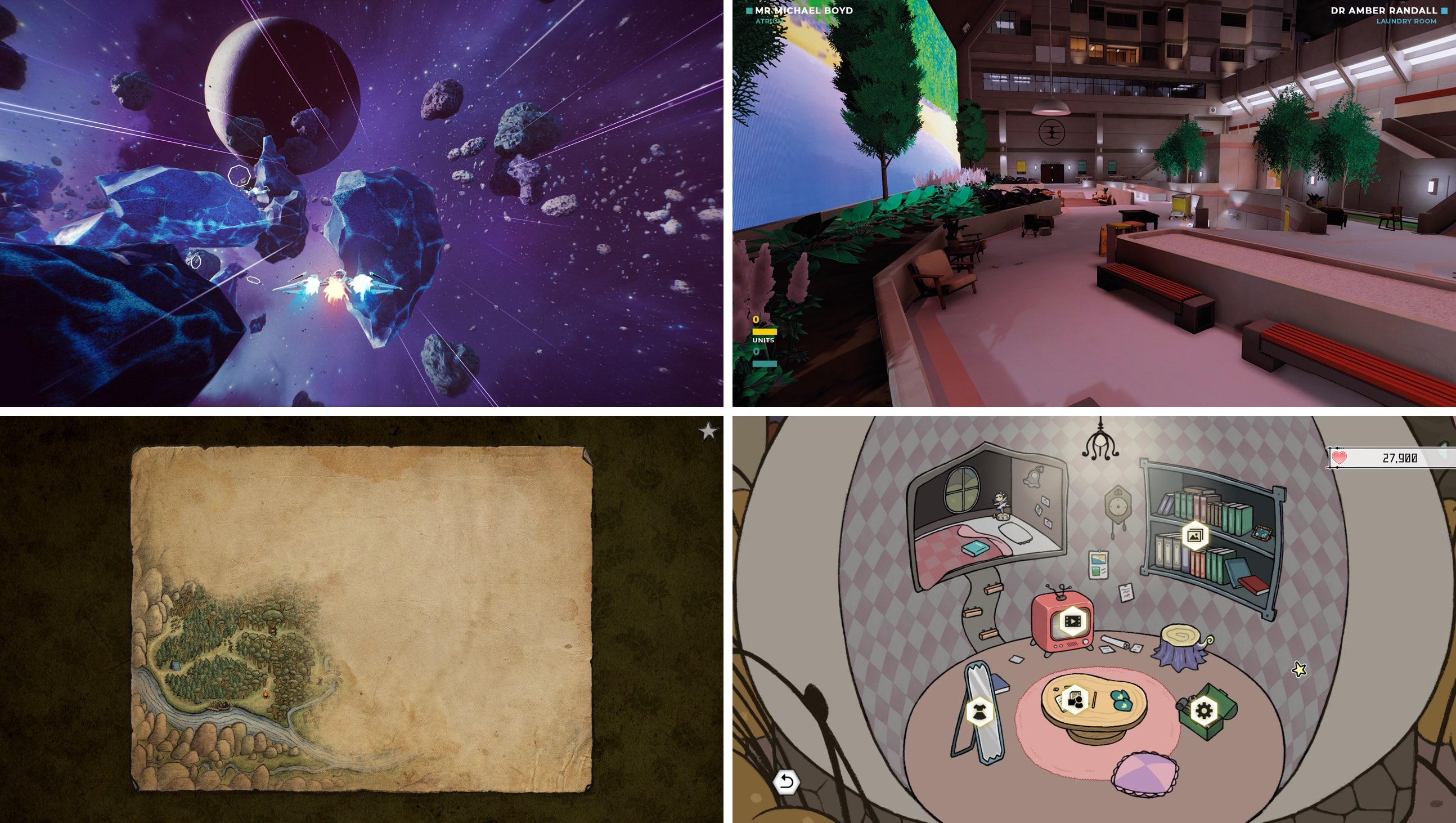 Here’s a quick overview of the new games.

A classic space shooter, Redout: Space Assault puts you in the shoes of a space pilot. You will race against stray pilots and space scavengers, dive down into huge asteroid mining plants, shoot down rebel drones and fighters, roll left and right avoiding enemy fire and blast the heck out of any enemy fighters in your crosshair. Featuring career mode, a bunch of exotic locations, a rich assortment of badass weapons at your disposal, ship upgrades, dynamic soundtrack and more, Redout promises to brings hours of fun provided you’re a fan of this genre.

Set in the year 2026, this narrative-driven exploratory game challenges you to delve into a world of corporate duplicity. Following a sudden explosion at the Stonehenge Museum fundraiser, you find yourself trapped in a hidden underground complex. You must work in tandem with Amber, another survivor, but your only means of communications is a pair of augmented reality smart glasses. The Bradwell Conspiracy will win you over with its stylistic aesthetic, immersive environments and a bunch of challenging puzzles to solve.

Nightmare Farm is set in a dreamy world and features the story of “a painful nightmare spinning in a bright world”. You play as a girl lost in a mysterious farm who is tasked with growing crops in the field and preparing the food for other colorful characters that are visiting the farm. Sounds like a Halloween-themed fun, no? Well, what are you waiting for, Nightmare Farm awaits you in Apple Arcade!

From the makers of Machinarium and Samorost comes this new playful adventure game in which you roam the land as you make new friends, help your fellow travelers complete their little stories, solve puzzles and more. Pilgrim features original music by Floex and beautiful, hand-drawn animations. Most importantly, it was designed to be played through more than just once thanks to multiple paths you can take, 45 achievements to collect and other perks.

Apple Arcade is a great value

Apple Arcade costs five bucks per month and is available with a one-month free trial. The service provides access to a growing library of curated games across iPhone, iPad, iPod touch, Apple TV and soon Mac. The titles range in genre and style, with big name publishers like Konami and Capcom part of the mix, along with plenty of indie developers as well.

All games included in the subscription are free of in-app purchases, save progress across devices via iCloud, don’t require Internet connectivity to play and many support the PlayStation, Xbox and MFi gaming controllers as well. Apple Arcade also supports Family Sharing so a single subscription can be shared with up to six users, each with their own Apple ID.

Apple Arcade launched with 71 titles and today’s expansion brings that to 75 games total. There will eventually be over 100 games available to choose from in Arcade, Apple has said.

What are your thoughts on the four new games that just hit Arcade? Which one might be your favorite, do you think, and why?

If you have signed up for a free 30-day Apple Arcade trial, we would love to hear about your experience with the service so far so don’t hesitate to leave your thoughts in the commenting section down below.