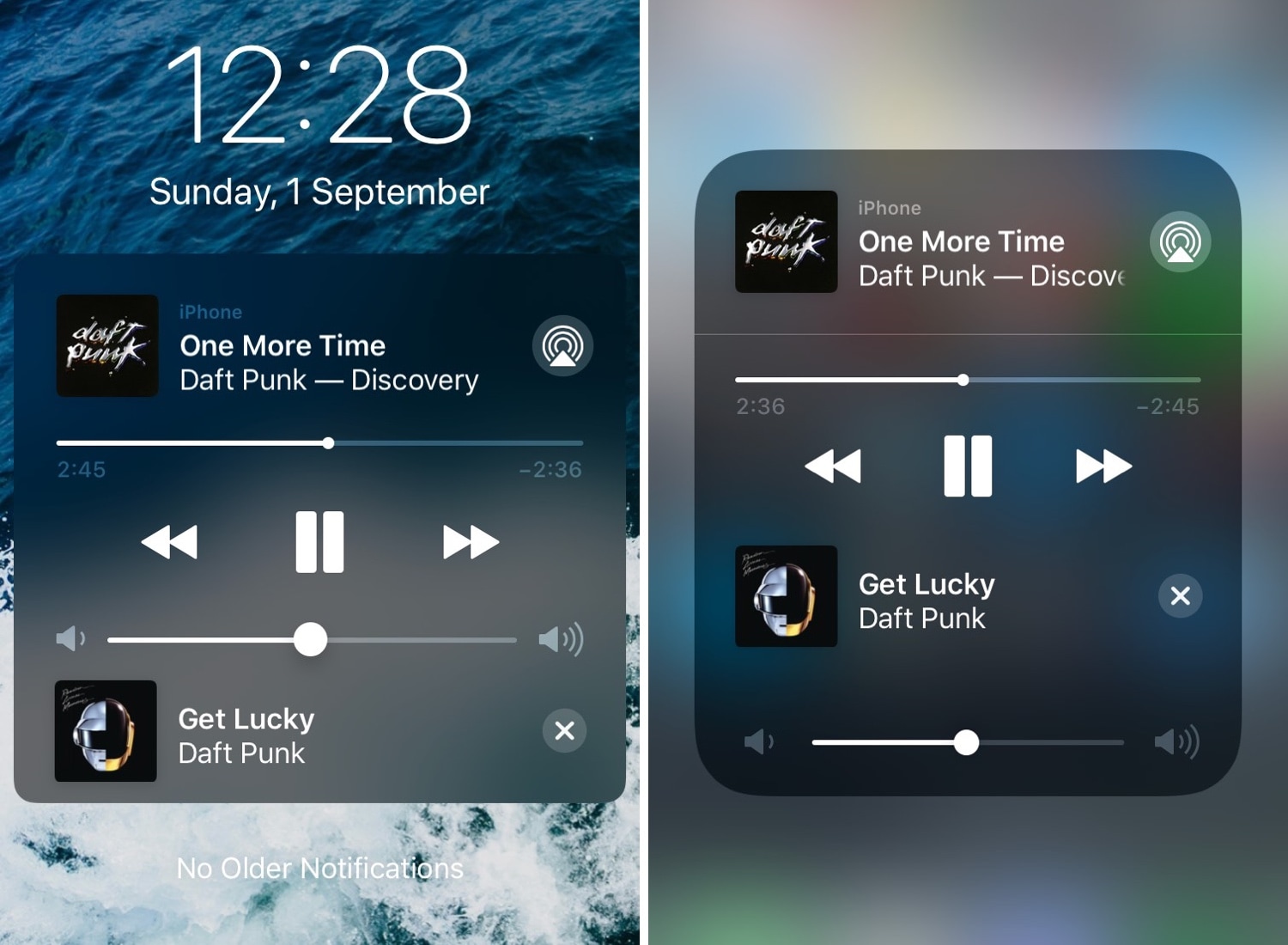 We absolutely love how Now Playing media information is accessible from virtually anywhere in iOS, but one thing we don’t adore is just how useless the Now Playing interface can seem at times.

As you can see in the screenshot examples above, NextUp 2 adds a new feature to iOS’ Now Playing interface that tells you what track you can expect to hear after the current one completes.

The upgraded Now Playing widget appears everywhere that the original one would, and by tapping on the “X” button to the right of the upcoming track, you can easily un-queue it such that something else plays next instead. If you’re feeling somewhat impatient, then you can even tap directly on the upcoming track to skip to it immediately. Not too shabby.

Moreover, it works with several different music apps, including:

The concept should sound familiar to veteran jailbreakers, and that’s because it’s a remake of the popular NextUp tweak we showed you in 2018. The newest version of the tweak works with iOS 12, and this is particularly important given the state of the community today.

After you install NextUp 2, you’ll find a preference pane in the Settings app where you can enable the tweak for individual apps and services: 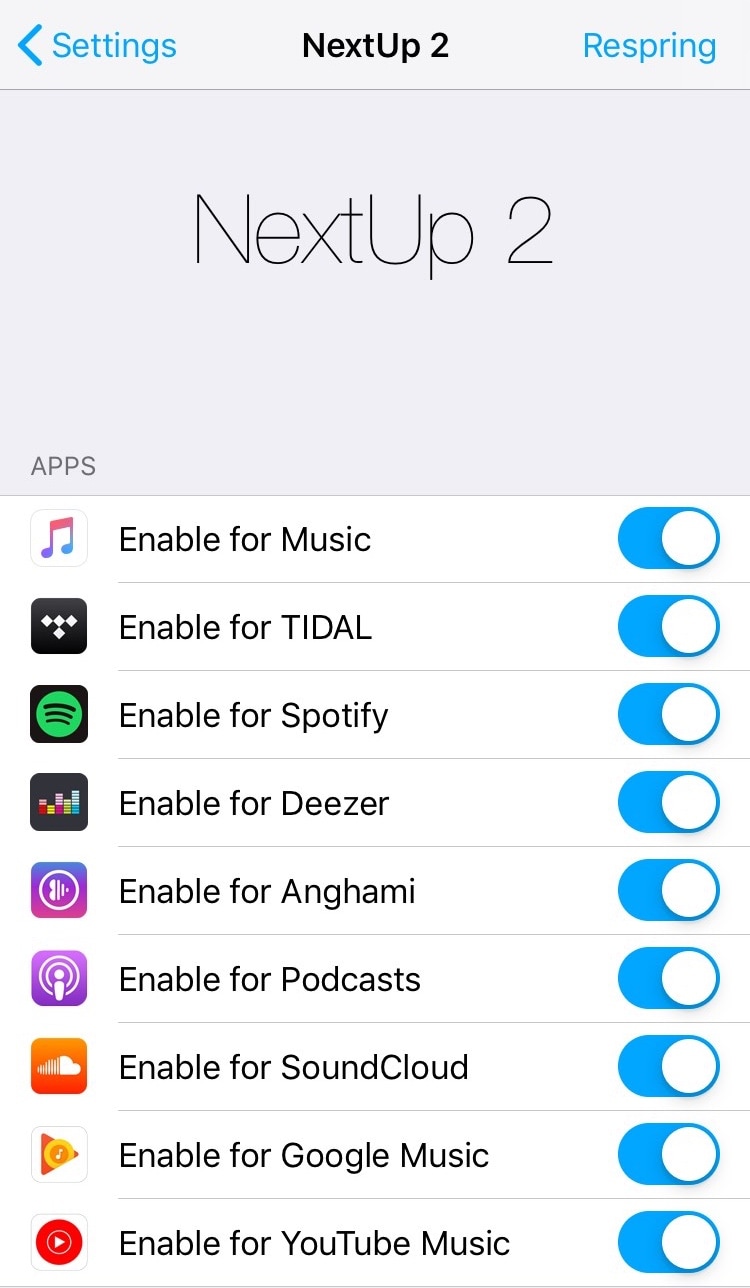 A Respring button is provided to you at the top right of the preference pane so that you can save any changes you make on demand.

We absolutely love the concept that NextUp 2 brings to the table, and it’s almost insane that Apple hasn’t already built something like this into iOS at this point.

If you’re ready to upgrade your Now Playing experience with NextUp 2, then you can download the tweak for free from the BigBoss repository in Cydia or Sileo – however it will necessitate a $2.25 activation fee pending a 5-day free trial. The tweak is a free upgrade if you already own the previous version of NextUp.

NextUp 2 works with jailbroken iOS 12 devices, including the A12(X) variety.

What are your thoughts about NextUp 2? Let us know in the comments section below.