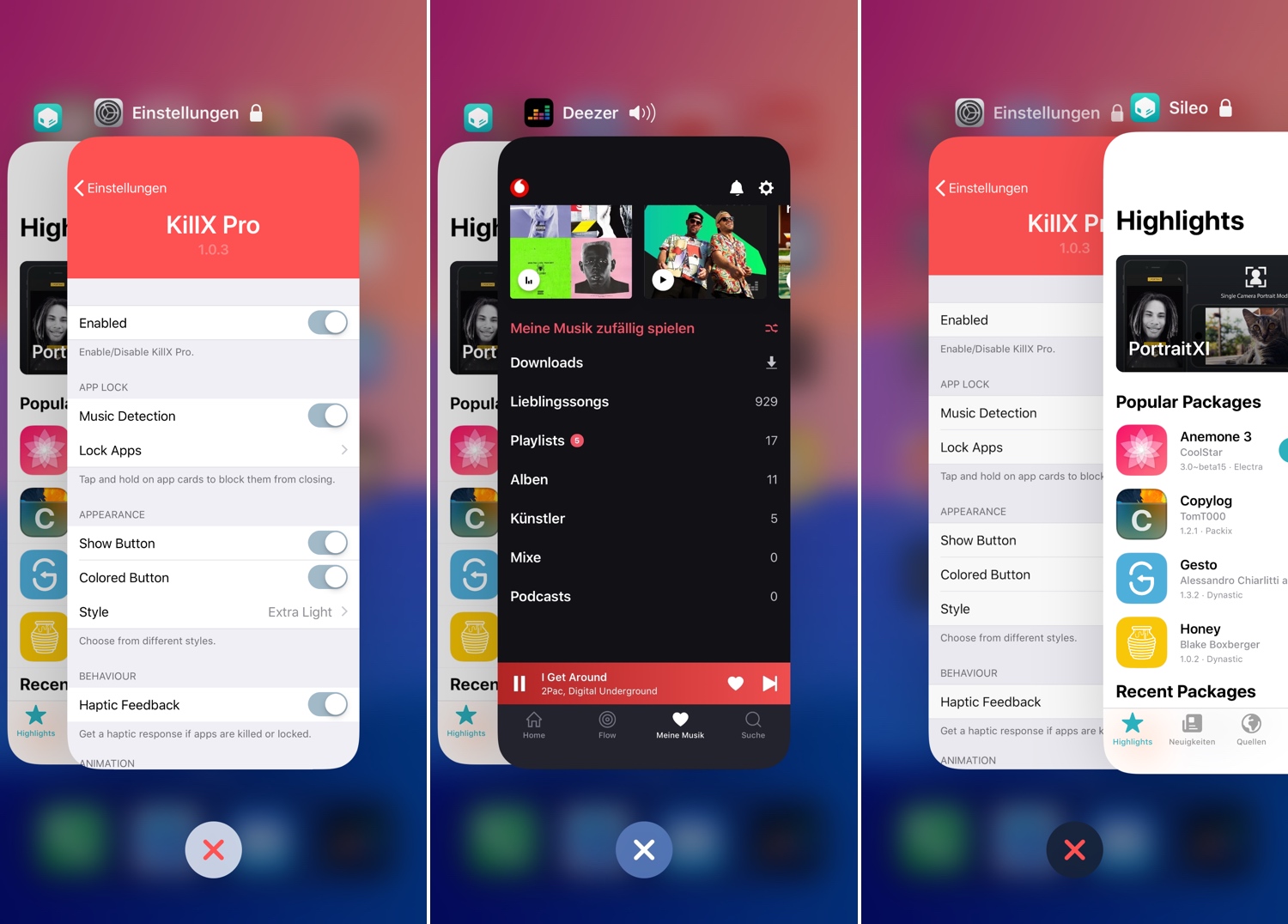 If you’re the type of person that likes to kill all the apps in your App Switcher when you’re finishing using your iPhone, then chances are you’ll come to appreciate a newly released jailbreak tweak dubbed KillX Pro by iOS developer cemck.

Like the name implies, KillX Pro lets users kill every app from their App Switcher in one fell swoop without having to swipe on each app preview card individually to accomplish the same effect. Instead, as shown in the screenshot examples above, KillX Pro adds a single button to the bottom of your App Switcher to do this with just a tap.

If it wasn’t already evident, KillX Pro comes with different themes and behavior. Some of the app preview cards show a Lock icon by the app’s name, and that’s because they’re blacklisted from being killed with KillX Pro.

After installing the tweak, you’ll find a preference pane in the Settings app where you can configure it to your liking: 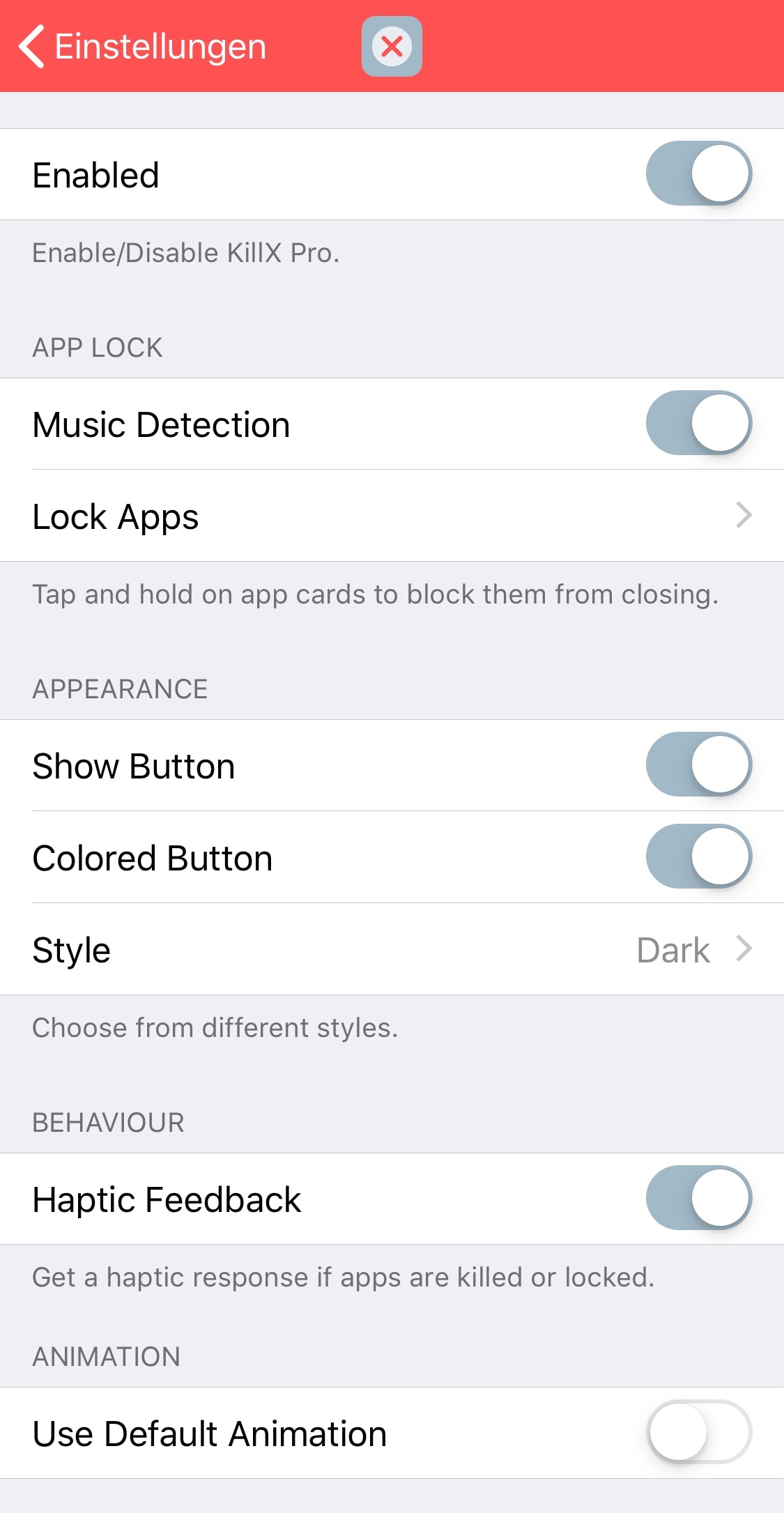 Some people claim that killing all the apps in their App Switcher favors device performance, and it’s worth noting that this argument can be a double-edged sword. While doing so opens up more immediate memory for launching new apps, it also prevents recently used apps from launching as quickly because any of their suspended memory is dumped after being killed from the App Switcher.

If you’re still onboard with clearing the App Switcher in one fell swoop, then you can download KillX Pro for $1.49 from the Havoc repository in Cydia or Sileo. The tweak supports all jailbroken iOS 11, 12, 13, and 14 devices.

Will you be using KillX Pro on your jailbroken device, or will you continue to kill all App Switcher apps manually? Share in the comments section below.