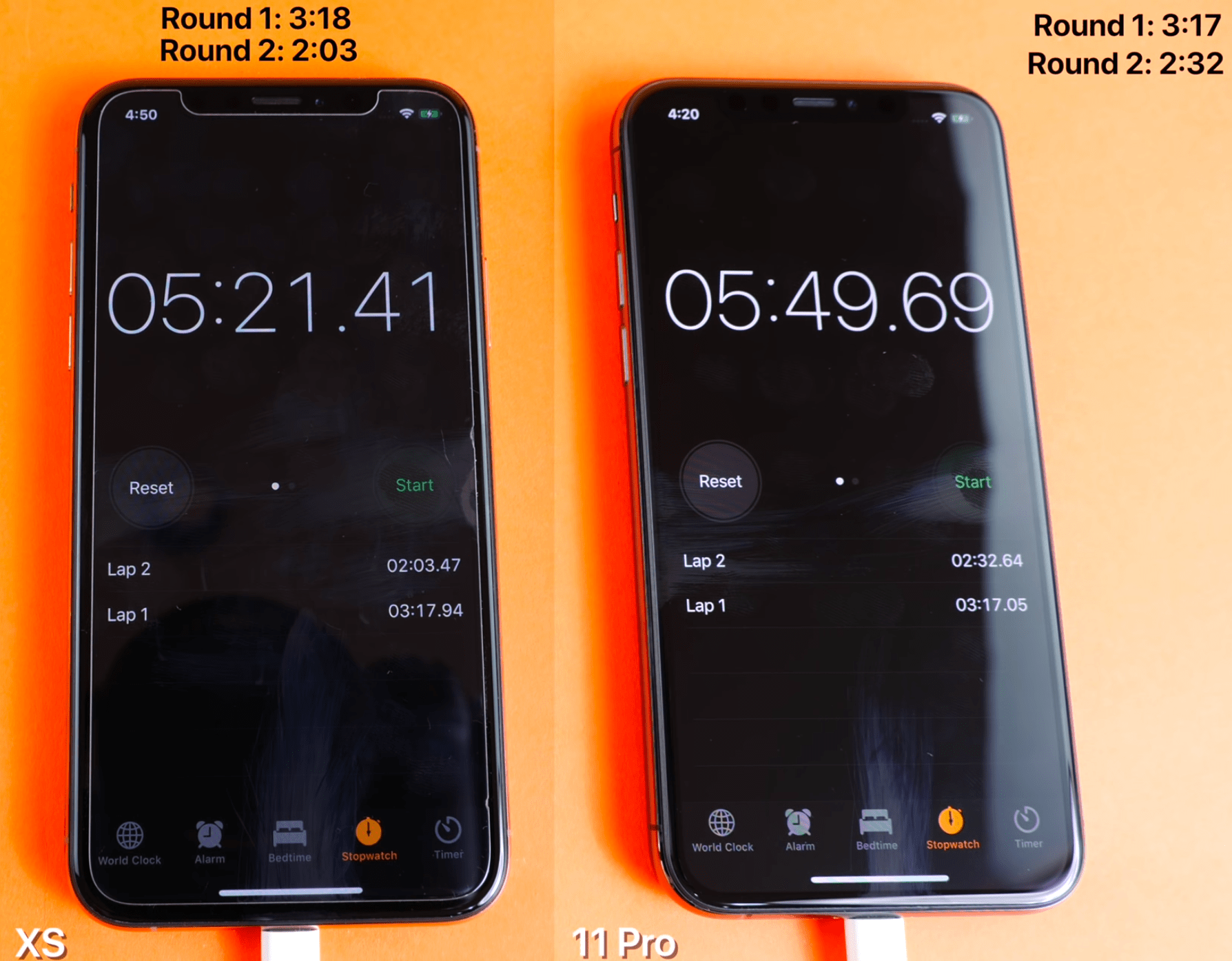 Apple’s annual iPhone unveiling typically includes the introduction of an all-new SoC with modest speed improvements, with this year’s focus being the A13 Bionic chip. At the Keynote, Apple’s vice president of silicon manufacturing Sri Santhanam said that all mechanisms of the A13 Bionic chip would be nearly 20% faster than its predecessor; but is this the case?

Now that the iPhone 11 Pro is readily available to those who pre-ordered or tried their luck at local retail stores, it should come as no surprise that these numbers are being put to the test. In one example, YouTube personality EverthingApplePro compared the app launching performance of the iPhone 11 Pro to the previous-generation iPhone XS with astonishing results:

In this video, EverythingApplePro performed two rounds of back-to-back application launches on three generations of iPhone: the iPhone X, the iPhone XS, and the iPhone 11 Pro. Perhaps unsurprisingly, the older iPhone X is beginning to show its age, as it was the slowest of the bunch. On the other hand, the video also shows what appears to be faster performance on the previous-generation iPhone XS when compared to the brand-new iPhone 11 Pro.

Given that the iPhone 11 Pro’s CPU is supposed to be 20% faster than its predecessor, the findings are particularly captivating, but the test doesn’t exactly indicate that the iPhone 11 Pro is a slower handset. Much of this test’s results are subject to speculation and are indicative of the lack of software optimization.

Apple’s latest SoC has only been out to the public for a few days, and with that in mind, many app developers haven’t yet updated their apps to utilize all the raw performance on the table. On the other hand, these apps are optimized for the previous-generation hardware since it has been available for one full year – that’s ample time for app developers to make performance tweaks.

Another potential factor is the state of iOS 13, which still feels somewhat buggy post-public release. Apple is expected to release iOS 13.1 this coming week with several bug fixes and performance improvements, and much of this could come to the iPhone 11 Pro’s rescue in terms of app performance.

It’s also worth noting that both the iPhone XS and iPhone 11 Pro share the same 4GB of system memory. Apple received oodles of criticism over the past week for the decision to call their newest flagship handset a ‘Pro’ device without upgrading its onboard system memory to at least 6GB like much of the Android-centric competition.

While much of this test’s results rests in the hands of app developers to update their apps to take advantage of the latest hardware, it should be interesting to see if the release of iOS 13.1 will have any impact on the results of this preliminary test.

Do you expect that upcoming software updates will shift the tide of this app-launching speed test? Share your thoughts in the comments section below.