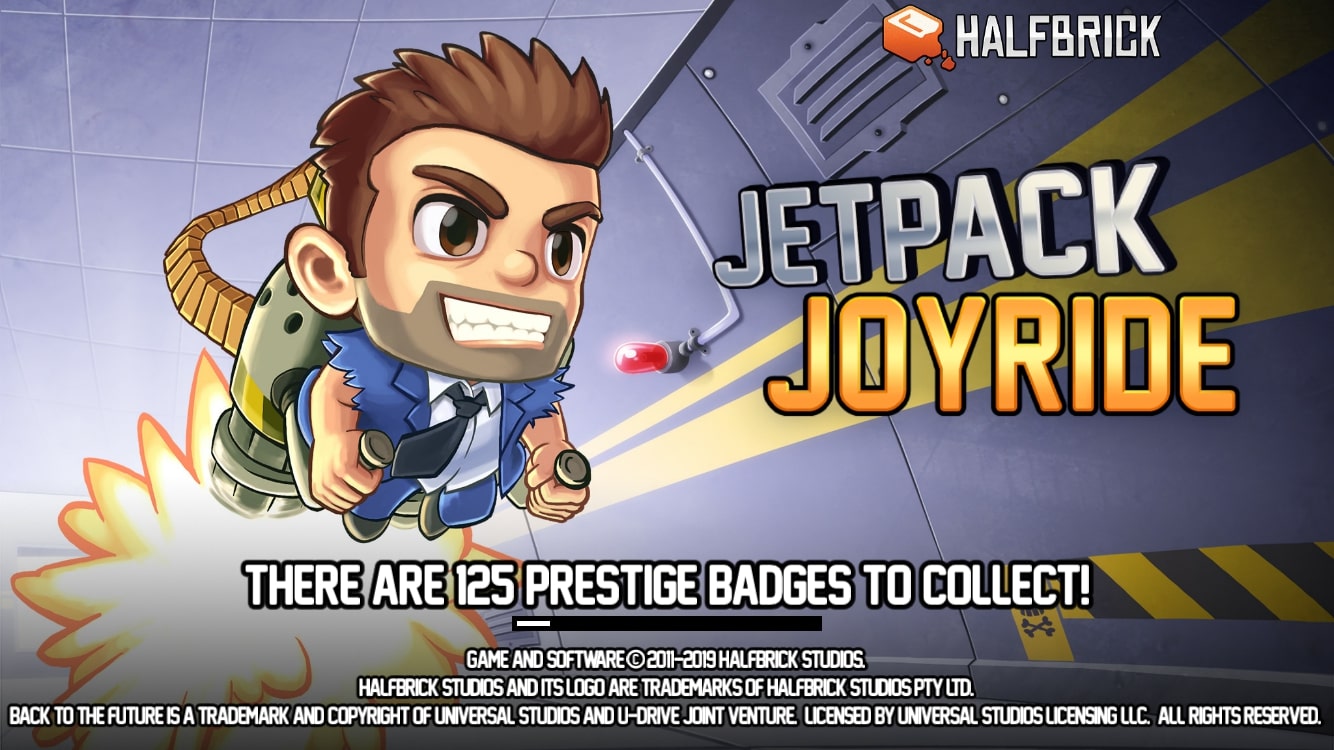 Jetpack Joyride was one of my favorite games for the iPhone back in 2011. It almost feels like it was yesterday when I played it for the first time. Setting nostalgia aside, this game was well-received by players and reviewers. It wasn’t a big surprise, though, giving the fact that it was developed by the studio that brought us Fruit Ninja.

Surprisingly, this game is almost a decade old. Now, there are even plans to make it a tabletop game. As impressive as that is, we need to go back and review Jetpack Joyride to see if it’s good for today’s standards.

Jetpack Joyride is an endless running game developed by Halfbrick Studios. You control Barry Steakfries as he tries to escape from a secret laboratory with a jetpack he just stole. While a side-scrolling endless experience is not for everyone, this game does give you a sense of accomplishment each time you play it. There are a lot of missions for you to complete, so every time you play you’re not just trying to beat your high score. 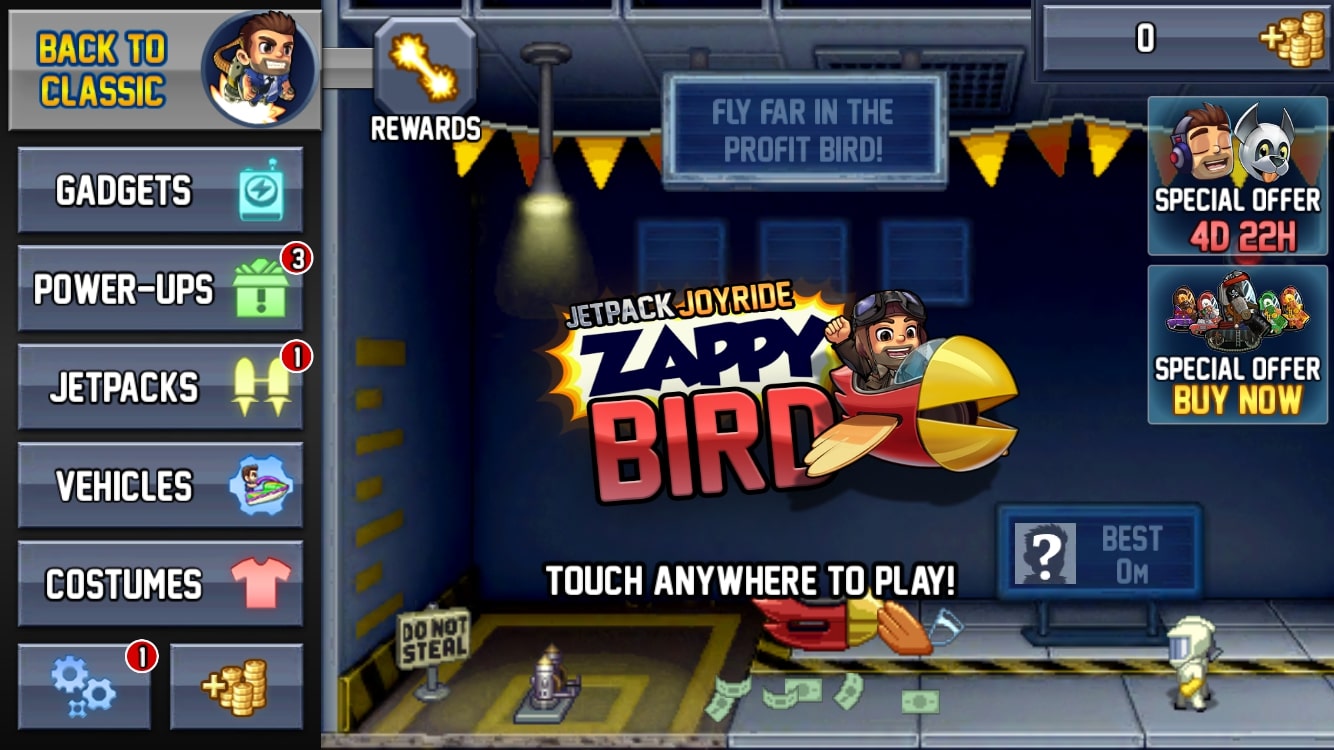 You can also gain experience to level up and collect coins to buy things like gadgets and clothes. There are a lot of collectibles, even more than in its release, so you’ll find a lot of new things when you play it again.

Another change you’ll see in the game is that is more free-to-play than ever. Meaning that you will get ads for everything. Do you want an extra life? You can watch an ad for that. You just lost? Before you play again, make sure to watch this ad, loser! This gets a little annoying, especially when you’re just trying to get a couple of quick runs to kill time.

Now there are events in the game as well. This event is a different way to play the same endless mode or a limited amount of days. For example, at the time of this review, the Zappy Bird event is available. It’s like Flappy Bird, but with lasers.

The experience: Simple and almost addictive 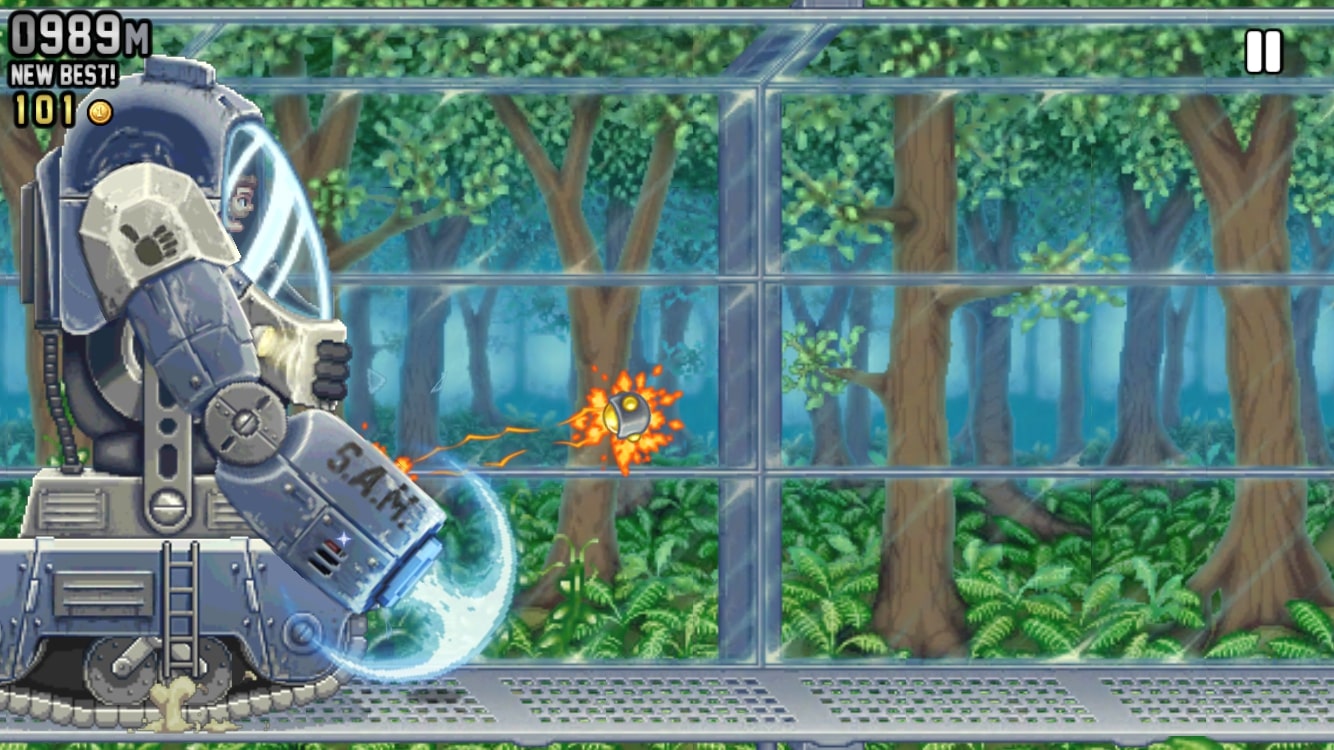 Besides the free-to-play element of the game, Jetpack Joyride is an enjoyable experience. The controls are responsive, just like you would expect from a Halfbrick Studios game. You’ll just need to practice to get the hang of the game’s physics.

You only need to use one finger to control Barry. You’ll know how to play as soon as you pick it up, but you’ll need a couple of games to know when to exactly stop touching the screen to avoid the obstacles or missiles coming your way. This makes the game simple and fun to play. If it didn’t have so many ads, this game would be really addictive.

The game doesn’t look a decade old. The graphics can be compared to some games that are released these days. The music is good but it sometimes feels like it’s elevator music. Still better than today’s music.

Jetpack Joyride is a simple, fun game that will keep you entertained for a while. Although it came out almost a decade ago, it’s still one of the best endless runner games on the App Store. Now it’s packed with new events, gadgets, suits, and S.A.M. While the ads may be annoying, it’s still a game worth checking.

Shout outs to Diego Milano for suggesting this game on last week’s retro review. If you have a game you want me to review, please leave it in the comments.