Badland might not be the oldest game on the App Store, but it sure is one of the best. This game was originally released in 2013 for Android and iOS platforms. Its success led Badland to become Apple’s iPad game of the year in 2013, and since then has been released on other platforms, like consoles and PC.

This game was amazing back then. Now, it may even be overlooked because of its own sequel and a Brawl game that doesn’t share many similarities with the original title. So, if you haven’t played this game and you are thinking if it’s still worth buying it, I’m here to help as we retro review Badland for iPhone and iPad. 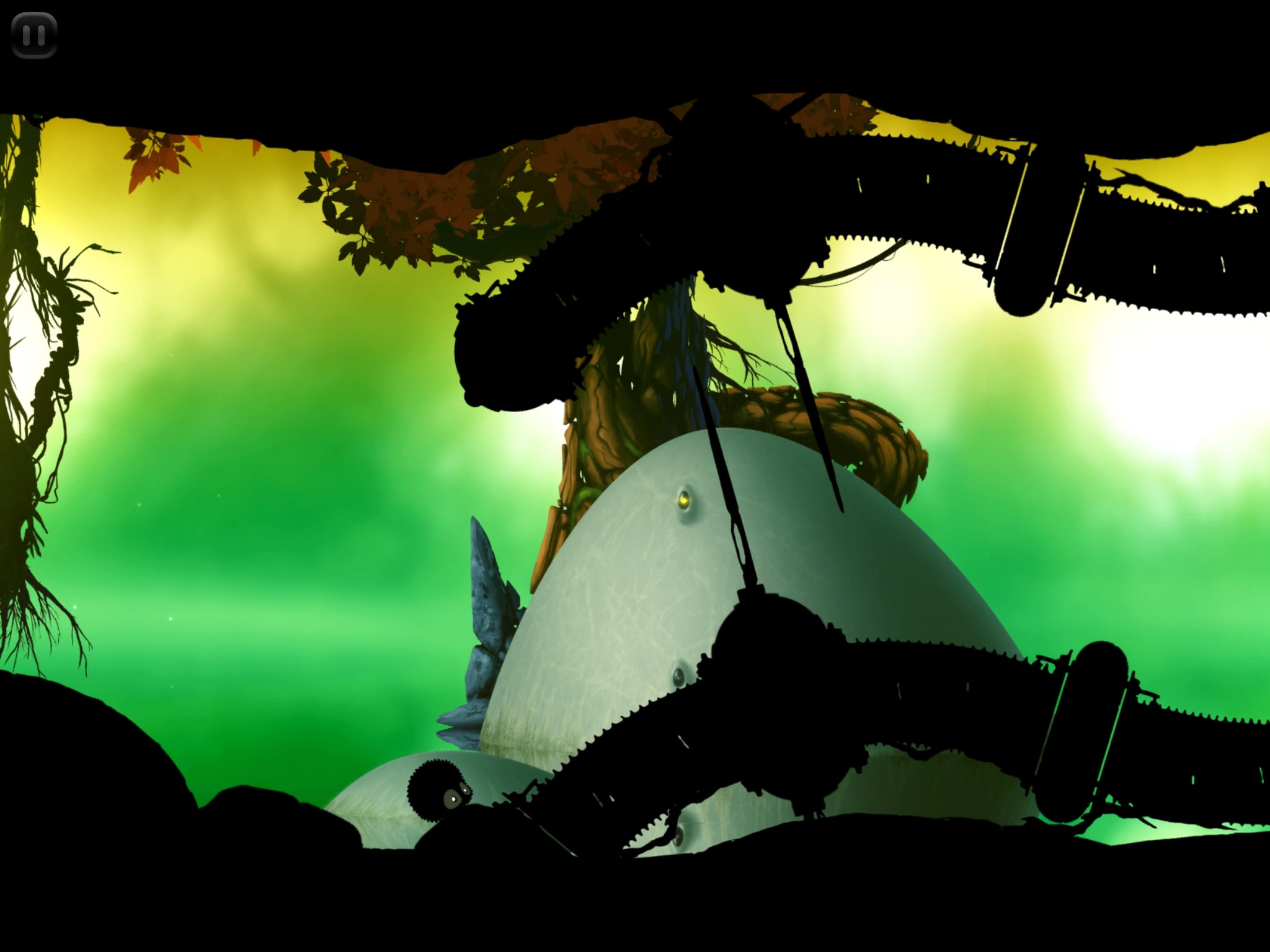 Badland is a side-scrolling adventure game developed by Frogmind Games. You control a clone, a black round creature that’s capable of floating through the beautiful forest it lives in. However, something is wrong with the forest and is your job to go through a lot of hurdles, machines and pointy objects to find out what the problem is. However, the game doesn’t focus on a detailed story. It’s all about giving you a great side-scrolling experience, different from what you usually play on mobile.

And what an experience you get from this game. It’s simple to play, you only have to use one finger to move your clone through a level. You’ll encounter a lot of obstacles along the way. Some might kill your clone, and some will just slow you down so the moving screen kills it instead.

You won’t be alone, as you can clone your clone. There are a lot of power-ups that’ll help you in each level. Each power-up will give you a unique ability. You’ll spawn more clones, you’ll be sticky or bouncy, become big or small, fast or slow. You get the idea. Some are mandatory to beat a specific section from a level, while others are more optional but they will make things easier for you. 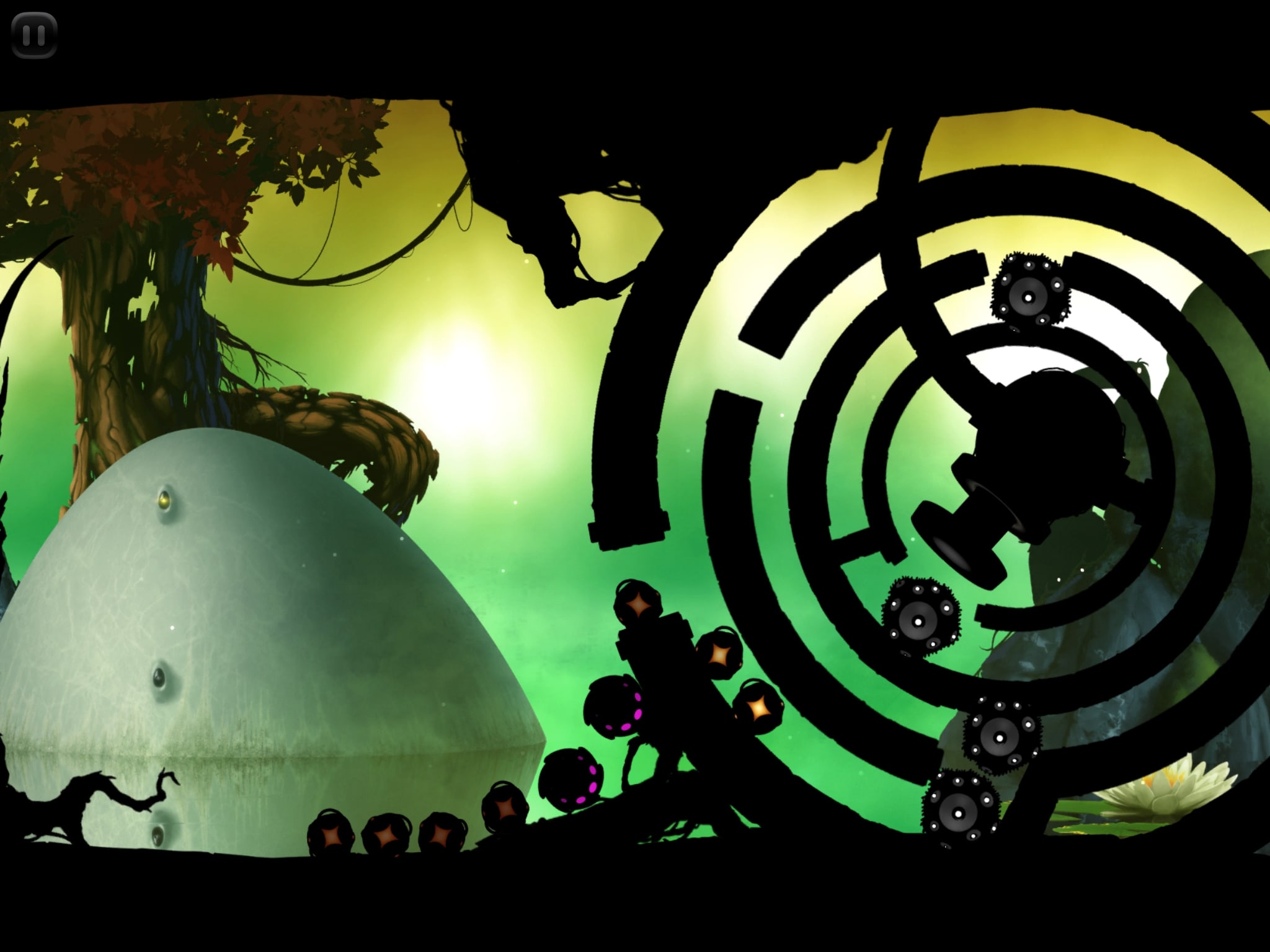 This game has a lot to offer in the music and graphics departments. The sound and graphics haven’t aged at all. This game looks and feels as great as it did before. If you use headphones, you’ll feel like you’re in a forest filled with vibrant colors and unique creatures.

The gameplay, on the other hand, is not as unique. Like I mentioned before, it’s simple to pick up and play. You’ll guide your clone through the level with the help of your finger and the game’s physics to go up or down to avoid obstacles. The physics are great, but sometimes they will help or affect you for no apparent reason.

Sometimes, you’ll want to have more control over your clone because some deaths could’ve been easily avoided if you could just go left or right. But this is one of the game’s challenges. Plus, it’s really forgiving as it gives you a checkpoint after almost every section in a level.  So, if you have a frustrating death on a difficult part, chances are you won’t lose much progress. 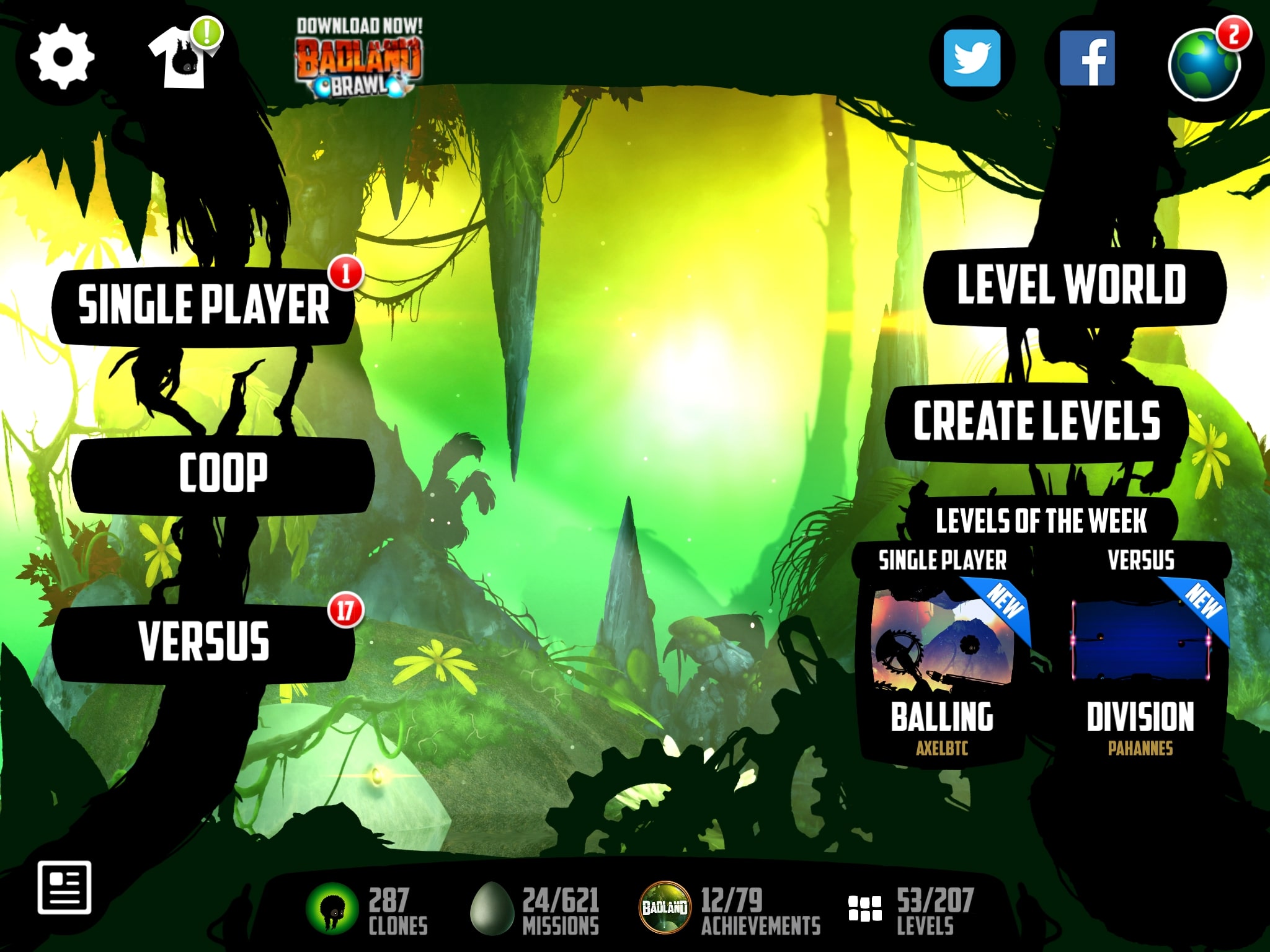 Badland has more than 200 levels in its single-player campaign. But if you’ve beaten them all, or you want to try something different, there are other modes for you to choose from. There’s co-op mode, versus mode, you can create levels, play levels created from other people, including levels of the week for single-player and versus mode. Combine this with the 621 missions and 79 achievements you can complete and the result is a lot of game for a lot of time.

Badland is a great experience that will leave you wanting more. While some levels might kill you for no reason, this will only make you want to play until you succeed. This is a game you should still play today, even if you’ve played it before. Whether you’re looking for a casual game or a game with a lot of levels to play, Badland will not disappoint you.

Badland is available on the App Store for $0.99. If you’ve played this game before and want something new, or want to start with the newest Badland, you can try its sequel Badland 2 for also $0.99.